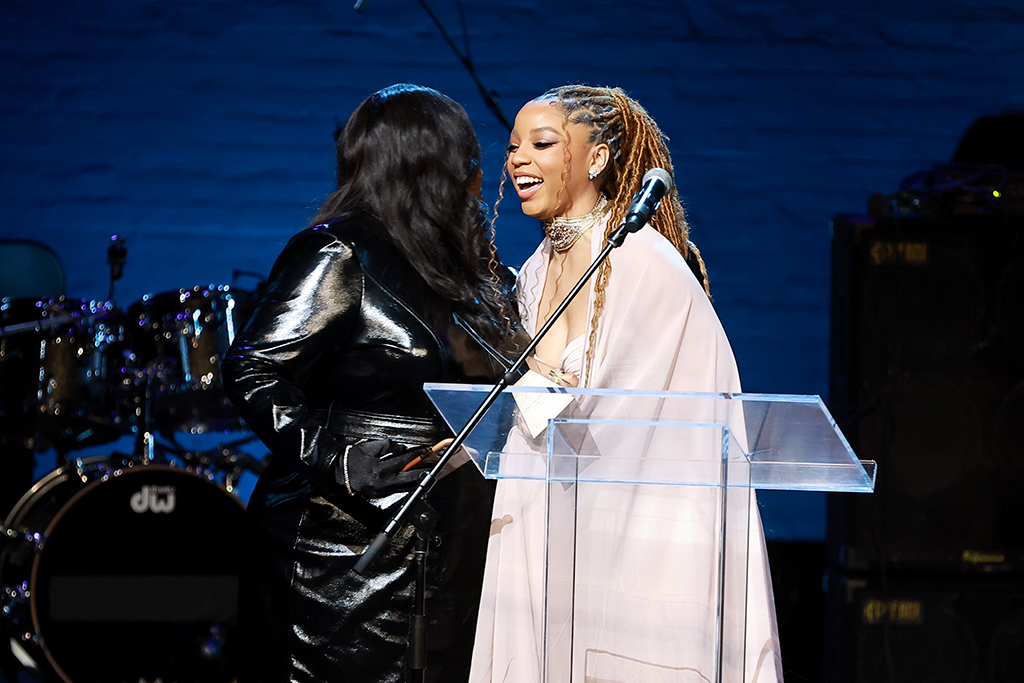 Chloe Bailey graced the red carpet at the 13th Annual Root 100 Gala at the Apollo Theater yesterday in New York. Bailey, who took home the One to Watch Award for her budding solo singing career, brought the drama to the star-studded event, wearing a sweeping Reem Acra dress.

The ensemble was from Acra’s “1001 Nights” 2023 resort collection, which was described as “a celebration of romance, fantasy and modernity” inspired by the collection of Middle Eastern tales “One Thousand and One Nights.”

Bailey’s dress was crafted out of a billowing rose pink hand-draped silk chiffon with dazzling embroidery details and angular cutouts just below the bodice. The garment was layered underneath a matching cape.

Bailey accessorized with silver studs and an elegant choker that matched the embroidery on her dress. She braided back her hair, keeping some of her front-facing strands out to frame her face.

Although they weren’t really visible, thanks to the lengthy hem of her dress, the songwriter wore brown sandal heels to complete her look.

Bailey is a style maven when it comes to her footwear choices. The “Grown-ish” actress has been spotted in styles like thong sandals and chunky sneakers from brands like Tamara Mellon, Balenciaga and many more. She also wears Allbirds sneakers when off-duty. As of lately, Bailey has been spotted in several sky-high silhouettes. Additionally, the multi-hyphenate phenom has an extensive resume in the fashion industry, having appeared in campaigns and runways for Fendi, Dolce & Gabbana and Louis Vuitton.

Bailey also made a towering statement at GQ’s Men of the Year party in West Hollywood, Calif. She opted for a vibrantly printed catsuit by Jean Paul Gautier. When it came down to the shoes, Bailey completed her look with a towering set of platform mules with clear thick straps sitting atop thick pyramid heels.

PHOTOS: Discover Chloe Bailey’s fashion evolution through the years in the gallery.