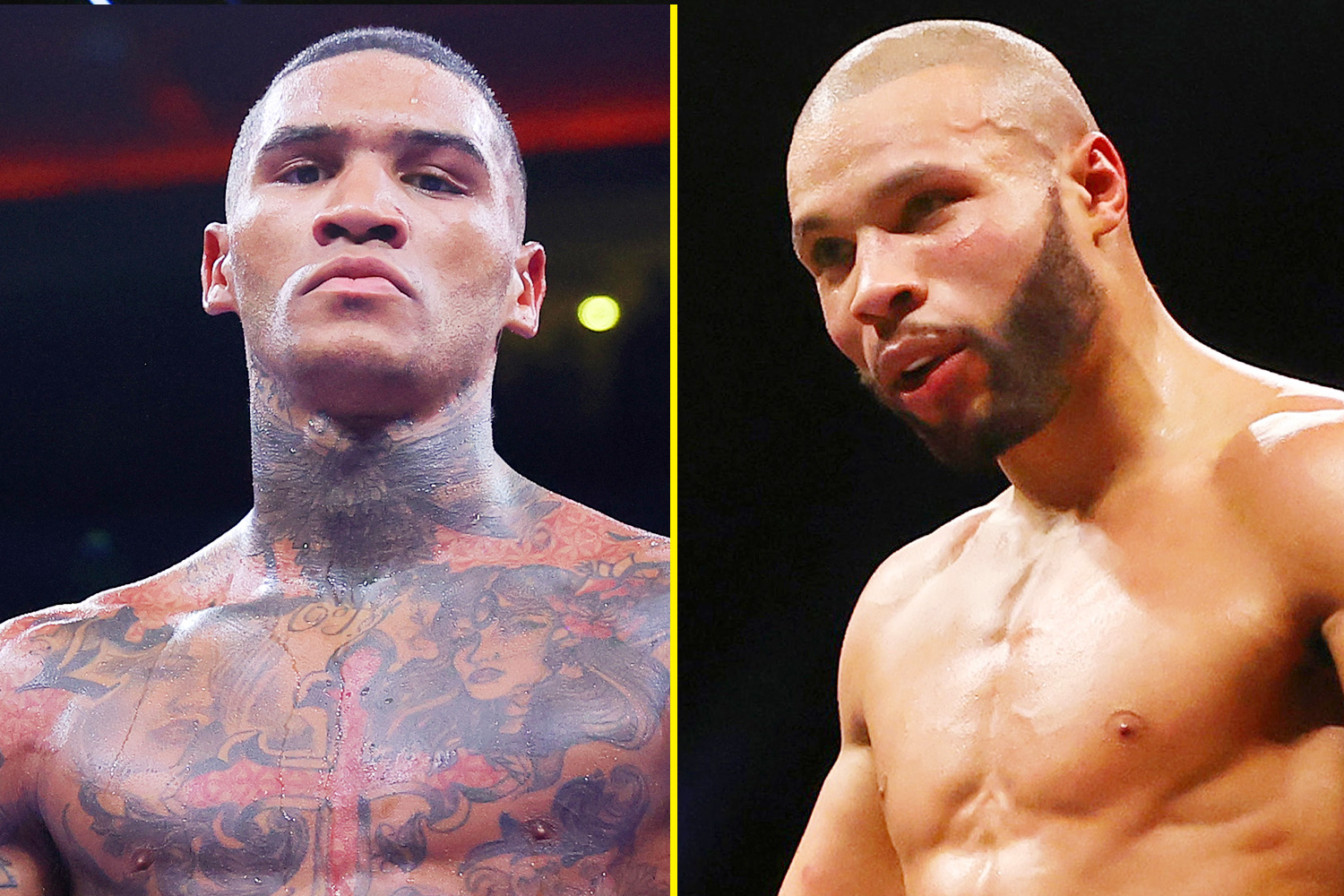 Chris Eubank Jr and Conor Benn might do battle next month as they potentially follow in the footsteps of their legendary fathers.

Nigel Benn and Chris Eubank Sr faced off twice in the early 1990s with Eubank winning their first bout to claim the WBO middleweight title before a thrilling draw three years later.

It was one of the best rivalries in British boxing history and now their sons will look to continue it.

Conor ‘The Destroyer’ Benn remains unbeaten in his career with 21 straight wins and saw off Chris van Heerden last time out in April.

He looks destined for a world title shot soon but will first look to take out great rival Eubank Jr.

‘Next Gen’ boasts a record of 32 wins and two losses and impressed with his win over Liam Williams on last outing.

However, Eubank Sr has claimed he will try to stop the fight over concerns with the catchweight of 157lbs.

So it remains to be seen what happens.

The 12-round welterweight clash is set to be held on Saturday, October 8.

It is taking place at the The O2 Arena in London.

The card will get going at 5pm on the night with Benn vs Eubank Jr expected from 9:30pm.

The fight will be broadcast live on DAZN – the streaming service costs £7.99 per month, you can sign up HERE.

It can be streamed via the DAZN app and can be viewed on smart TVs, game consoles, connected devices, mobile, tablets and computers.

talkSPORT will bring you all the latest news and action throughout fight week too.


Eubank Jr vs Benn is ‘absolutely ON’, despite pull-out demand from Eubank Sr

Benn: “This fight is for the legacy and was an opportunity I felt I couldn’t pass up.

“My team and I had other options on the table as I’m currently ranked top five with all governing bodies at welterweight and no doubt I’m looking for a world championship fight very soon, but this fight is embedded with so much history and I know it’s one the public really want to see.

“To me this fight is personal – it’s more than titles and rankings, this is unfinished business between our families!

“All I know is that from my side, this will be an all-out war, last man standing kind of fight. Neither will give up until the last bell rings.

“I won’t be looking to take this to the score cards though, this will be explosive from the off. I’m so up for this.”

Eubank Jr: “I grew up watching legendary battles and always wanting to emulate that, and find my own arch nemesis… could this now be Conor Benn? We will find out.

“He has walked the same path as I have. I know his struggle. Living in the shadow of a legend and trying to break out of that shadow and make his own name.

“If he can beat me, his name will be made, and he will never walk in his father’s shadow again.

“It’s a fight that’s going to spark the imagination of the British public, that’s what I’m happy about. In terms of anticipation, legacy and hype it’s the biggest fight of my career.”