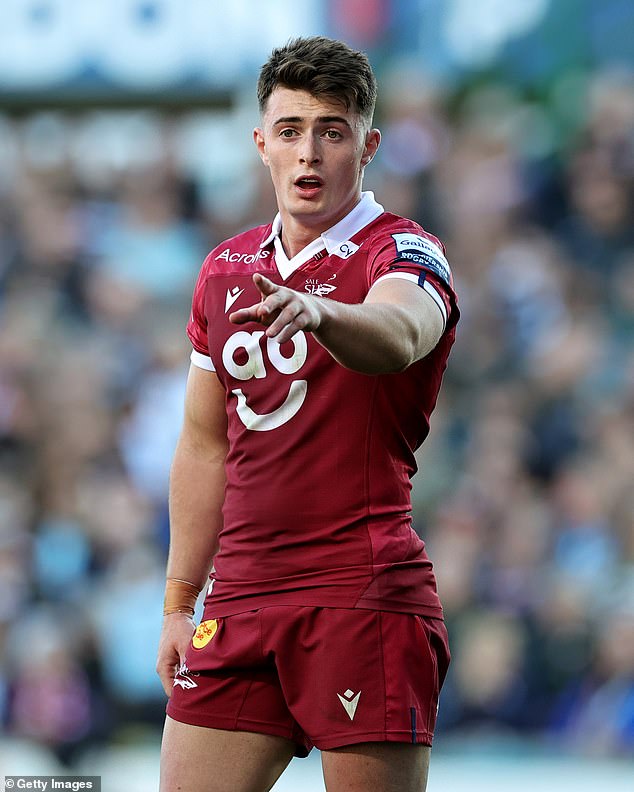 Raffi Quirke inspired Sale to a momentous victory at Leicester on Saturday and provided further proof that England have an array of riches in what was a problem position.

The 21-year-old scrum-half’s first appearance since April quickly turned into a remarkable statement of intent.

Quirke created a try for Tom Curry with a break and deft off-load, then turned up in the right place — a recurring habit — to claim a try of his own after Joe Carpenter had ripped open the home defence. He was sharp and threatening, but also diligent in defence — producing a try-saving tackle on Matt Scott.

‘He was on fire,’ said Alex Sanderson, Sale’s director of rugby. ‘He scored tries, he stopped tries, he set up tries — he was a one-man try machine on both sides of the ball. I’m chuffed for him. It’s been frustrating for him, the last 12 months. He hasn’t played much for us.

‘He’s got big ambitions. He’s got another couple of games to show what he can do and hopefully get himself into that autumn internationals squad, but if Eddie (Jones) is watching that, it’s going to be difficult to keep him out.’

It is indeed, but Quirke must join a queue of contenders jostling for recognition. The days of Ben Youngs being virtually unopposed as England’s pre-eminent scrum-half are very much over. If Jones allows form to cloud his judgment, he has a lot of thinking to do; now and for the next 10 months.

Look at the options. Quirke has burst back into action in the hope of returning to the England line-up a year after his brilliant try secured victory over the world champions South Africa. 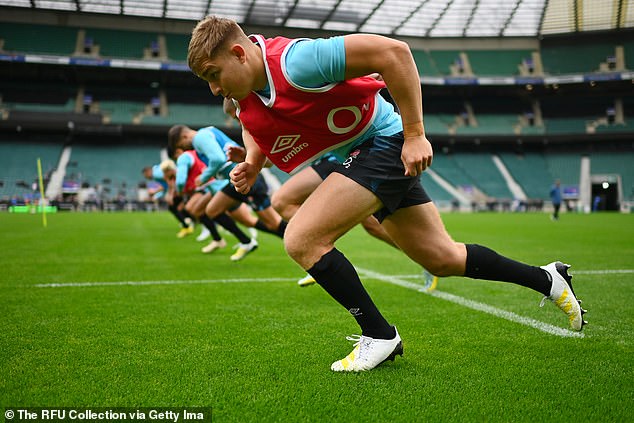 However, Jack van Poortvliet, the Leicester prodigy, was instantly assured during the summer tour of Australia. Northampton’s Alex Mitchell has been outstanding in resuming his push for a Test debut and Harry Randall has regained some of his lost spark at Bristol to show that he can come again as a No 9 candidate. Danny Care is down but not yet out and there are others off the radar who have the quality to step up, including Dan Robson and Ben Spencer.

In addition, Gus Warr has been highly impressive for Sale prior to Quirke’s return. At this rate, England might end up even more spoilt for scrum-half choice than France, who have always been the market-leaders in that particular department.

Youngs will know he has an almighty fight to protect his position, but the Test centurion has tended to be at his best of late when rivals are being trumpeted as the heir apparent.

It is all a far cry from 2019 when England took only two scrum-halves to the last World Cup and one of them is destined to become a quiz question. Willi Heinz was the understudy until the journeyman Kiwi was injured and Spencer was rushed out to Tokyo just in time to play in the final.

Next year, England will take three specialists to the global showpiece. At this stage, it looks like Quirke v Van Poortvliet for the starting role, with Youngs or Care hoping that Jones sticks with his intention of taking a veteran along too. 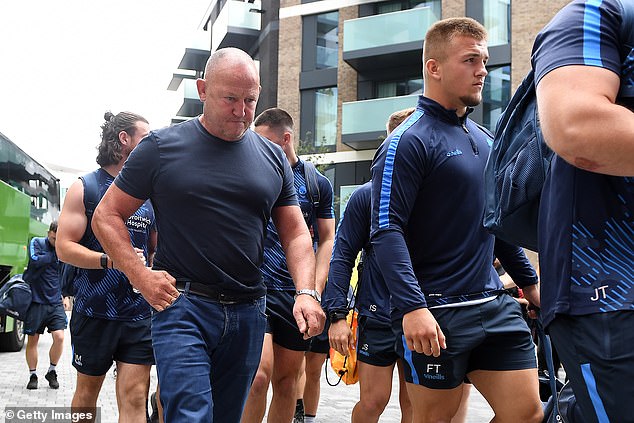 Worcester’s players and staff are largely out of work, and looking for new challenges in rugby

Worcester’s removal from the Premiership and relegation was an inevitable outcome due to the acts of betrayal by owners Colin Goldring and Jason Whittingham.

Now that the administrators have reclaimed control of land at Sixways, there is hope a buy-out can take place, leading to renewed financial stability.

Worcester can re-group in the Championship, but the priority is for those left unemployed to find work.

Most of the Warriors squad and staff are out of work. If any club or union or rugby organisation at home or abroad have any vacancies, here’s hoping they offer a chance to some of those. 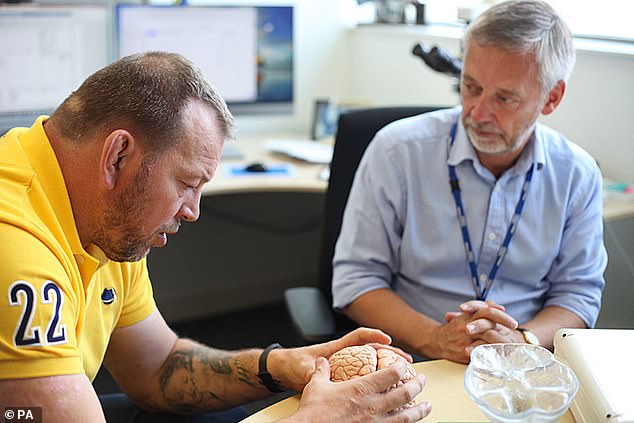 It was troubling to watch Steve Thompson’s documentary on BBC2 — Head on: Rugby, Dementia and Me — to witness the decline in his health caused by so many concussive blows.

Overwhelmingly, the sadness was focused on the medical trauma he continues to endure. That is a critical issue for not just Thompson, but a multitude of other former players, and for the game as a whole.

But there was also a secondary sadness, about seeing how titans of the sport do not remain directly involved. A mainstay of the 2003 World Cup triumph was reduced to the status of an outsider long before he started to pursue his legal case.

At one stage, Thompson was shown chatting to ex-England team-mates Lewis Moody and Ben Cohen — others who have not been sufficiently harnessed.

So few of Sir Clive Woodward’s all-conquering team are having a direct impact on younger generations and that is a waste.