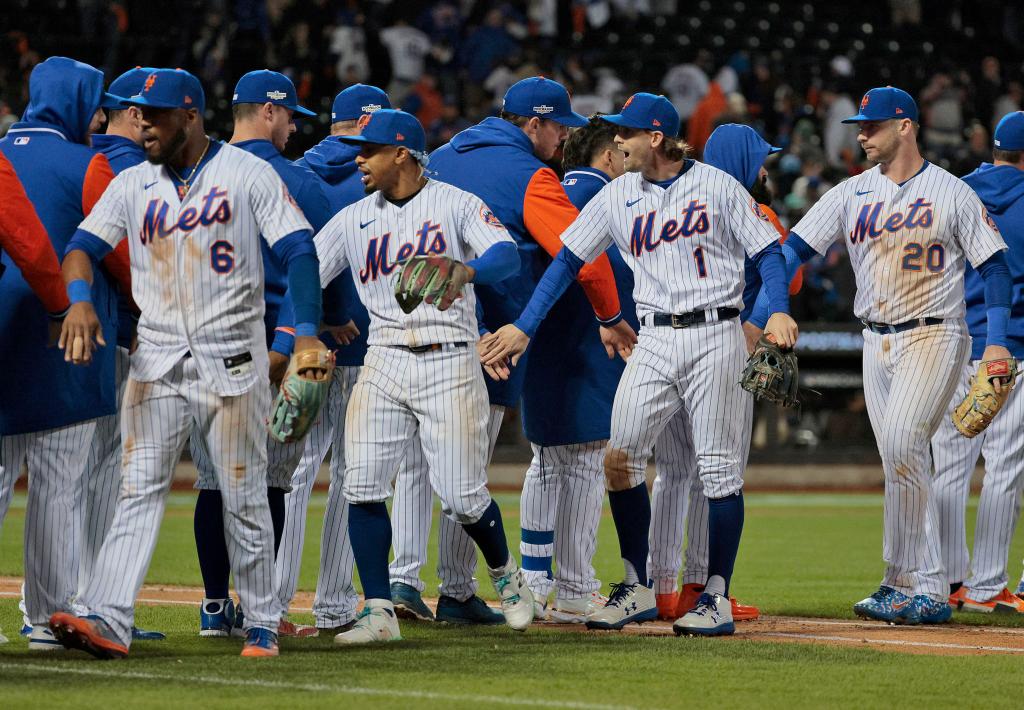 The Mets lived to see another day, and what a day it will be. One game decides this wild-card series with San Diego, and ultimately their season, too. It’s the way it should be.

The matchup with the Padres turned from a deadly downer on Day 1 to exhilarating in the space of 24 hours, thanks to the season-saving, long-lasting, painstaking 7-3 victory Saturday night at Citi Field. But, as practically every Mets fan knows, it can turn back just like that.

The winner Sunday goes to lovely Los Angeles for the NLDS and the challenge of their lives, a date with the Dodgers, winners of 111 games, and the unquestionable marquee matchup of the postseason. Loser goes home, and gets to think about what might have been. If that’s the Mets, with an early postseason exit there will be a lot to regret for a team that won 101 regular-season games, yet fell one game short one too many times.

True Mets fans, who have been through a lot in the past 60 years, are surely nervous. The team, well, they seem excited at the opportunity.

“This is fun baseball,” Pete Alonso said. “I am so excited to come to the field [Sunday]. We are going to come ready to go.”

This is a chance to that doesn’t come along every year. Until Saturday night’s hard-earned victory that seemed like the longest nine-inning game ever, the Mets hadn’t won a playoff game since losing the 2015 World Series.

No one on this Mets team was around for that. But what many of them lack in postseason experience, they compensate for with enthusiasm and belief. Alonso told us on the eve of this wild-card round he believed they could be the last team standing.

And you know what? Many of them in that room here on 41 Seaver Way believe that with their heart, despite the odds and the gauntlet they will have to navigate if they are lucky enough to get past Sunday. The nemesis Braves could well follow the Dodgers. It never ends.

The Mets kept telling us they are a resilient group, and they showed it before another packed house at Citi Field. With co-ace Jacob deGrom slinging it as hard as 101.6 mph and logging six mostly stellar innings, MVP candidates Alonso and Francisco Lindor each hit solo home runs. Underrated star Brandon Nimmo got on base four times, and batting champion Jeff McNeil providing the key two-run hit, as the Mets survived their first elimination game.

Now they have to do it all over again, and this time with a fine but mortal pitcher. Chris Bassitt gets the call in Game 3 against Joe Musgrove, an even matchup of solid veteran right-handers if there ever was one.

More than anything they want to make sure all those regular-year wins don’t go for naught. They need to knock off a Padres team that’s presenting a bigger challenge than we all figured when this series started, and they need to do it with pitching option three.

“Tomorrow’s going to be a lot of fun,” Jeff McNeil said. “The Padres are a great team. But we are going to bring it.”

After the truncated spring training, the 162-game obstacle course that is the regular season necessitated a wild-card round they never figured to be part of — not when they had a 10 ½-game lead, not when they were cruising through the summer, and not when they were building that big lead without deGrom and even Max Scherzer, too, for a time.

Well, Bassitt hasn’t experienced anything yet like what he’ll confront Sunday. He’s navigated New York beautifully so far. But a winner-takes-all postseason game is beyond even the last two nights when he observed two all-time greats take on the visiting Padres, with mixed results.

Bassitt sounded ready to go in the pregame Saturday.

Bassitt is a competitor who will give it his all, but promised not to fixate on how deGrom went about his business. Because he is not deGrom. No one is. We got another reminder of that right away Saturday night, when deGrom was pumping 100-plus mph pitches and holding the Padres down well enough through six impressive innings to extend this miniseries another day.

To even get to the finale Sunday, it took everything the Mets had. It took Lindor, Alonso, Nimmo and McNeil having big moments. And it took closer Edwin Diaz entering the game early. Diaz said the other day he was “open-minded” to do anything to help the team win. Manager Buck Showalter took him literally, and summoned Diaz into the seventh inning, though once the lead expanded by four runs, Showalter removed Diaz two outs into the eighth so he’s ready to go Sunday.

Diaz’s practically perfect season continued, and after trumpets blared, he helped keep the Mets alive for yet another day. And what a day it promises to be.