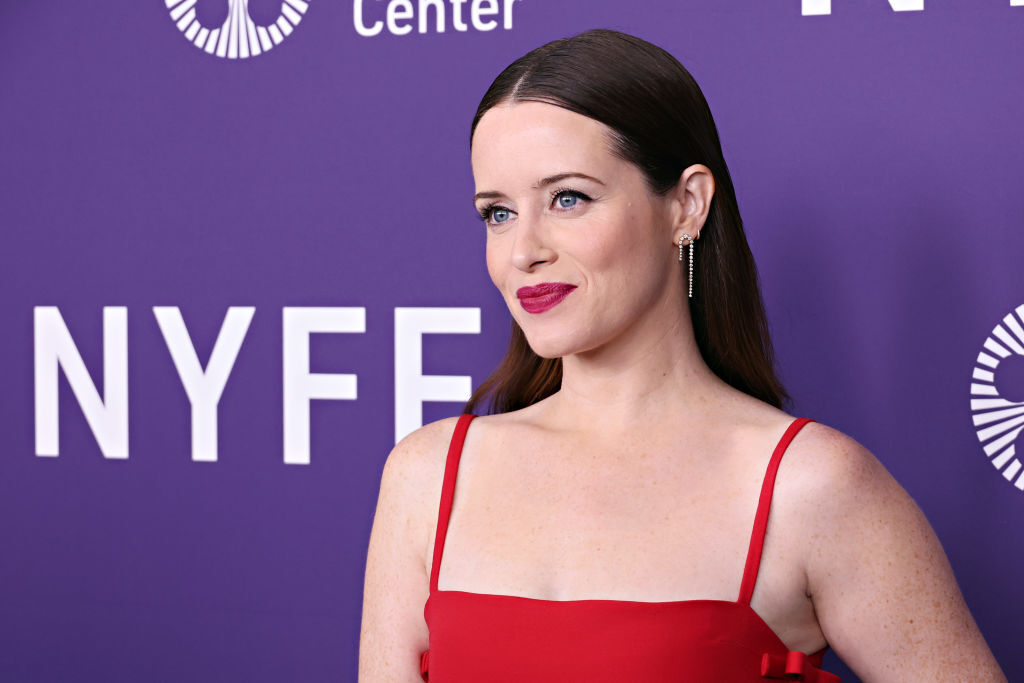 Claire Foy attended the “Women Talking” screening during the 60th New York Film Festival at Alice Tully Hall on Oct. 10. The “Crown” actress looked decadent arriving at the Lincoln Center, where the festival was held.

Foy wore a ruby red midi dress with a straight neckline and three diamond cutouts on both sides of her torso featuring small bows. Her spaghetti strap gown is from Maison Valentino’s resort 2023 collection. The actress added a sparkling touch to the already elegant look with diamond dangle earrings from Sophie Bille Brahe. The glistening piece is the jeweler’s Petite Sandro Nuit.

Foy slipped into open-toe red stilettos to match her dress. The glossy pumps are from a previous Aquazzura collection. Many stiletto sandals feature a simple strap across the toes and a fastener strap around the ankle, creating a barely-there construction. The heel of a stiletto sandal is often 4 inches or above, adding some height for a flattering silhouette.

Foy worked with Nicky Yates to create this stunning look. The stylist has also worked with other stars like Phoebe Dynevor, Julianne Moore, and Salma Hayek.

The actress kept her dark brown hair in a sleek middle part style with a slight wave on the ends. Her glamorous makeup featured a winged liner with a magenta lip. Her glam team for this look consisted of hairstylist Ben Skervin and makeup artist Quinn Murphy. The two have worked on Foy several times before along with other actresses including Reese Witherspoon, Kate Hudson, and Maya Rudolph.

The 2022 New York Film Festival will run from Oct. 3 up until Oct. 14. Stars and creators have gathered in the big city to celebrate over 30 of the year’s most anticipated films. Numerous artists and actors have already been in attendance including Cate Blanchett, Shawn Mendes, and Jodie Turner-Smith.