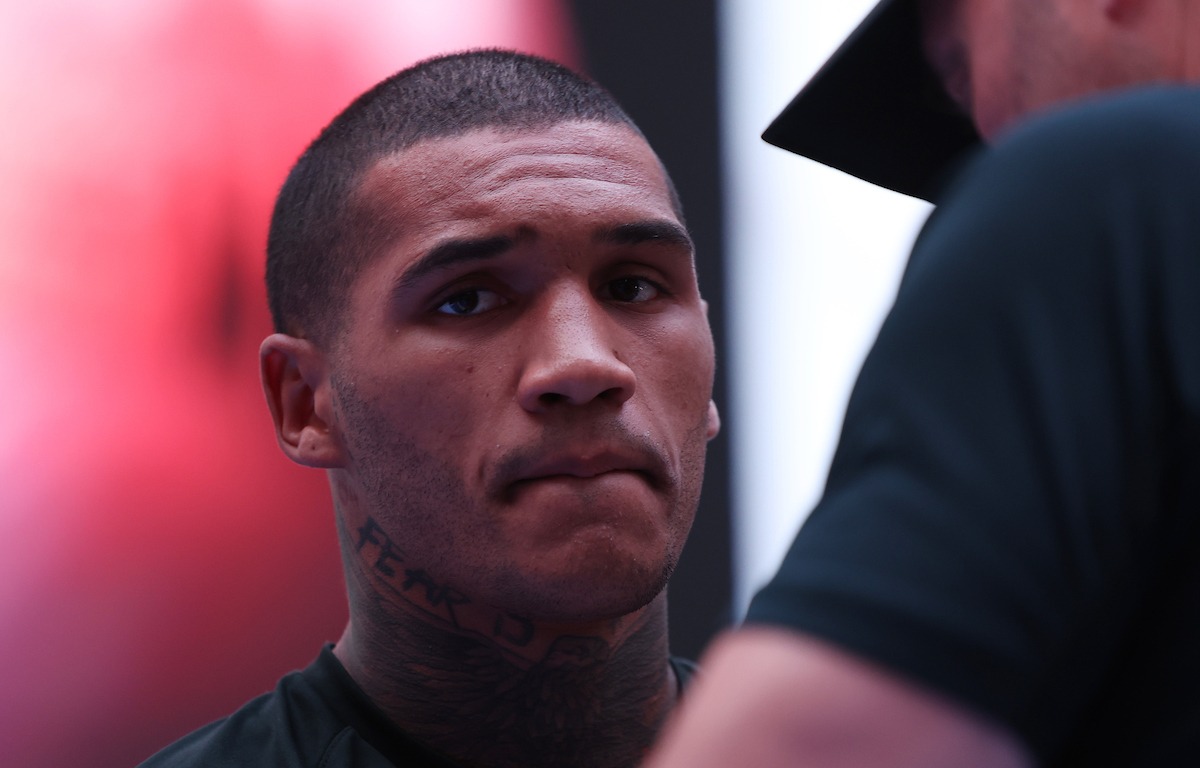 Conor Benn has voluntarily given up his boxing licence prior to a misconduct hearing with the British Boxing Board of Control [BBBofC].

The 26-year-old had tested positive for the banned substance clomifene from a Voluntary Anti-Doping test in August.

The BBBofC then prohibited the clash with Eubank Jr from going ahead, and it was scrapped.

Benn has maintained his innocence and said that he intends to clear his name as a ‘clean athlete’.

The BBBofC released a statement on Wednesday evening giving an update on the latest situation.

It read: “By a notice date 17th October 2022, Mr Conor Benn was called by the Board of the BBBofC to attend a hearing to deal with allegations of misconduct pursuant to Rule 25.1.1.

“The hearting took place on 21st October 2022. On the morning of the hearing, Mr Benn voluntarily relinquished his licence with the BBBofC.

“In accordance with its Rules and Regulations, the Board determined the allegations following the hearing at which Mr Benn was legally represented.

“The allegations of misconduct against Mr Benn were upheld.”

Benn himself released a statement in light of the BBBofC’s update.

It read: “Conor’s focus at this time is solely on clearing his name.

“The Board, however, has made it extremely difficult for Conor to focus on doing that by its conduct of an unfair and biased procedure. In such circumstances, Conor decided not to renew his licence (which had lapsed). Conor told the Board that if it did not accept that his licence had lapsed, then he renounces it.

“He strongly refutes the allegation of misconduct (which for the avoidance of doubt is *not* in relation to the VADA issue) and firmly believes that an independent tribunal will reach a wholly different conclusion.

“At an appropriate time Conor will speak out on this and on the doping allegation, to the extent that he can whilst legal proceedings are ongoing. In the meantime he reiterates, in no uncertain terms, that he is a clean athlete.”

His promoter, Eddie Hearn, joined talkSPORT Breakfast on Wednesday and said we can expect more to come to light this week.

“It’s a little bit difficult for us because Conor Benn has an ongoing legal situation and we can’t say too much around the process, because it’s prejudice to his case,” Hearn explained to talkSPORT.

“In the next, I would think, 48 hours you will see a full statement from Conor Benn around that legal case with his confirmation of all the facts…

“Conor Benn is straight away presumed guilty without any kind of hearing, because that’s generally the way it works in this situation and sometimes that’s fair, but he’s got the big fight on his hands to try and save his career.

“So, in terms of those kinds of facts around the testing and the analysis that will be heard in a court of law and in a hearing, it’s difficult to comment.”