Converse | Create Next with John Boyega 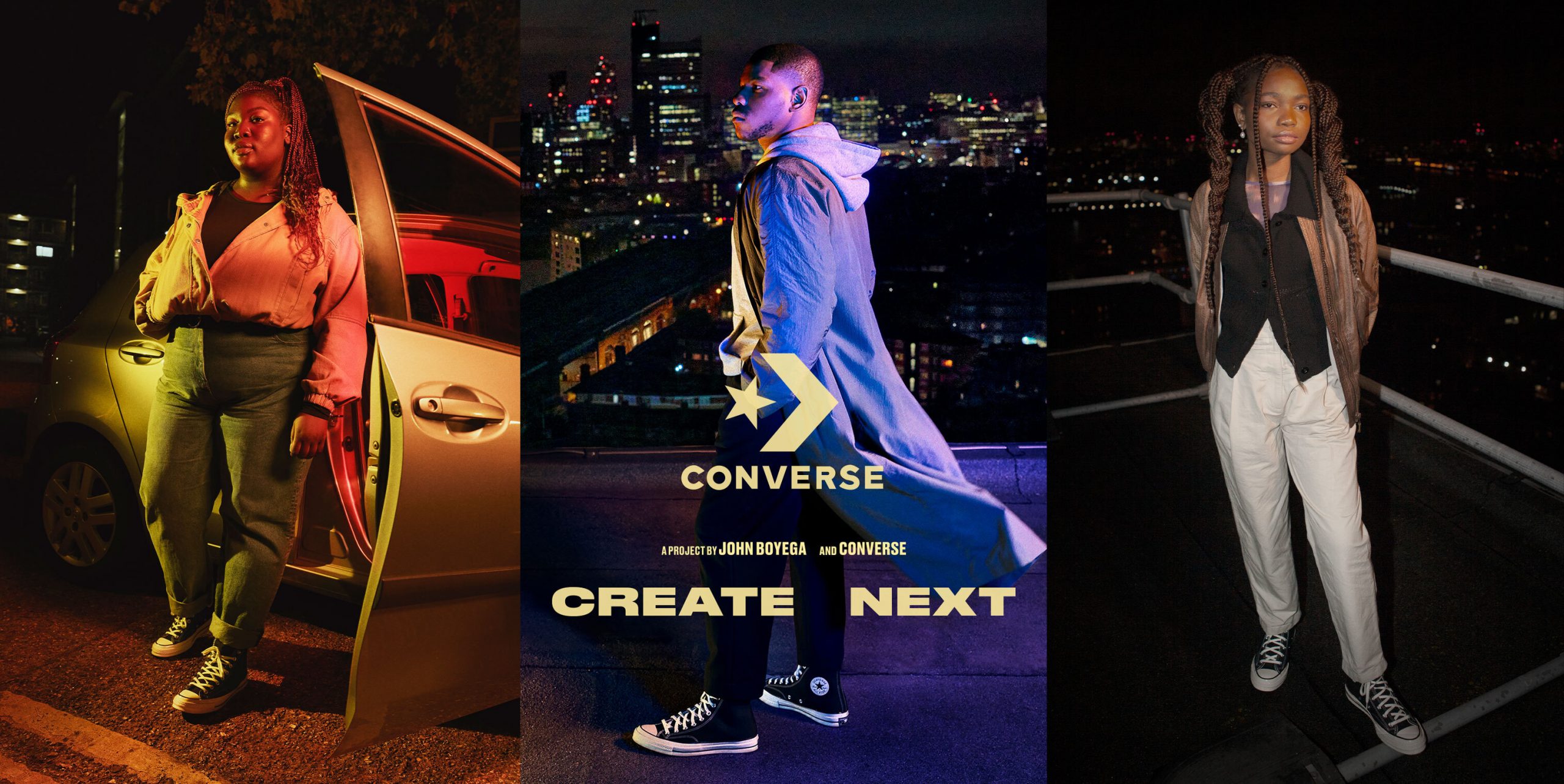 “I’m just trying to start the domino effect.” John Boyega and Converse are joining forces on the ‘Create Next Film Fund’ to nurture a new generation of rising Black filmmakers in London.

“I’ve always wanted to create opportunities and pathways for young budding filmmakers and Converse had a plan and a goal that matched my vision.” – John Boyega

John Boyega is one of the UK’s most famous actors and an inspiration to gamechangers across the world as a passionate advocate for Black representation within the film industry. Born and raised in Peckham, South London, John has starred in numerous acclaimed films, from the cult sci-fi that propelled him into stardom, Attack The Block, to his lead role as Finn in the Star Wars franchise to the multi award-winning Detroit. In 2016, John founded the production company The Upper Room and recently inked a deal to develop a slate of non-English language films that will focus on West and East African stories inviting bigger audiences to experience the culture first hand.

The project will see John Boyega and Converse shine a light on five young, ambitious and undiscovered London filmmakers-Ade Femzo, Kaylen Francis, Kemi Anna Adeeko, Lorraine Khamali and Ibrahim Muhammad -the ones who work night after night, honing, pushing and perfecting their craft -to bring them into the spotlight.

Get to know some of the next gen of rising London filmmakers shaping the future as they Create Next.

Filmmaker and photographer Lorraine Khamali, 22, grew up in Kenya and moved to London when she was just 12. Starting young documenting friends and family, she progressed quickly into working on real film sets as a behind the scenes photographer whilst studying at Uni. She loves finding the beauty in the everyday and describes her work as an intimate exploration and celebration of the beauty found in the people she meets, and the emotions she feels.

“You can pair Converse with anything, style them the way you want, play around and have fun and you’ll look good.” @shotbylorraine

Kemi, 22, is a London based film director, from Nigeria. Starting off as an advertising student Kemi-Anna realised quickly her true purpose sits behind the camera in giving insight into the real stories of people surrounding her. She’s passionate about the positive representation of black communities and in creating narratives that they can aspire to and truly see themselves in.

“To style my Chucks I pair some cute Joggers or straight legged Jeans with a graphic Tee, super casual and ready to have some fun.” @kemianna_

Congress Itself Should Prosecute Those It Charges With Contempt

Everything We Know About the Spinoff Series