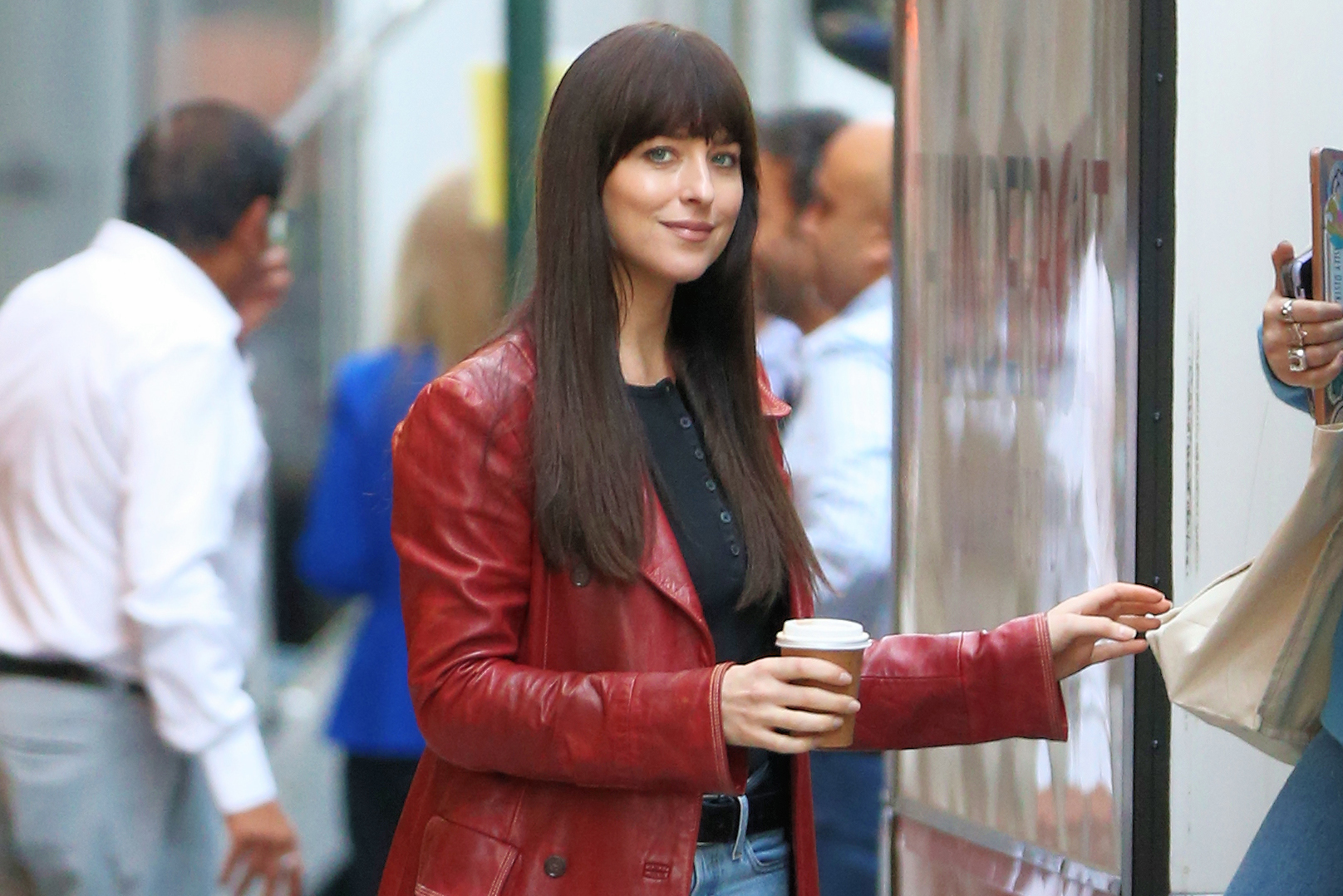 Johnson was photographed on set wearing a deep red leather blazer with a black half button-down crew neck top. She paired the jacket with blue skinny jeans with a black leather belt with a silver buckle. Johnson completed the look with a silver pendant necklace with small hoop earrings.

Johnson styled her dark brown hair in a sleek style with her infamous bangs facing forward. Her minimal makeup featured eyeliner and a nude lip.

The “Fifty Shades of Gray” actress is usually seen in a classic silhouette or chic blazer suit. Johnson usually goes for a stylish pair of stilettos or kitten heels. Even when she’s not sitting front row at a fashion week event, Johnson is still wearing a show-stopping look on every red carpet appearance she makes.  She also has been the face of multiple campaigns for brands like Intissimi and Gucci.

The actress will play the lead fictional character in Marvel’s next film alongside notable stars including Sydney Sweeney, Emma Roberts, and Isabelà Merced. The “Spiderman” spinoff is set to release sometime in 2024.