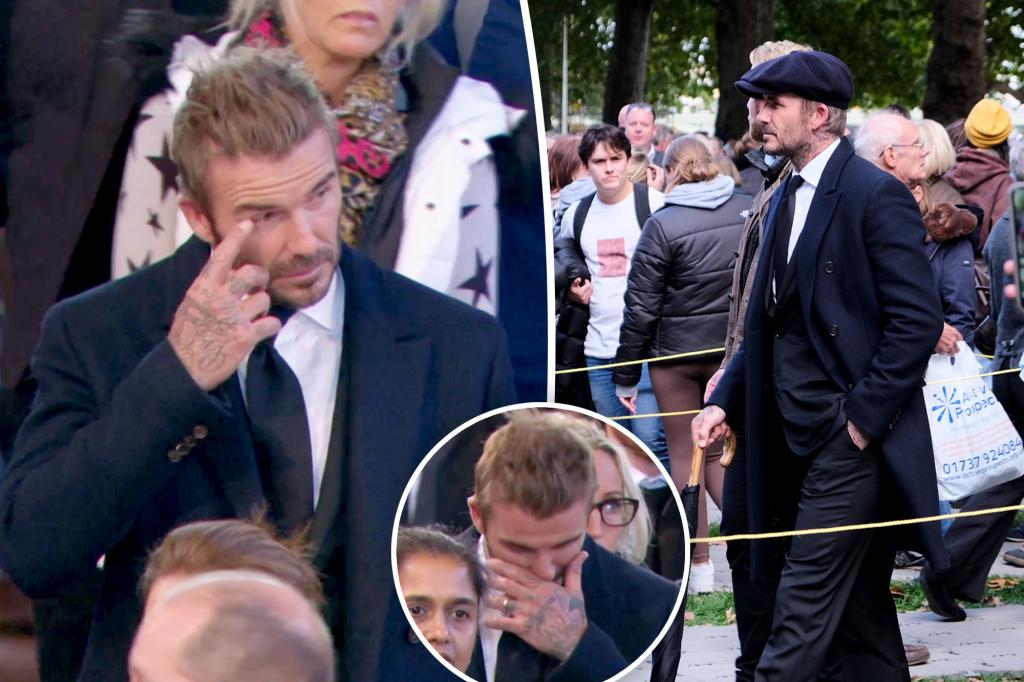 David Beckham was one of the many mourners waiting in the long line to see Queen Elizabeth’s coffin lying in state in London on Friday.

The famed soccer player, 47, was seen getting on the line to Westminster Hall to view the coffin, telling BBC he waited just over 12 hours.

Once he got inside, Beckham was very emotional and seen wiping away tears.

“We all want to be here together and experience and celebrate the amazing life of our queen. I think that something like this today here together is meant to be shared,” Beckham told reporters outside the Hall.

Beckham said he has been sharing food with the mourners around him while on the line. He also noted how he has been in the queue for about 12 hours and even joked about his knees and back hurting while he’s waiting.

Many of the mourners have spent up to 14 hours standing in line to pay their respects to the late monarch.

However, his surprise appearance caused a delay in the queue — with many fans crowding around him to get a photo with him.

Beckham was seen wearing a navy blue hat and a long black coat outside the hall and joined the line early this morning.

“David Beckham, queuing to see the queen lying in state (and possibly still hoping for a glimpse at a knighthood),” one wrote alongside a far-off snap of Beckham.

Another added: “The queue is now full of people trying to photograph David Beckham and forgetting to actually move onwards.”

“Much excitement as David Beckham came by he has been queuing for more than 12 hours with everyone,” noted a fan.

Said one user: “David in the queue with the rest of us to pay his respects… fair play fella.”

The queen died on Sept. 8 at the age of 96, after 70 years of serving the British people.

The general public has been able to view the coffin on Wednesday. It will remain open for 24 hours each day before closing at 6:30 a.m. on Sept. 19 — the day of the queen’s state funeral.

Thousands of sad citizens have been standing to say goodbye — with the government expecting at least 750,000 people this week.

Mourners are required to obtain a wristband to join the line, with water fountains and portable toilets placed along the route for relief.