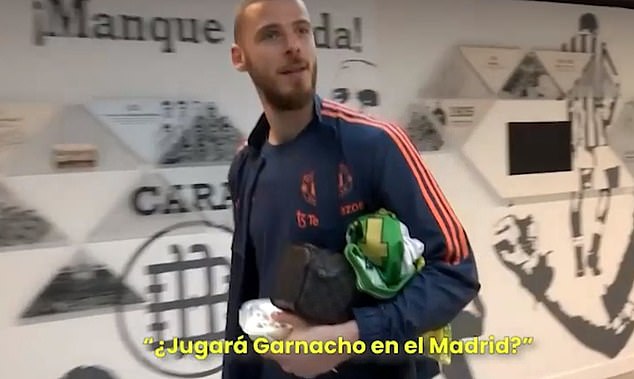 ‘We WON’T let him leave!’: David de Gea tells Real Madrid to forget about Manchester United starlet Alejandro Garnacho… with the youngster ‘catching the eye in Spain’ after his breakthrough under Erik ten Hag

By Thomas Schlachter For Mailonline

Garnacho has impressed for the Red Devils during his breakthrough season and it appears his performances are being ‘monitored’ by Real Madrid.

However, United’s veteran ‘keeper has told Real Madrid in no uncertain terms that the teenager will not be leaving Old Trafford.

The 32-year-old was quick to dismiss the rumours and said: ‘We won’t let him leave.’

Garnacho arrived at Manchester United following a move from Atletico Madrid and Real Madrid will be hoping they can lure him back to the Spanish capital.

The Spanish club’s interest in Garnacho will be a concern to United fans following how well the youngster has started his career at Old Trafford.

The 18-year-old has impressed fans with his tricky performances out wide and looks like an incredibly exciting talent. 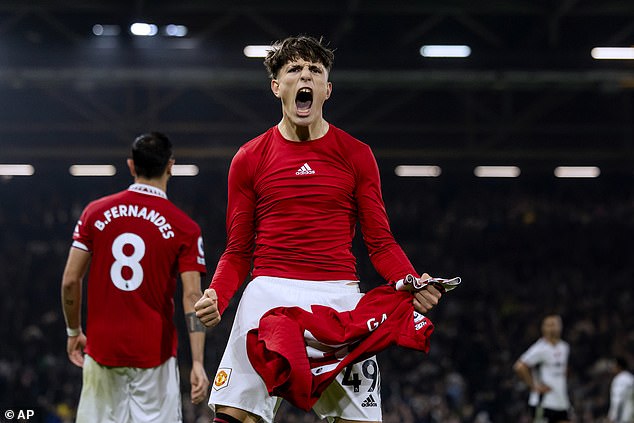 Garnacho has been impressive for Manchester United this season, despite being a teenager

The Argentine even managed to score a last-gasp winner away against Fulham to give his side a crucial win before the break for the World Cup.

Garnacho and Manchester United return to competitive football following the World Cup with a Carabao Cup fixture against Burnley.

This will be another opportunity for the youngster to impress and potentially lock down a spot in Erik ten Hag’s starting lineup. 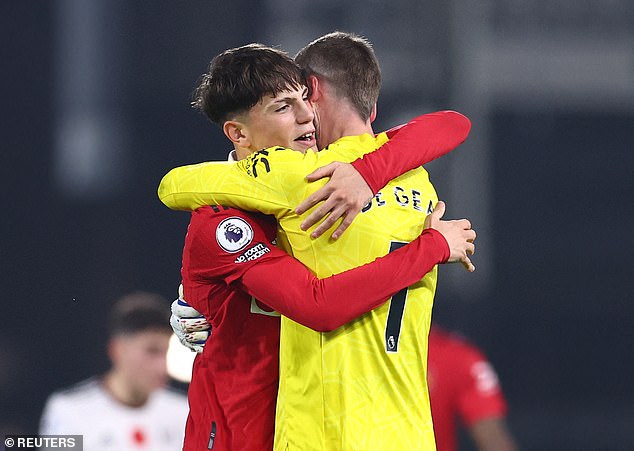