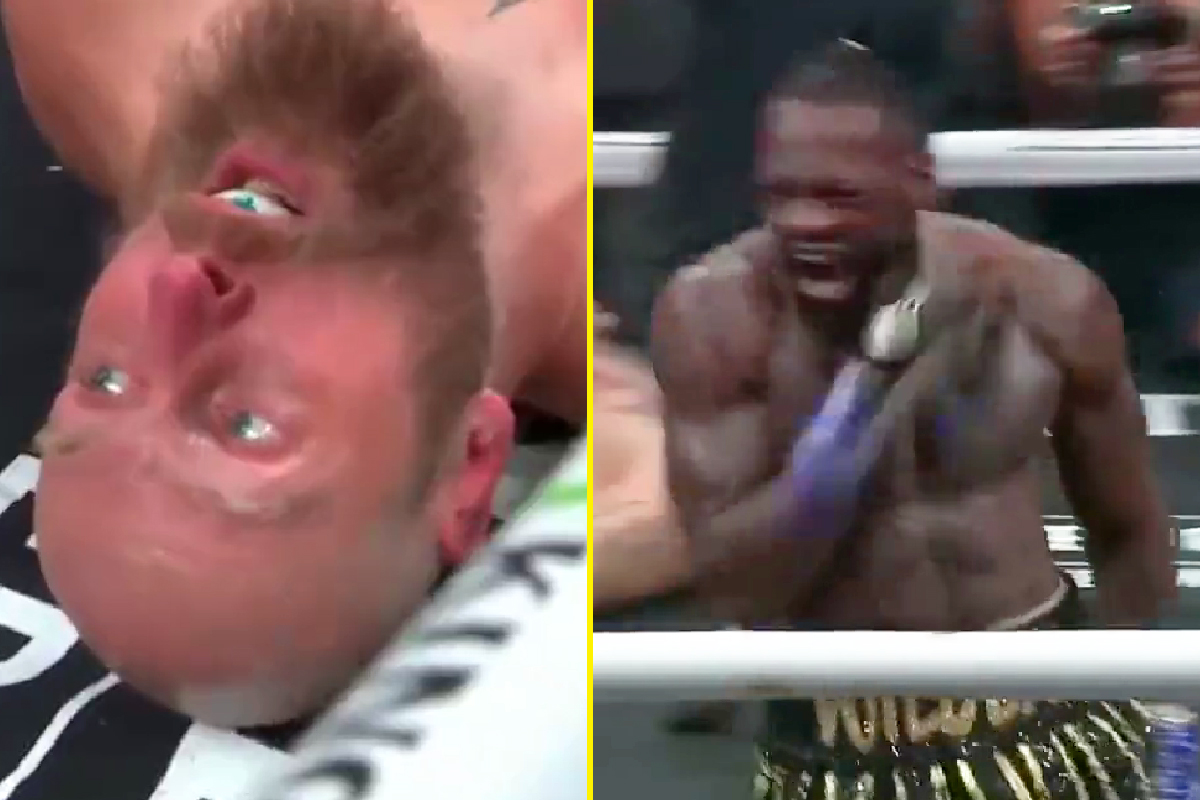 Deontay Wilder brutally KOd Robert Helenius in the first round of his comeback fight on Saturday night in New York.

The Bronze Bomber returned in typical one-punch knockout fashion as he boxed for the first time since being KOd himself in his trilogy with Tyson Fury.

Wilder’s former sparring partner Helenius was selected for the occasion and turned out to be the perfect opponent to allow the American to make a statement.

Within the opening three minutes, the Finnish fighter was flat on his back after being hammered by a hard, short right hand.

Wilder celebrated excitedly, clearly relieved to be back to winning ways.

“It’s amazing to be back in Brooklyn,” Wilder said post-fight.

“I just felt a great energy. I felt the love and support. That’s all I needed.

“I knew it was gonna be a great night and it was.”

DEONTAY WILDER KO IN THE FIRST ROUND!!! 😱😱😱 pic.twitter.com/XEWjlUhHOp

Wilder then watched his KO back and said: “I was making him reach, I was trying to keep my distance.

“Because Robert has the heart of a champion. I know what he is capable of, I didn’t take him lightly at all.

“I saw he really wanted it. I knew that from Robert so I had to take my time.

“I wanted to be mobile, hostile and agile tonight.

“I set him up, I allowed him to reach and then when you reach, I attack.”

Asked who he wants next, Wilder replied: “I’m down for whatever. Whether it’s Andy Ruiz or Oleksandr Usyk.

“Deontay Wilder is back, the excitement in the heavyweight division is back.