Style Points is a weekly column about how fashion intersects with the wider world.

Growing up in Brazil during an era when supermodels felt like the country’s major export, Karoline Vitto didn’t exactly see herself represented on the runway. The favored body type of the time was, as she describes it, “this hourglass figure, where nothing shifts. Nothing is soft. Everything is hard.”

While “Brazil is a very multicultural country, it was still very Eurocentric, and the beauty standards were very stiff in that regard,” she recalls. “I couldn’t see myself, my friends, my mom, in any of these references.” When she began studying fashion, “there was something missing. For me, it was when I changed the body that I would show the work on. That was the moment where everything clicked.” 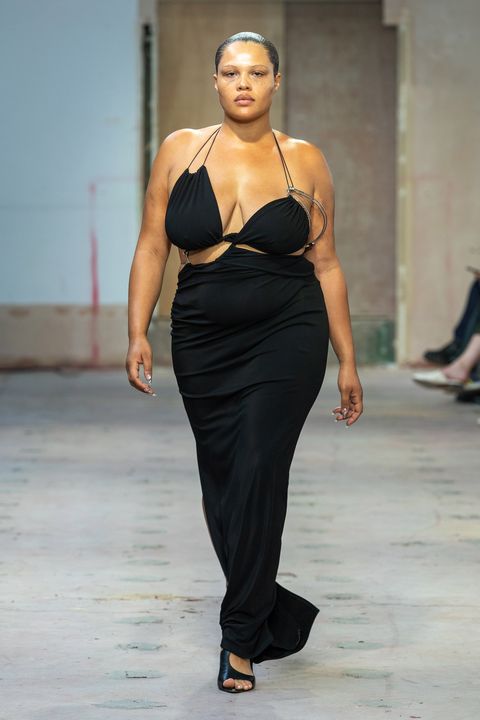 A look from Karoline Vitto’s spring 2023 show as part of Fashion East.

That breakthrough came after she moved to the U.K. and started to feel more comfortable in her own body. As a fashion M.A. student at the Royal College of Art, she decided to make her work “an investigation” of body image and “why I was so obsessed with having a certain body type back then.” Those ideas fueled her eponymous brand, which she showed as part of the Fashion East collective in London this season. Working with casting director Maddie Østlie, she looked for models with a strong walk and a confident personality. There was one other stipulation: size. “No zeros, no twos, and no fours,” she says briskly. (Her line goes from UK 8-28, or in US sizing, 4-24.) 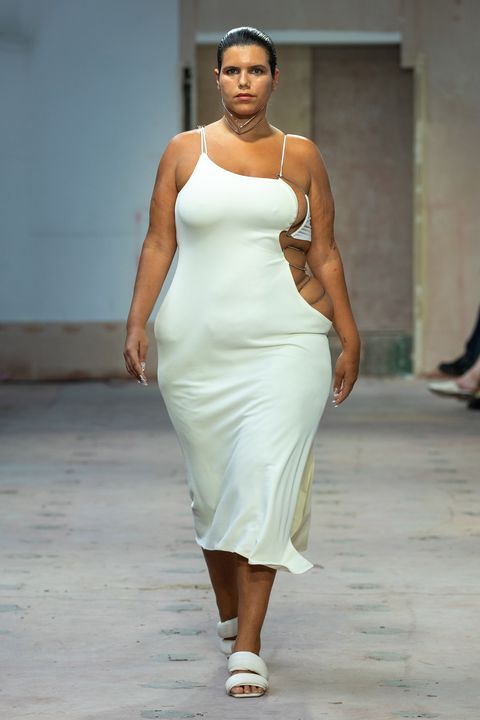 A look from the spring 2023 collection.

Her designs push past typical runway tropes of either oversexualizing or completely covering up larger bodies, and celebrate features that aren’t usually showcased, like fat rolls. (“Why are we not showing these areas of the body? Why can’t they be seen as beautiful as well?” she asks rhetorically.) She used jersey, her favorite material for the way it drapes on the body, paired with metal frame accents. And she incorporated shades of red to represent her support for the Brazilian Workers’ Party. Her work, she says, “is about celebrating areas that we were told to hide. And it is about framing, in the same way that you put a necklace on because you want to frame your face, or your wrist because you want to show your hands.” 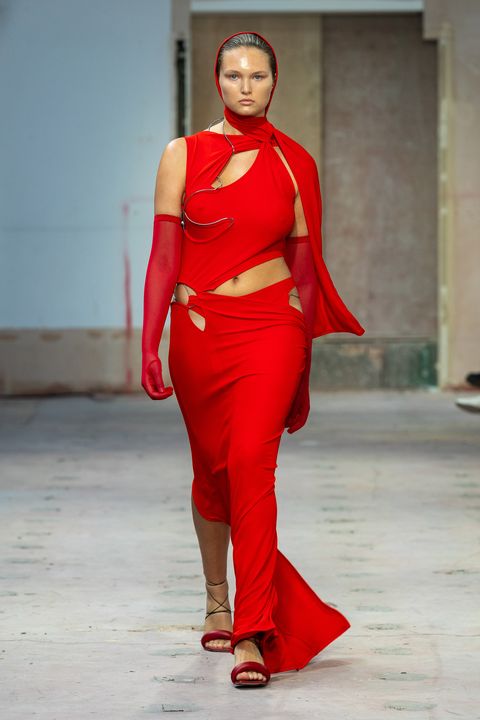 Vitto incorporated red as a way to show her support for the Brazilian Workers’ Party.

Vitto’s approach is in line with that of an up-and-coming coterie of fellow size-inclusive designers, like Ester Manas. But it’s not as aligned with the runway these days, where early-aughts hyper-thinness has returned along with the styles of the time. “That is one of the things that I wanted to consider when I was doing this collection. I saw it everywhere. I was like, ‘Have we not moved on from this already? Why do we need to go back?’” Vitto’s work, with its cutouts and belly-baring, is clearly influenced by Y2K body-consciousness and the trends of her youth, but it’s not dependent on size. Her goal was to revive the era, but “repurpose it and adapt it and just make it work and be reactive [and] relevant to where we are living now.” 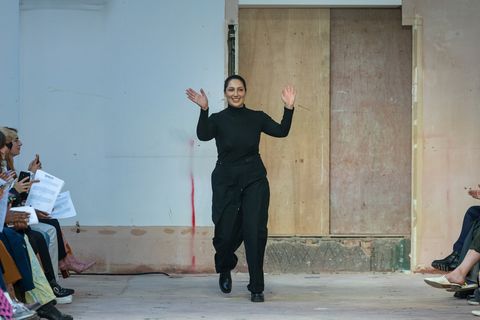 Vitto takes a bow at her show.

“I’ve worn all this stuff,” she says, laughing at the recollection of a visit to a Brazilian beach in the 2000s, where her sister tried on a cutout top of hers and asked, “‘Does my arm go in this hole? Is it meant for my belly button or my leg?’ That was my wardrobe and now I’m reinventing it; it’s ours now.” For women her age who remember but fear this aesthetic, she made some tweaks. “We have a low waist, but this one just feels a lot nicer. So it’s higher on the back, and it’s adjustable in the back. You want it to be comfortable and you don’t have to worry about showing your bum crack.”

“I remember how that felt. I don’t want to feel like that,”she adds. “I just want to translate it in a way that makes sense. And I wanted to make possible for more varieties of shapes and sizes to be able to see themselves in these trends, because I don’t like this conversation of, ‘We’re going to bring back the bodies as well.’ We’ve moved on.”