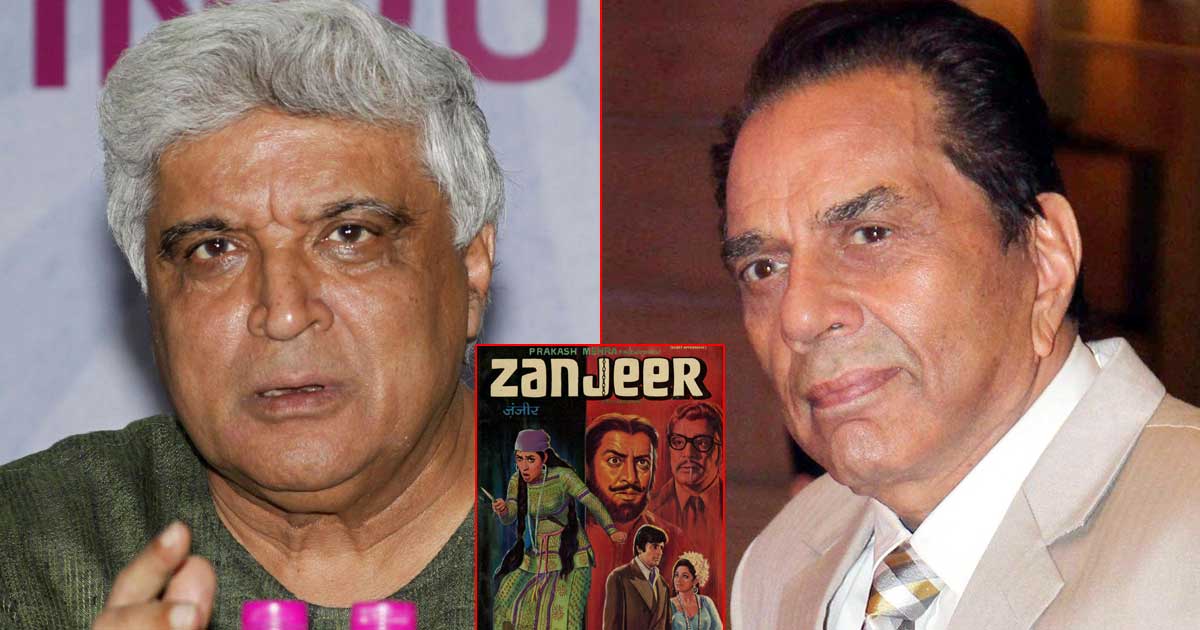 Recently, Javed Akhtar made some revelations about the 1973 film Zanjeer starring Amitabh Bachchan, and since then, the news has been hitting the headlines. Apparently, Big B wasn’t the first option for Prakash Mehra’s film, it was Dharmendra. But for some reason, the veteran actor had rejected it and later it had gone to Amitabh Bachchan, and the rest is history.

Well, now, Dharmendra who never shies away to speak his mind broke the silence regarding the matter and shared his opinion, slamming Javed Akhtar in some poetic lines. Scroll below to read about it!

For those who don’t what Javed Akhtar had said, well, in an interview with India Today, the writer opened up about the film Zanjeer and talked about how Amitabh Bachchan was the last option for the lead. He had said, “Amitabh Bachchan was actually the last choice for Zanjeer. The script was written for Dharmendra ji but for some reason he later refused to work on it. Prakash Mehra now had a script but not a leading man. He was also producing a film for the first time since he had only directed before that. He went from actor to actor to offer the role. Some of them are not in this world while some of them are. Everybody refused to do this film.”

Javed Akhtar further added sharing that he understand why the actors had rejected it, he shared, “I can also understand why they refused. It was a time when Rajesh Khanna was considered a God, music was a must in films, and Zanjeer offered no romance angle or even comedy. The hero was not even singing here. From the first frame to the last frame, he was supposed to be a very grim, serious, bitter person. This was never seen that time on the screen so obviously, it was so different so everybody refused.”

Well, whatever had happened, Zanjeer had really changed Amitabh Bachchan’s acting career and gave him the title, ‘angry young man’. What do you think of this rife? Let us know in the comments!