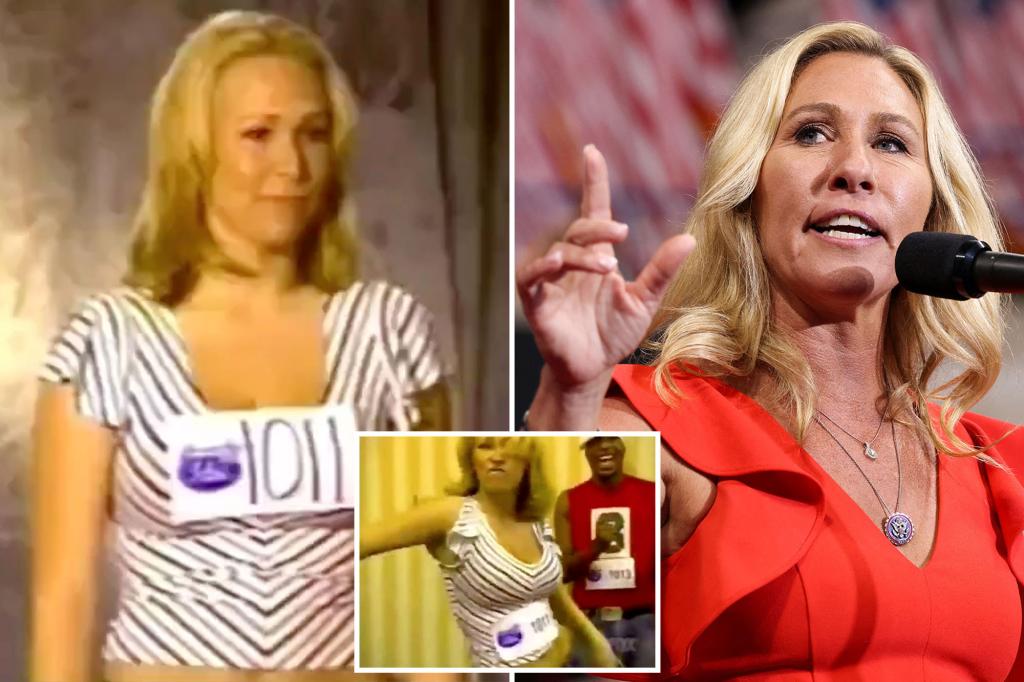 A resurfaced video from the first season of “American Idol” in 2002 has Twitter users doing a double take at a blonde, energetic hopeful who very much resembles Georgia congresswoman Marjorie Taylor Greene.

However, the woman in the video — which has 1.2 million views and over 37,900 likes since it was posted on Sunday — claims her name is Stefanie Sugarman, 23, and says she is from Alta Loma, California, despite Greene hailing from the Peach State.

“My biggest worry right now is telling work how I’m going to miss Monday. Calling in sick. Sorry, boss!,” the woman says to the camera in between some Britney Spears-inspired dance moves in front of fellow contestants.

Once in front of judges Simon Cowell, Paula Abdul and Randy Jackson, Sugarman states she works in “marketing for cheese. I sell provolone and mozzarella,” before launching into a chaotic version of “Knockin’ Da Boots” by H- Town.

All three judges laugh during her animated performance, but Abdul summed things up by telling Sugarman she’s not the next American Idol.

“You woke us up, that’s for sure,” the “Straight Up” songstress silver lined Sugarman’s effort.

Sugarman doesn’t take the rejection well and pleads to “sing about cheese,” before the judges dismiss her, only to return to the audition space, claiming she didn’t receive a verdict.

“Do you have a twin?,” Cowell asks as she walks back into the room.

The judges remind her that she’s “not good enough” for a golden ticket to Hollywood, to which Sugarman replies, “Oh, hell no.”

It’s unclear if the woman in the video’s name really is Stefanie Sugarman or Taylor Greene has an almost identical doppelganger.

According to TMZ, a woman named Stefanie Sugarman does exist with the same Alta Loma and San Bernardino county area roots and birthday the woman shared with “Idol” producers.

Sugarman told the show that she was born in 1979, which would make Greene — who was born in Georgia in 1974, five years her senior.