Did you know? With Permission to Dance, BTS now shares this Billboard record along with Drake 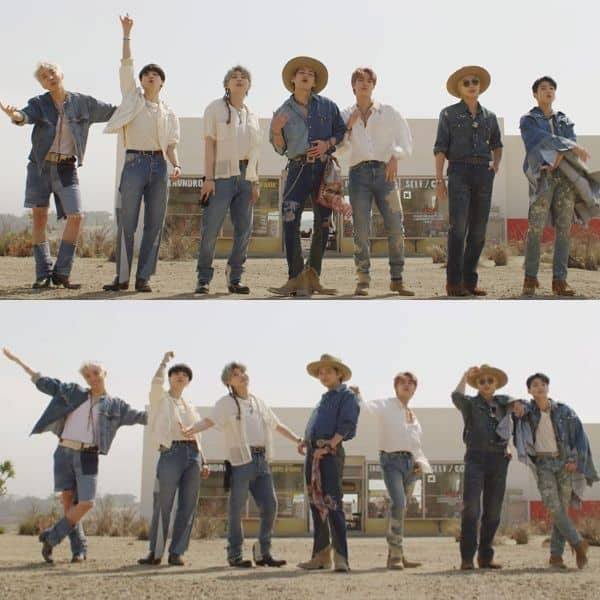 BTS also achieved a milestone that was most recently set by Drake. After Butter, it is Permission To Dance at No. 1 on the Hot 100. Billboard announced that BTS became the first artists to replace themselves at No. 1 since Drake. Drake’s In My Feelings had replaced his song, Nice for What on July 21, 2018 chart. RM aka the leader of BTS, Kim Namjoon took to his Weverse handle and penned a heartfelt thank you note after Permission To Dance dethroned Butter. The translation of the same reads, “I have mixed emotions !! because I continuously wasn’t unable to see you. My joys and sorrows were in a buried state, but today I want to close my eyes and enjoy while dancing! It’ll be fun for sure! Thank you sincerely for presenting these feelings it’s truly an honour, thank you! I would like if one day we can embrace each other and share with each other the joy we couldn’t share! Thank you with all of my heart.” Also Read – Trending Entertainment News Today – Raj Kundra used to earn Rs 6-8 lakh daily through adult film business REVEALS Mumbai Crime Branch; Salman Khan has a SECRET wife Noor and a 17-year-old daughter in Dubai?

Suga who wanted ARMY to pass the baton to Permission To Dance is super stoked. He expressed his happiness on Weverse saying, “I’ll give permission to dancing!! Let’s all dance enjoyingly today! Thank You ARMY.” Also Read – BTS congratulates their Boy With Luv singer Halsey on welcoming her first child with boyfriend Alev Aydin

At Rushford, Yoga an Important Part of Addiction Treatment

Is Robinhood having its own GameStop moment?