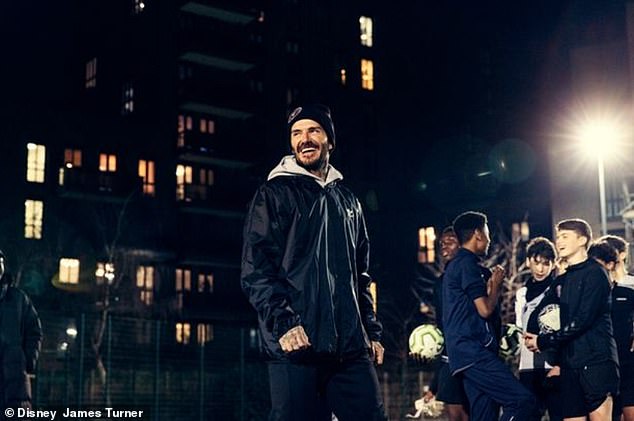 By Liam Morgan For Mailonline

David Beckham has made an emotional return to mentor players at a struggling club in his boyhood league in East London as part of a new four-part documentary.

The ‘Save our Squad’ series sees the Disney cameras follow former Manchester United and England legend Beckham as he visits Westward Boys, which used to be coached by his dad Ted.

The team are in the same league that he played in as a boy – Ridgeway Rovers – and are battling relegation.

In the film, Beckham, 47, mentors the players at the club and also takes them on a tour of Wembley Stadium.

‘For me it started when I was seven years old playing over the park, wanting to play for a Sunday league team,’ Beckham says.

‘My dad helped me find an article in the paper that said that they were starting a team. We actually ended up being pretty successful and ended up winning the league quite a few times. 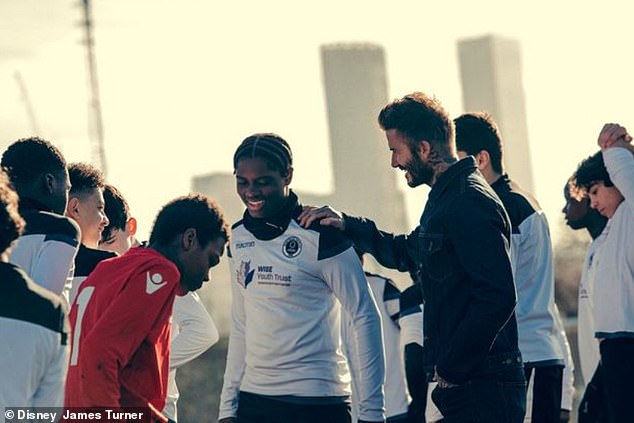 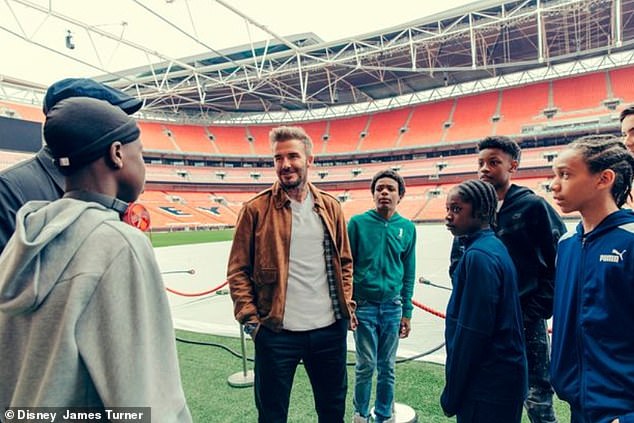 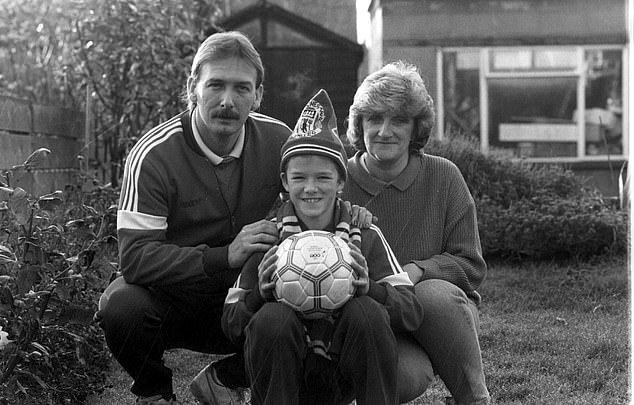 ‘Obviously the boys saw me as David Beckham the Manchester United player, the England player, the Real Madrid player and all the other teams that I’d played for.

‘But then, once I sat with them and had a conversation and said: ‘This is how I started, I started in this league, I started as a Sunday league player and these are the problems that I’ve faced,’ we had an instant connection.

‘There are so many moments throughout this series that have been incredible moments for me to see, and proud moments.’

Beckham says in the heartwarming documentary that it is about more than achieving success on the pitch with the young team.