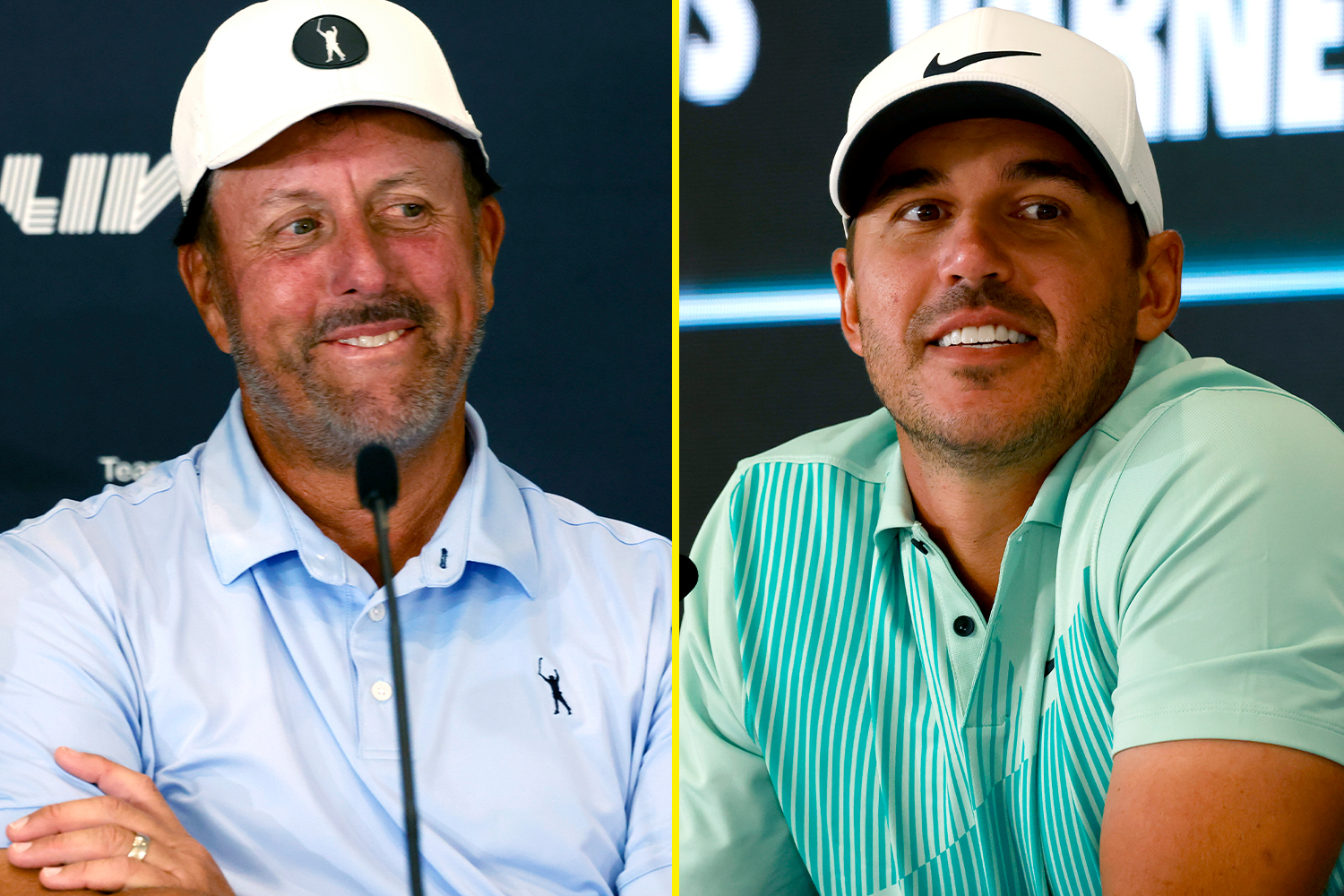 Brooks Koepka and Phil Mickelson turned up the trash talk ahead of the LIV Golf finale.

The two Americans are among the more famous stars who have defected from the PGA Tour to the controversial Saudi-backed breakaway league.

Koepka is captain of the leading team and that comes with the perk of selecting his opponent from any of the remaining seven teams without a first-round bye.

In a joint press conference with all of the captains, Mickelson told Koepka to pick him for a rematch of the 2021 PGA Championship, which ‘Lefty’ won by two shots.

Koepka, the two-time world No.1 and four-time Major winner, hit back: “If you wanna play we can play but, I don’t know if you know this cause you’ve never been No.1 in the world but if you finish at the end of the year they give you a little trophy so I got two of those, I’ll bring one to show you.”

Mickelson peaked at world No.2 during his prime, playing second-fiddle to Tiger Woods for large parts of his career.

And he responded: “That’s a beautiful green shirt, do you have a green jacket?”

Mickelson’s six Major titles include three Masters wins, while Koepka is yet to wear the green jacket.

Ironically, world rankings and participation in the Majors are serious problems for LIV rebels, who have been all-but disowned by the rest of the golf world.

While the likes of Koepka and Mickelson have exemptions for the upcoming Majors as recent winners, it remains to be seen whether Augusta National and the other organisers will adjust their rules.

Meanwhile, LIV Golf currently offers no Official World Golf Ranking points, which many others need to qualify for the Majors.

It also means neither Koepka nor Mickelson will be claiming the crown of world No.1 any time soon, as their place in the rankings continues to tumble.

Rory McIlroy is the reigning king of golf, returning to his place at the sport’s summit after victory at the CJ Cup last week.

He is LIV Golf’s fiercest critic and the biggest ambassador for the PGA Tour in its fight against the breakaway league.