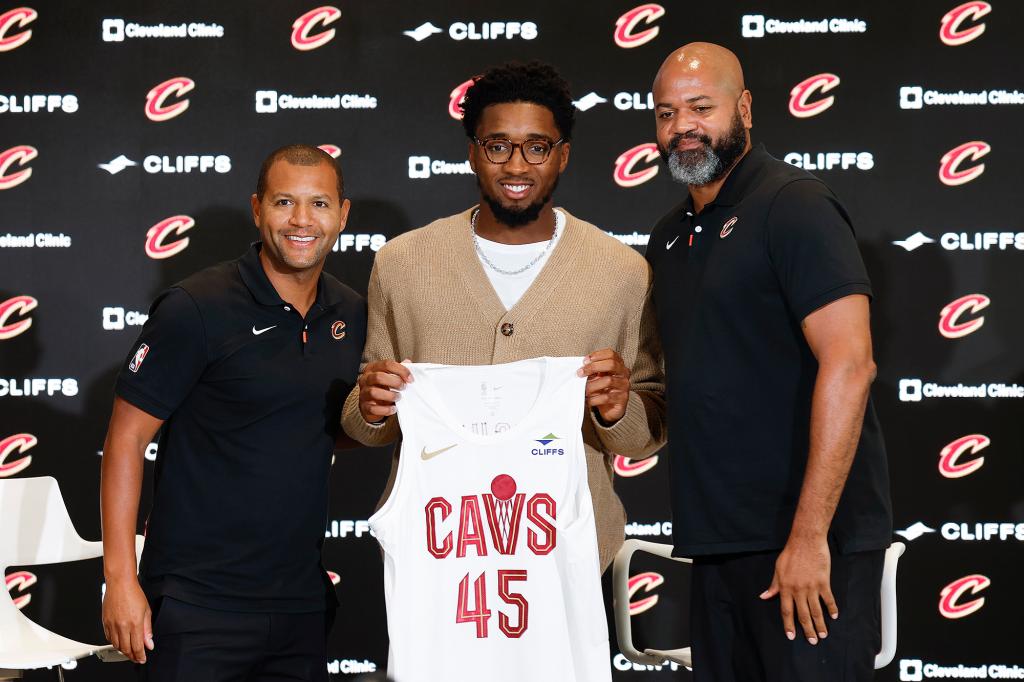 Like everyone else, Donovan Mitchell thought he was going to be a Knick.

As reports swirled and rumors spread, the three-time All-Star expected to be playing his home games at the Garden this coming season, not getting traded to the Cavaliers.

“I thought for sure I was going back home, I’m not gonna lie about that,” Mitchell told reporters on Wednesday in his introductory Cavs press conference. “Who doesn’t want to be home next to their mom?”

Mitchell grew up in Westchester County and his father, Donovan Mitchell Sr., works for the Mets. Rather than the Knicks, though, Mitchell ended up getting sent to Cleveland by the Jazz in a blockbuster trade that sent Collin Sexton, Lauri Markkanen, Ochai Agbaji, three first-round picks, and two pick swaps to Utah. He seemed thrilled about his new home, even if it is not in his hometown.