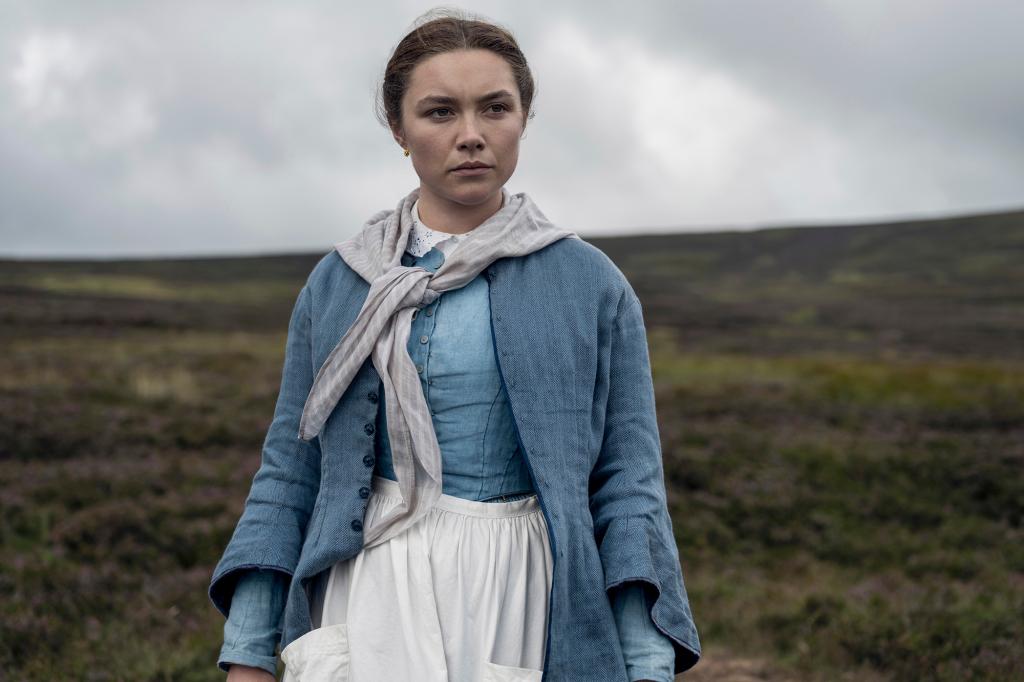 The supremely talented Florence Pugh has rapidly rebounded from the “Don’t Worry Darling” debacle with “The Wonder,” a creepy new Netflix drama that’s unusually strong for the streaming service. For once, it’s the characters who endure hardship — not the audience.

“The Wonder,” based on Emma Donoghue’s novel, wanders into “Agnes of God” territory, as it tells the tale of a 14-year-old girl in 1862 Ireland who, locals believe, hasn’t eaten a morsel of food in four months. It’s the work of the Lord, they figure.

Catholic to the core, a committee of prickly men enlist a nurse named Lib (Pugh) to observe Anna (Kíla Lord Cassidy) non-stop for two weeks. They’re not looking for Lib — a not particularly religious, logical woman — to myth-bust the purported miracle. They want it confirmed as 100% real.

So the naysaying nurse goes to work. She clinically asks Anna if she’s eaten any meals and the girl replies, “I don’t eat wheat. I live on manna from heaven.” A barrel of laughs, she is.

The viewer shares Lib’s skepticism as she searches for hidden food in the bedroom, but suddenly even she starts to bend. Why would Anna’s stone-faced mom, dad and sister lie? The family isn’t making money off the people who come far and wide to see their daughter; they turn up their noses at fame; and the girl seems content. Maybe, we wonder of “The Wonder,” this farfetched fast is legit.

The identity of director Sebastián Lelio’s film shifts several times. At the start, the mood verges on horror. Shadowy and tense, we await Anna’s head to spin around 360 degrees and yell “What an excellent day for an exorcism!”

Later, it’s more traditionally dramatic, though never light in tone or appearance. Even when Lib, a widow, meets a Daily Telegraph journalist on assignment from London and starts up a flirtation the situation stays dreary. Their romance is not romantic, on purpose.

Pugh’s performance is all-business, like a 19th century Dana Scully in a town full of Mulders. Lib acts strong and defensive because of traumatic events in her past, and with a less skilled actress such a wall would be charmless. The gears are always turning in Pugh’s brain, however, and there is a sparkle to whatever she does.

The film’s resolution is an intriguing surprise, but the final 20 minutes are overloaded. The ending — a sequence of snowballing insanity — comes off somehow more implausible than a teenager avoiding food for 1/3 of a year.

Nonetheless, as the credits rolled I felt full.