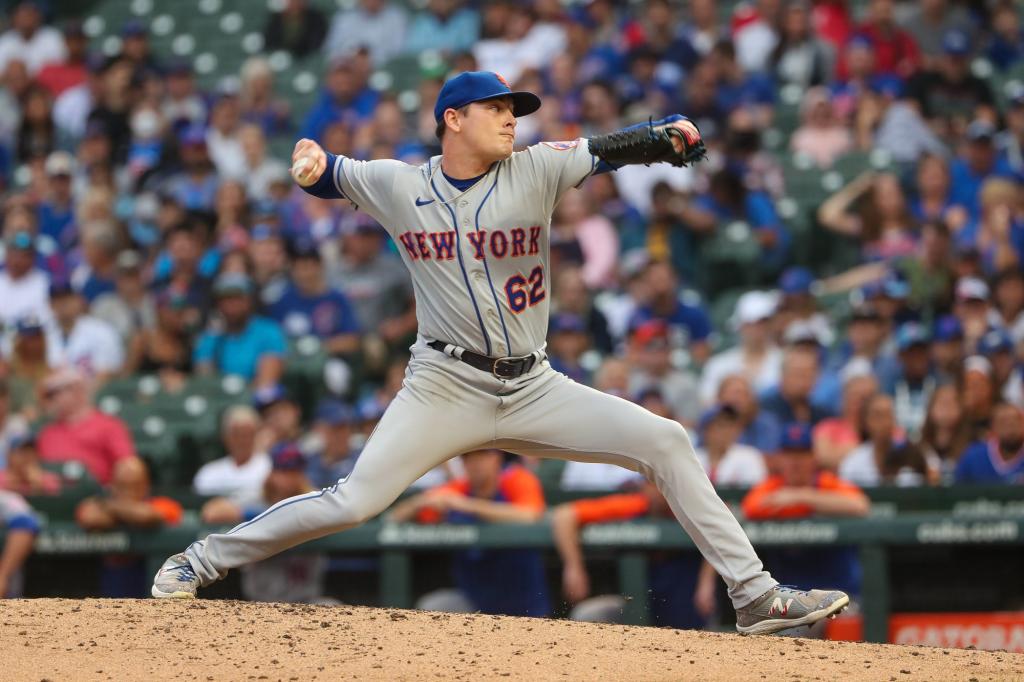 Drew Smith’s comeback to the Mets’ bullpen is beginning to pick up steam.

The reliever threw his first bullpen session on Sunday since going on the injured list on July 25 with a strained right lat. He felt healthy and hopes to be activated with a few weeks left in the regular season to have enough of a runway to be sharp for the postseason.

“I personally like it — I want a good challenge and it’s definitely a good challenge,” Smith said before the Mets lost to the Rockies 1-0. “But that’s why I’m trying to get back with a couple weeks left in the regular season, just so I can hopefully get five to eight outings under my belt going into October. But I think that’s also why I’m going to have a couple rehab [outings] just to make sure everything’s good.

Smith threw 15 pitches on Sunday, strictly fastballs and changeups. He is slated to throw another bullpen session on Wednesday, when he will throw 25 pitches and work in his slider and curveball.

“After that, I’m not sure,” Smith said. “I don’t know if I’ll throw another bullpen and then a live [batting practice]. But after that, rehab assignment. So we’re getting close.”

Smith got off to a strong start to the season, not allowing a run over his first 13 ¹/₃ innings.

Over his next 25 games, though, he posted a 5.20 ERA before landing on the IL. If he can rediscover some of that early-season form upon coming off the IL, it would be an important boost for the Mets bullpen.

Max Scherzer (11 strikeouts) recorded the 110th double-digit strikeout game of his career, pulling him into a tie with Roger Clemens for third all-time in MLB history. It was a feat he said he would appreciate more in the offseason.

“Right now, I got my blinders up,” Scherzer said. “I just live start to start. These things are great. Those milestones are great, don’t get me wrong. But I’m more focused on winning with the team. We’ve got bigger and better things to do. My accomplishments, I’ll worry about those in the offseason.”

The Mets are off on Monday, but Carlos Carrasco will be at Citi Field to throw a simulated game. It could be the final step in his rehab process from a strained left oblique, potentially putting him in play to start for the Mets next weekend.