Dustin Poirier insists he is NOT considering retirement after UFC 269 and believes a move to welterweight may be next for his career.

‘The Diamond’ will face Charles Oliveira for the lightweight title on December 11 after a spectacular run in 2021.

Poirier avenged his 2014 defeat to Conor McGregor at UFC 257 with a stunning Fight Island knockout, then proceeded to conclude the trilogy with a win at UFC 264 in July.

The UFC have duly rewarded the fighting veteran with a shot at the undisputed lightweight title against Oliveira, a man who also had to bide his time for championship gold.

Despite previously admitting he would have ‘done it all’ if he were to win the undisputed lightweight title, Poirier insists he has no plans to call it a day if he finally hears Bruce Buffer say, ‘And new…’.

“But no, honestly, my goal isn’t to try to have the most successful title defences. I don’t know.

“We’ll see. One day at a time. I can’t look, none of that is even a reality until December 11th happens, and I get my hand raised.

“I have to do that first before we can even go into these conversations because I don’t know what’s next. 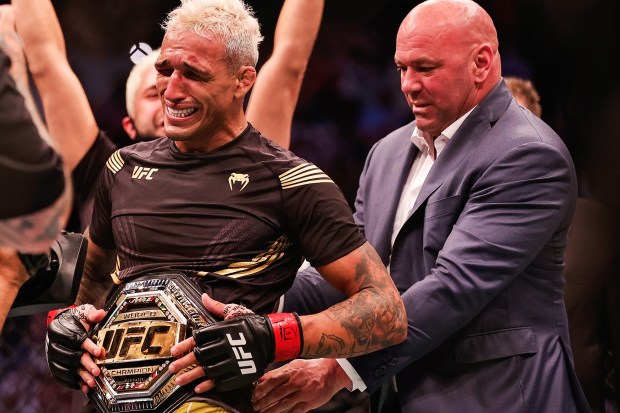 Poirier is hoping to clinch UFC gold on December 11…

Although it was unlikely a fourth fight would be sanctioned between Poirier and McGregor after two decisive victories this year, it does effectively rule ‘The Notorious’ out as his next potential opponent.

Still recovering from the leg break sustained in July against Poirier, McGregor insists he is coming for whoever has the belt in the 155lbs division, despite being ranked ninth.

MLB lockout: What is and isn’t allowed to happen during baseball’s work…

Rihanna is Officially a “National Hero” in Her Native…

The first webcam ever was deployed at Cambridge University,…