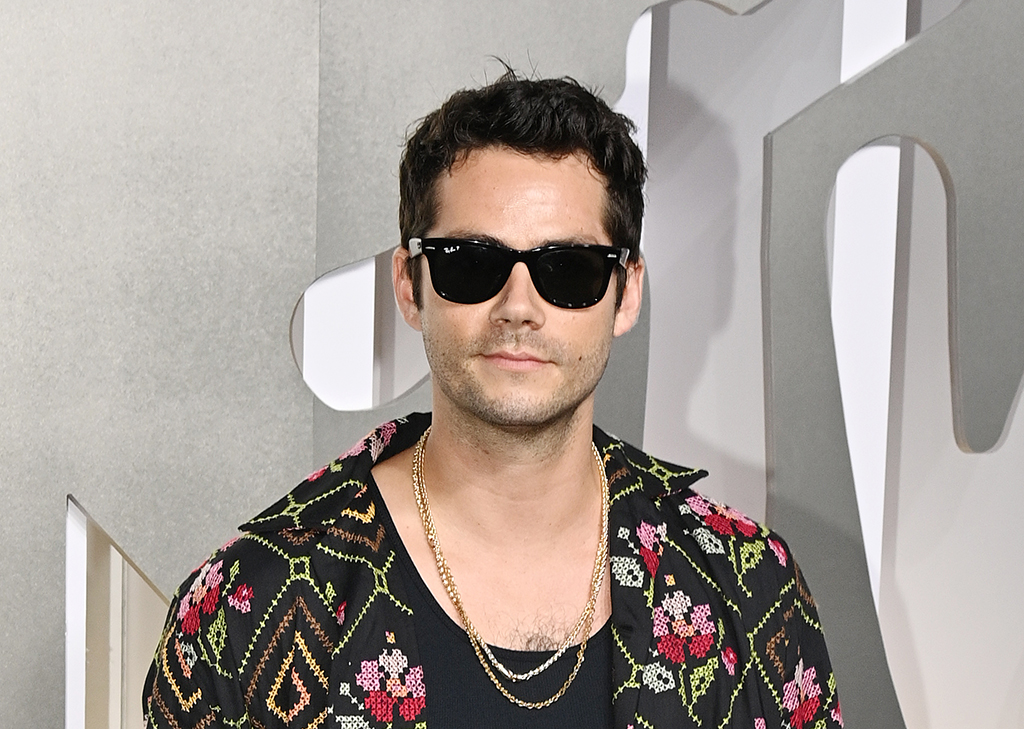 In a flurry of florals, Dylan O’Brien made his appearance on the red carpet of the 2022 MTV VMAs. The “Not Okay” actor wore a two-piece set with a whimsical multi-colored psychedelic blooming pattern set on a black fabric in order to offer the matchy-matchy ensemble contrast.

The outfit consisted of an oversized blazer that was worn over a plain black tee tucked into fitted trousers. O’Brien built upon his look and accessorized with layered gold chains and chunky statement rings that he paired with chic black sunglasses. The 31-year-old styled his shaggy brown hair as he normally did, keeping it short on the sides and long and curled on the top.

The former “Teen Wolf” star dressed up his colorful attire, playing on the idea of formal wear by departing slightly from his clothing’s casual nature in shiny lace-up black dress shoes. The subdued footwear is a perfect choice considering its vibrant partner, the sleek and smart style practically blending into the background, and the black “red carpet” carpeting.

Though the concept isn’t new, pairing black dress shoes with suiting can amplify any outfit with an air of sophistication. O’Brien really knows what he’s doing when it comes to dressing, specifically for red carpet appearances.

PHOTOS: See what other celebrities wore on the red carpet at the 2022 MTV VMAs.