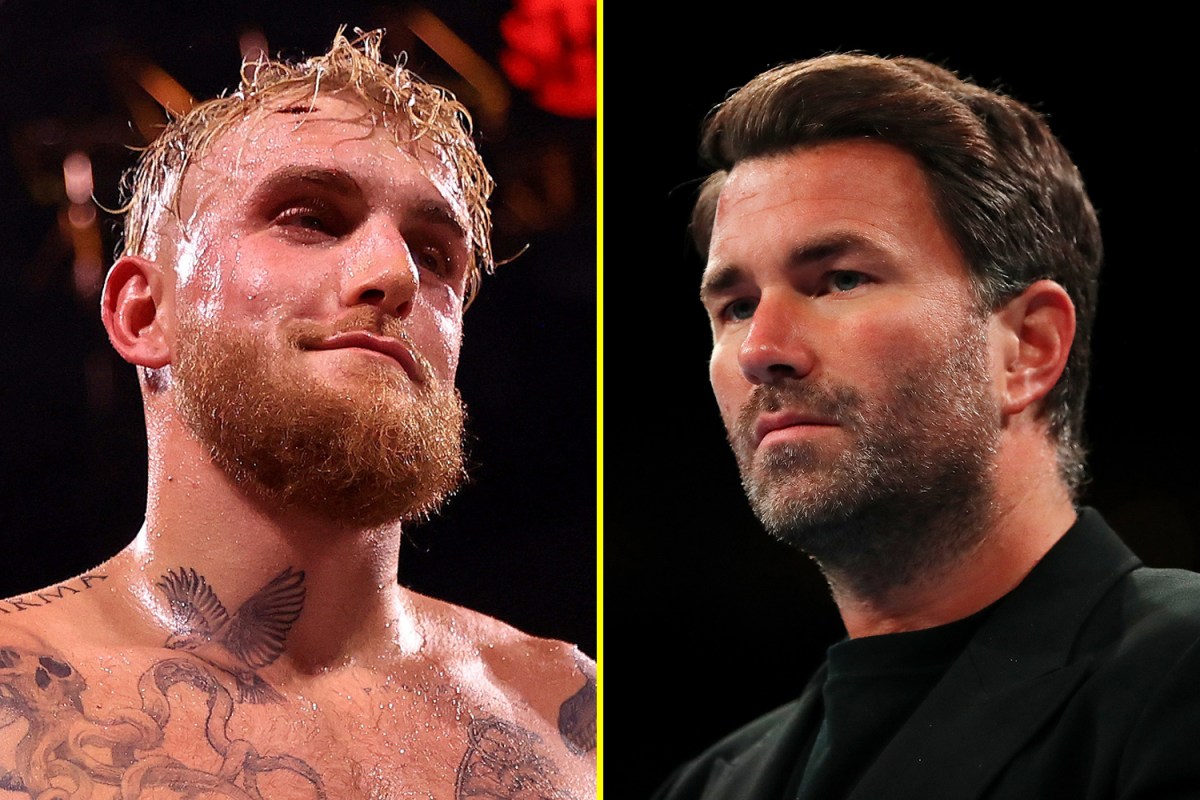 Amanda Serrano and Katie Taylor is finally made and the biggest fight in female boxing history is on.

Two of the most decorated women to ever box will meet at Madison Square Garden on April 30 where Taylor will put her undisputed lightweight crown on the line.

The two men who were finally able to put this fight together? Eddie Hearn of Matchroom Boxing and Jake Paul of Most Valuable Promotions.

Jake Paul is the YouTuber-turned-boxer who has amassed a 5-0 record with four knockouts fighting first-time boxers, often from other sports like MMA.

However, the 25-year-old is also a vehement crusader for better fighter pay and in that vein, he started his own promotional company, MVP.

His first signed athlete was the 42-1 Serrano and just a few months later, he’s delivered her the biggest fight possible.

talkSPORT.com caught up with Hearn on the day the fight was announced and the Matchroom kingpin said he was delighted to finally get the fight done.

“They deserve everything they get. Two trailblazers. One undisputed champion, one seven-division champion – it’s going to be a massive event.”

Hearn also said it was ‘good’ to work with the eccentric Paul and credits him to be a ‘smart man.’

“It’s good [working with Jake Paul and MVP]. He want to be the hero, really. He wants to be the guy who makes this fight. For once, I’ll probably won’t say too much, I’ll let him get up there and do his thing, which is great.

“I did his pro debut, it’s probably all my fault [laughs].

“In this instance, he’s done it. Me and him have put together the greatest female fight of all-time. Can’t knock it,” Hearn concluded.

Betting Offer Of The Day