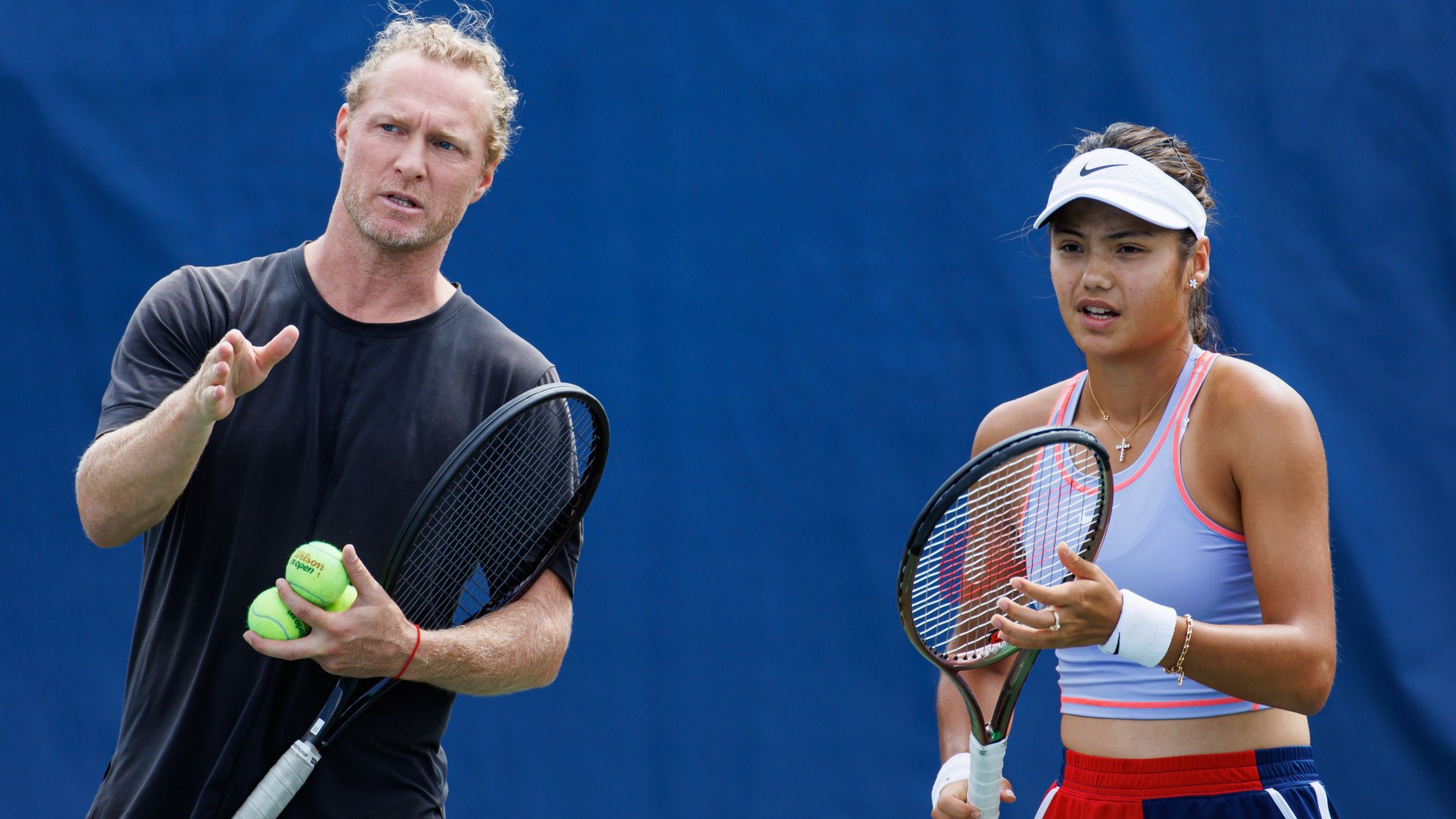 Dmitry Tursunov has admitted he stopped coaching British tennis sensation Emma Raducanu as there were ‘red flags that just couldn’t be ignored’.

The Russian began working with the 2021 US Open winner shortly after her early exit from Wimbledon this summer.

That relationship was only a brief one as they announced they had parted ways earlier in October.

It left the 19-year-old searching for a fifth coach in the space of just 15 months.

He has now spoken out on what has happened and wanted to set the record straight that it was not so he could take the role with Bencic – suggesting it was more to do with input of those around Raducanu.

Tursunov – who reached number 20 in the world in his playing career – told tennismajors.com: “I was walking away from Emma regardless of whether there was another [player] available or not. We didn’t agree on the terms and there were some red flags that just couldn’t be ignored.

“So that’s why it’s a little frustrating to read things like that… I wasn’t hopping from one player to another, I wouldn’t do that.”

He added: “Our trial period was over at the US Open but I stuck around, trying to see if there was going to be a way to impress the team (he laughs). I really wanted to make it work.

“I felt like there were going to be problems later and I wanted to avoid them for my own peace of mind.”

Tursunov did not give specifics as to who he was referring to but stressed he has full respect for the attitude and qualities of Raducanu herself.

There has been plenty of talk about the influence the 19-year-old’s family and specifically her dad, Ian, have on her decision making.

Nigel Sears, Andrew Richardson, Torben Beltz and Tursunov have all now been dispensed with as coaches since Raducanu made her Wimbledon breakthrough in the summer of 2021.

Having won the US Open in stunning fashion at the end of 2021 – becoming the first qualifier ever to win a Grand Slam – Raducanu has been struggling to find consistency on tour.

Her defence of the US Open ended in the first round and she is currently 76th in the world rankings.

Tursunov has nothing but praise for Raducanu, although he stressed she needs ‘one voice’ to make the most of her potential.

“First of all, she’s absolutely great, she’s a hard worker and she doesn’t think or act like she’s a superstar,” he said.

“She is hungry to improve and is obsessed with tennis. I think it’s quite a rare combination. So I really loved working with her, and I really wanted to make it work. It was a very difficult decision for me to walk away from a player that I like and respect.”

He added: “In my opinion, she’s minimum a one-year project but I would say that she’s probably a two-and-a-half-year project to be on the safe side.”

“Of course, it’s hard to say that and it’s hard for people to understand how it is possible because she already won the US Open. But, in my opinion, her game is very raw, and I think in many ways it could use a lot of improvement.

“It’s going to take some time, but as I said to her and to pretty much everyone on her team: I think you just need to have one voice and just try that for a bit. And then if it doesn’t work, you cross that off your list.

“But she has a tremendous upside: she’s extremely talented, she’s very athletic, and very coordinated so she can get away with some things that other players can’t. The ingredients are very good, but you can still mess it up.

“So I felt it was going to be an interesting project, but a very long-term project, and as a coach, you want to have a belief that you’re going to be at work for that period. But of course, with her coaching situation, there’s now a thought going through every coach’s mind… So I was really hoping to find a solution to continue, which is why I stayed for a few weeks past the trial period. But in the end, we just couldn’t agree on the terms so I had to leave, and Belinda had nothing to do with that.”