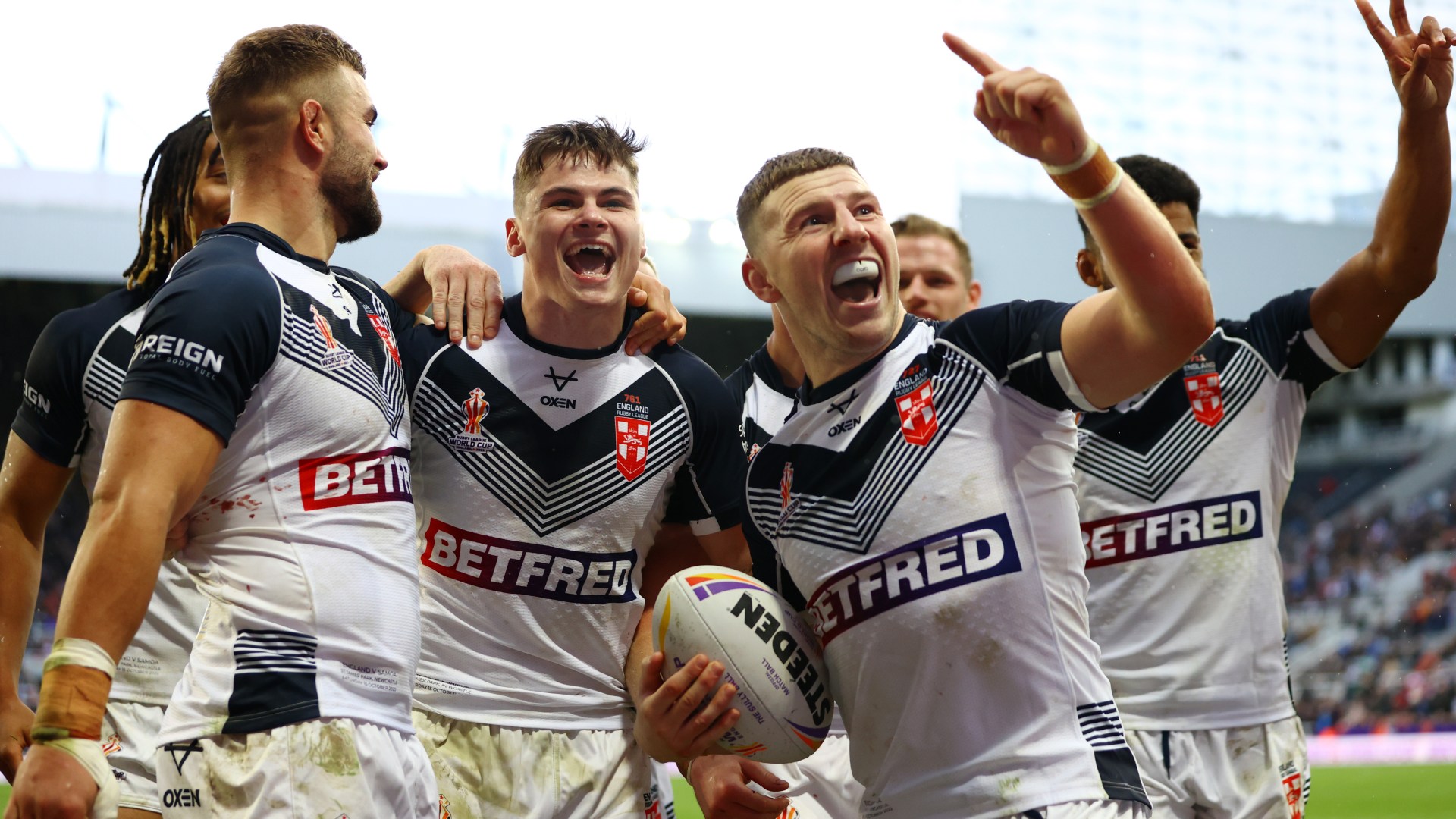 Hosts England take on France in their second game of the Rugby League World Cup this evening as they look to build on their stunning opening victory.

The Three Lions thrashed Samoa to get the showpiece tournament up and running last weekend, beating the team tipped to be their hardest opponents in Group A 60-6.

After making a huge statement with such a comprehensive victory on the opening night, Shaun Wane’s side will now have high hopes of going far.

England come up against France next in Bolton following Les Blues’ 34-12 win over Greece as the top two in the group face off.

Kick-off at the Bolton Community Stadium is scheduled for 5pm.

The game will be shown live on BBC One from 4pm. It can also be live-streamed via your tablet and mobile devices on BBC iPlayer.

talkSPORT’s Mark Wilson will provide updates of all the action throughout the afternoon.

England vs France: What’s been said?

Three Lions head coach Wane was pleased with his team’s performance against Samoa.

He said: “Without sounding arrogant, we did some really good things and I have got to know these players really well over the last two years.

“All respect to Samoa, but I know what these lads can do. I am really happy but we can improve, without any shadow of a doubt in my mind.

“I thought we earned it. It was intense pressure from us and we were patient and our discipline was good.”