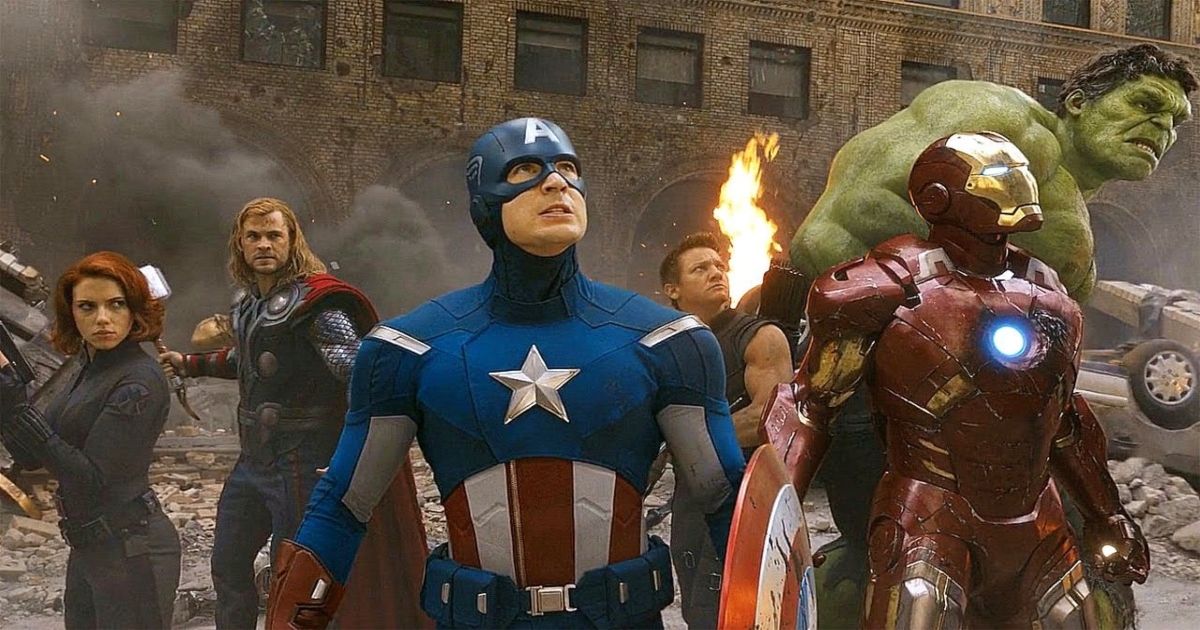 The MCU franchise that took ten years to complete its Infinity Saga, which, as we know, was only the beginning. To do so, it introduced multiple franchises — Iron Man, Captain America, and Thor — before bringing them all together in The Avengers. Throughout its tenure, the MCU has given us some of the best superhero movies of all time. Carefully laying the groundwork for future Marvel franchises, the MCU took its time and created something very special for critics and fans alike.

Indeed, one of the most exciting aspects of the MCU’s Infinity Saga was when the Avengers assembled, in some form or another, to take down the villains and save the world. These crossover moments were initially an ambitious move on Marvel Studios’ part, but because of their resounding success, per Gizmodo, has since become the blueprint for other Hollywood franchises and cinematic universes. As we await for the upcoming Avengers films to bring us more moments, here’s a look at every moment Earth’s Mightiest Heroes assembled on-screen in the MCU.

At the end of Avengers: Age of Ultron, we get to see the Captain come out of Steve Rogers once more. After defeating the robot army of Ultrons, the Avengers part ways: Tony Stark returns to his Tower, Clint Barton decides to retire, Thor goes off-world, and Bruce Banner is lost in space as The Hulk. Black Widow and Captain America stay behind to train the new Avengers team, which consists of Vision, Scarlet Witch, Falcon, and War Machine. In this scene, Steve stands before them, and is about to utter the iconic Marvel Comics phrase “Avengers, assemble!” before the film abruptly cuts. A clever tease for what’s to come.

In Captain America: Civil War, most of the Avengers are back together, but in a less than agreeable way. As audience members, we had grown to love the team-ups, imagining that The Avengers all lived happily together as one big chosen family. That all changed when conversations of accountability and oversight enter the mix, with Team Iron Man in favor of government oversight and Team Cap against it. When The Winter Soldier resurfaces, this escalates the Avengers’ in-team disagreement into all-out civil war. With Spider-Man, Black Panther, and Ant-Man recruited into the fray, Civil War gave us an Avengers Dis-Assembled moment in one of the most iconic fight scenes in MCU history: the airport battle scene.

In Age of Ultron, the Avengers are up against Ultron, a bot that Tony Stark and Bruce Banner made, who gained consciousness and sought to destroy humanity. He claimed the world was too evil because of humans, and that it ultimately could not be saved. In Avengers fashion, they think otherwise and seek to right their wrongs in Sokovia, where Ultron has created his army. In an effort to protect the core of the weapon Ultron has made to drop the city, the Avengers band together to create a wall. It’s an entire army against a few, and the question arises how are they going to beat them. Tony Stark replies, quoting Steve Rogers, “Like the Old Man said: together.”

There is always a moment when you crest the wave and the sunshine is seen, only to plummet back into the storm. This Avengers Assemble scene in Infinity War may be that moment. Thanos’ army is at the gates of Wakanda, facing the Avengers and Wakandans. In an attempt to maintain the upper hand and keep Thanos away from the Mind Stone, the gate is open and monsters pour into Wakanda. T’Challa shouts his battle cry “Wakanda Forever!” and the heroes run into battle.

The MCU we know today started with three solo movies, Iron Man, Captain America: The First Avenger, and Thor, introducing the world to the heroes who would become the foundation of the franchise. One of the most iconic moments of Avenger: Endgame is when we see these heroes in a completely different scenario. Half their friends have disappeared into dust, and their last-ditch effort to save the world has seemingly failed. Tony, Steve, and Thor approach Thanos, a call back to the big three. We see all of their weapons of choice and feel the last ten years resting on their shoulders. They are prepared to fight till the very end, whatever it takes.

Related: Explained: How the MCU Appears to Be Assembling the Young Avengers

Believe it or not, this scene in Endgame was one of the most controversial. Some felt it was forced, others felt it wasn’t enough, and then there were those who appreciated it for what it was. Whatever your stance, this is the only moment in the entire MCU where women Avengers assembled on-screen. It’s a special nod to the women superheroes who have helped make the MCU what it is today, and ultimately a powerful moment to many girls and women in the audience.

The classic camera rotation of the original six: Black Widow, Hawkeye, Hulk, Thor, Captain America, and Iron Man. They come together to face Loki and the Chtari Army in The Avengers, completing Nick Fury’s dream of a team of heroes that would defend the world in its time of need. This scene is the birthplace of the hero team0up for the MCU. It was powerful, cool, and made you want to stand up in the theater and clap. Some people actually did. It’s used in every promotional item and, bottom line, was the coolest Avengers Assemble moment until…

Avengers: Endgame gave us the best Avengers Assemble moment to date. It was the accumulation of ten years of trials and triumph, and loving the heroes on-screen. So, when all of those who were said to be lost enter through Doctor Strange’s portals, the amount of serotonin released was unimaginable. Steve Rogers finally got to say the classic line (in full), and led his army into the battle to end all battles. It was the best Avengers Assemble moment, from the music and the slow reveal of all of those on the front line to the epic battle proceeding.