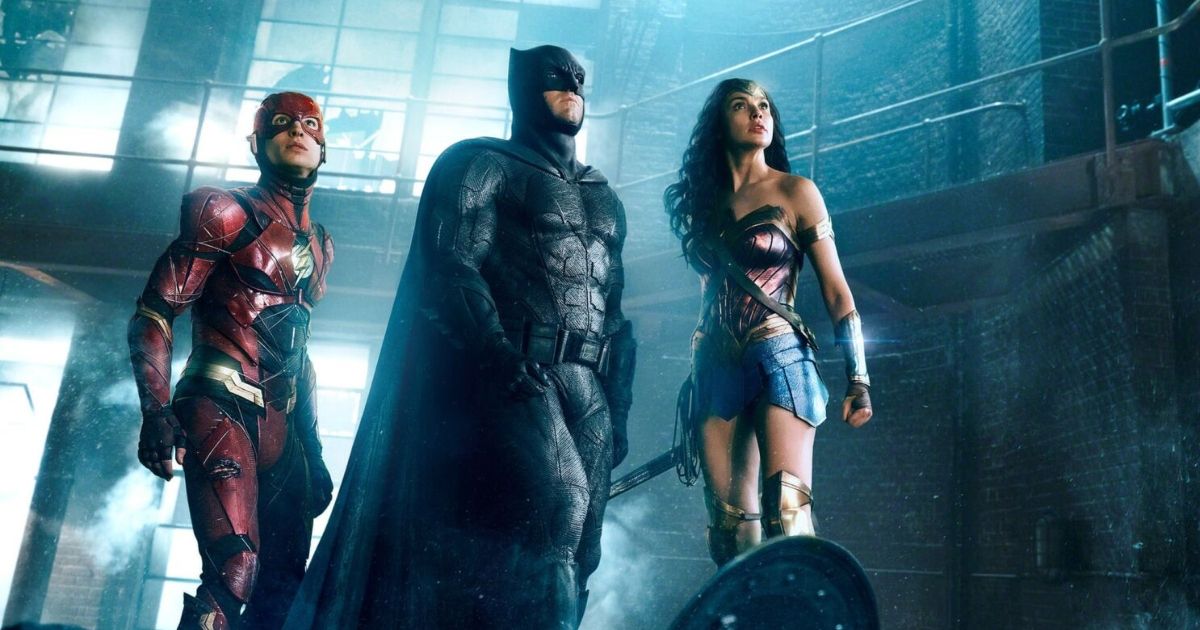 Zack Snyder is often considered one of the most polarizing directors of modern day cinema; moviegoers either love his unique tone or absolutely loathe it. The creative mind began as a successful music video director before kicking off his Hollywood film career with 2004’s remake of George A. Romero’s Dawn of the Dead, and has remained a constant cultural force for nearly two decades. His name is synonymous with the various comic book-related movies he has helmed, typically with mixed results. Snyder is famous for his visionary and thought-provoking style and spectacular presentation, and despite conflicting opinions, he draws in audiences from around the world.

Famous (or perhaps infamous) for his DC films such as Man of Steel and Justice League, Snyder has tackled a myriad of other film topics from Spartan warriors to zombie heists and even an animated tale about guardian owls. One of his many upcoming projects is Rebel Moon, which tells the story of a young woman who must seek out the help of warriors from other planets to fight tyrannical armies. The director has also recently spawned a zombie franchise out of his film Army of the Dead, with Planet of the Dead and the animated series Lost Vegas both in the works. Perhaps he’s polarizing, but Snyder has established a brand and flair that is distinctly his and his alone. Love him or hate him, the director is here to stay. Let’s take a closer look at every Zack Snyder film so far, ranked.

Updated September 30, 2022: If you love Zack Snyder films, you’ll be happy to know we’ve updated this article with additional content and info.

2011’s fantasy action film Sucker Punch follows a young girl who is committed to a mental institution and retreats to an alternate reality to cope while she possibly devises a plan of escape. This was Snyder’s first project based on an original concept and is described by the director as “Alice in Wonderland with machine guns.” Emily Browning stars as Babydoll, and the film features a female-driven supporting cast including Abbie Cornish, Jena Malone, and Vanessa Hudgens. Though the film was met with largely negative reviews by critics, Snyder did receive some praise for the fantasy sequences and visual effects. Of the action flick’s lack of success both with audiences and the box office, Snyder once commented, “I’m always shocked that it was so badly misunderstood. I always said that it was a commentary on sexism and geek culture.”

DC Comics’ most iconic superheroes Batman and Superman go head-to-head on the silver screen with Snyder’s 2016 Batman v Superman: Dawn of Justice. Ben Affleck takes on the role of the brooding and weary Bruce Wayne, while Henry Cavill returns as America’s beloved hero Superman. With an A-list ensemble cast like Gal Gadot, Amy Adams, Jesse Eisenberg, and Diane Lane, the film should have been a slam dunk for moviegoers and critics alike. Yet, upon its release Batman v Superman: Dawn of Justice received unfavorable reviews despite turning a profit at the box office. Criticism was aimed at its lengthy run time and overall tone and the film’s attempt to pave the way for Justice League was clumsy and less-than effective. Despite such a negative response, the movie was nominated for numerous awards, such as Saturn, Jupiter and Golden Trailer Awards.

Taking a detour from live action films, Snyder took on directing duties for the 2010 animated fantasy Legend of the Guardians: The Owls of Ga’Hoole. When a young owl is kidnapped by the evil owl army the Pure Ones, he must find a way to escape with his friends by enlisting the help of the legendary guardians. With a voice cast including Jim Sturgess, Helen Mirren, and Geoffrey Rush, the film was a success at the box office and earned praise for its voice performers, tone and visual effects, but was perhaps too childlike to be truly great.

The 2017 follow-up to Batman v Superman: Dawn of Justice, DC’s Justice League follows Bruce Wayne and Wonder Woman as they recruit Aquaman, The Flash, and Cyborg to save the world from Steppenwolf and his violent army of Parademons. With Jason Mamoa, Ezra Miller, and Ray Fisher joining the DC universe as the newcomer trio, the film once again served as a stepping stone for future spin-offs. Even with an impressive cast and charming performances, Snyder’s creation was a box office bomb and was criticized once again for its pacing, plot, and heavy use of CGI, but it’s impossible to criticize Snyder for this. Justice League was a difficult time for the director, who had to step away to deal with the loss of his daughter, leading to Joss Whedon having to complete. Snyder’s vision was ambitious and admirable, even if it was ultimately a swing and a miss with fans, though his re-edited “Snyder Cut” has found some fans despite being four hours long.

Snyder’s latest directorial venture is the 2021 Netflix zombie heist film Army of the Dead, starring an ensemble cast consisting of talent like Dave Bautista, Ella Purnell, Omari Hardwick, and Tig Notaro. The streaming platform extravaganza centers on a group of mercenaries who plan a Las Vegas casino heist during a zombie apocalypse. Army of the Dead was met with praise for its humor and was watched in 74 million households within its first 28 days on Netflix. The zombie action flick kicked off a franchise with the spin-off prequel Army of Thieves released the same year and with an anime-style series Lost Vegas in the works. A direct sequel, Planet of the Dead, is currently being developed.

2007’s historical action flick 300 epically depicts King Leonidas as he leads 300 fellow Spartans into battle against the Persian “God-King” Xerxes and his 300,000 soldiers. Based on the 1998 comic series by Frank Miller and Lynn Varley, the film is a fictionalized retelling of the Battle of Thermopylae in the Persian Wars. The historical fantasy utilizes the talent of Gerard Butler as Leonidas, as well as Lena Headey, Dominic West, Rodrigo Santoro and more. Despite receiving flack for its representation of Persians, 300 was applauded for its strong performances, visuals and overall stylistic innovation. Butler’s portrayal helped him gain worldwide recognition and is considered his breakthrough role. The movie earned a massive $456.1 million at the box office and was heralded by the Chicago Sun-Times as “the Citizen Kane of cinematic graphic novels.”

Based on the DC Comics limited series of the same name, 2009’s superhero film Watchmen takes place in 1985, in an alternate history where former American superheroes are investigating the murder of one of their own during the Cold War. Upon its release, the film was met with polarized reviews from fans and critics. Snyder’s style was praised but the movie’s lack of humor and often convoluted plot was critiqued. Famed critic Roger Ebert gave the movie a glowing review, having said, “It’s a compelling visceral film—sound, images and characters combined into a decidedly odd visual experience that evokes the feel of a graphic novel.”

The first installment of the DC Extended Universe, 2013’s Man of Steel introduces Henry Cavill as Superman and is a reboot of the previous film series. The premise follows Clark Kent as he discovers his alien superpowers and assumes the role of mankind’s ultimate protector. Snyder’s Man of Steel was a success in theaters and, like most of the director’s previous movies, was met with mixed responses. Critics applauded the action sequences and stunning visuals but once again questioned the pacing and lack of character development. Nonetheless, Snyder’s superhero flick was given an A- audience rating from CinemaScore and his attention to detail, occasional visual poetry, and fresh take on the iconic superhero was appreciated.

Arguably Snyder’s most acclaimed and admired project to date is his feature film debut, 2004’s Dawn of the Dead. A surprisingly great remake of the beloved 1978 George A. Romero classic, the movie’s set in an upscale Milwaukee mall where a group of lone survivors have taken refuge during a zombie apocalypse. Snyder wanted to create a reimagining rather than a remake in order to prevent direct comparison to Romero, although such observations were always going to be made. He aimed to make his version straight horror and “as serious as a heart attack.” The director’s reimagining was both a hit with moviegoers and critics, earning $102.3 million on a $26 million budget. Snyder’s Dawn of the Dead was acclaimed for its acting, production values and overall scares and holds a 76% score on Rotten Tomatoes, his best to date as a director. It was hailed as a breakthrough in zombie films, and is understandably considered Synder’s first and best film.