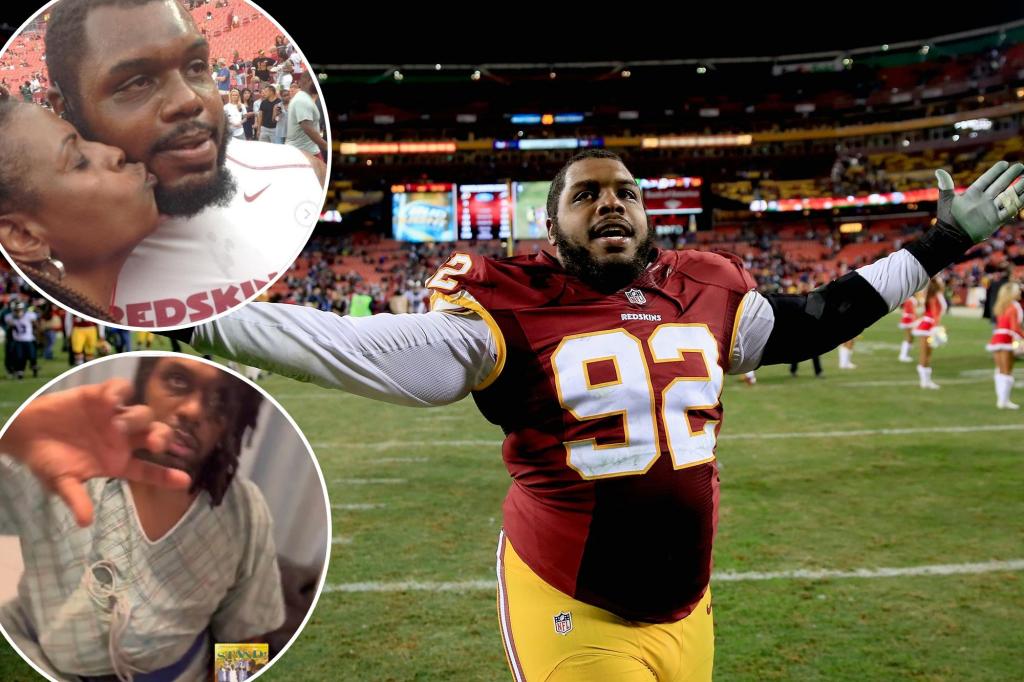 Former NFL defensive tackle Chris Baker revealed on Tuesday that he is recovering after suffering from a stroke.

The 35-year-old, who played in the NFL for nine seasons — five with Washington — said in an Instagram story to “tell your loved ones you love ‘em, my life almost ended 2days [sic] ago.”

Baker also shared video from a Hartford, Conn. hospital room in which he is sitting up and talking to a nurse with what appears to be IVs hooked up to him. According to TMZ, Baker’s mother said that he suffered a “serious” stroke last Friday but that he is responding well and expected to make a full recovery, which she described as a “miracle.”

A Connecticut native, Baker went undrafted out of Hampton after beginning his collegiate career at Penn State. The Broncos signed him in 2009 and he played one game for Denver before spending 2010 with the Dolphins.

He then spent five years with Washington before moving on to the Buccaneers in 2017.

The following spring Baker signed with the Bengals but was released in August of that year. For his career, Baker had 214 tackles with 12 sacks in 93 games, 55 of which were starts.