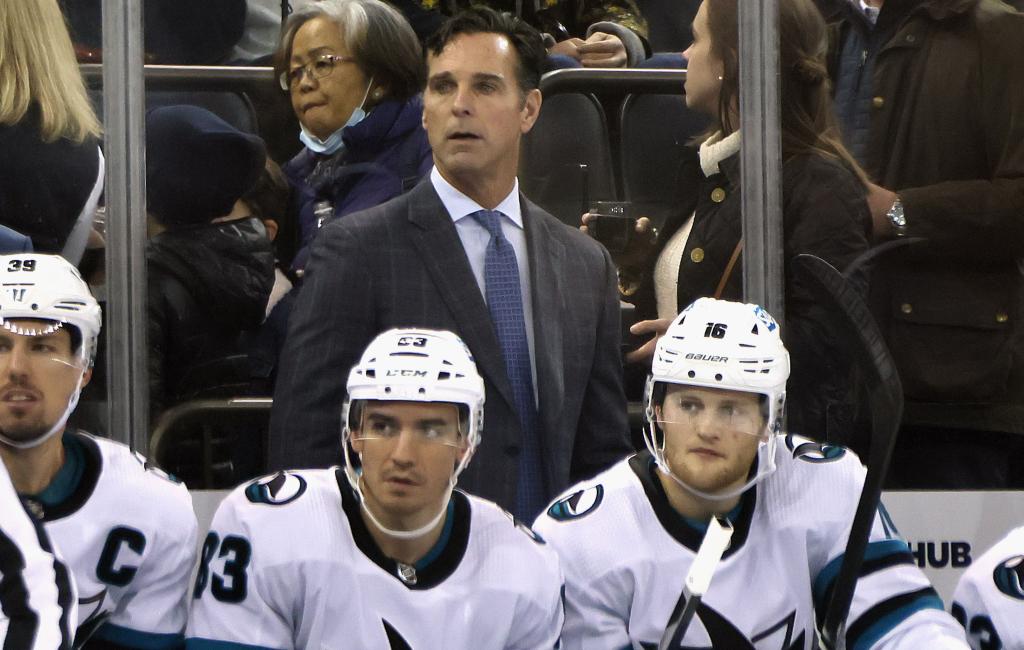 David Quinn walked into Madison Square Garden on Thursday night for the first time since the Rangers dismissed him from his first NHL head-coaching gig nearly a year and a half ago.

It wasn’t appreciation or cheers that greeted him by fans of the team he helped mold, it was surprising boos.

As the new bench boss of the Sharks, Quinn now finds himself in a similar position as he was in May 2018, when the Rangers first hired the former Boston University coach just a few months after sending out “The Letter” that announced their rebuilding plans. Quinn was to bring his development touch to New York, and the same can be said for San Jose.

“Just patience,” Quinn said of what he took from his experience with the Rangers and can now apply with the Sharks. “I know it doesn’t look it, but you sit here and watch the games from our end of it and you’re around our group, we’re a little bit fragile right now. When you don’t win quickly and you’ve kind of been through what we’ve been through the last three years, you don’t feel great about yourselves.

“But we’re not that far off right now. We’re in games. All of a sudden we give up a goal and because of where we are mentally, things kind of get away from us, and we’ve got to have the ability to stop that.”

Despite a cold welcome from the Garden crowd Thursday night, Quinn picked up his first win as head coach of the Sharks — a 3-2 overtime victory over his former team — six games into their season. It’s certainly not the way Quinn envisioned his start with his second NHL team, but the lessons he learned with the Rangers have prepared the 56-year-old for these kinds of situations.

Quinn has repeatedly acknowledged there were things he could’ve done differently during his last year with the Rangers, when there was seemingly a disconnect between himself and the team, particularly the veteran players. He noted that coaching the 2022 U.S. Men’s National Team at the World Championship this past May allowed him to get back to “who I’d been for most of my coaching career.”

Still, Quinn helped usher in a new Rangers era that prominently featured the young talent. Players like Kaapo Kakko, Alexis Lafreniere, Filip Chytil, Ryan Lindgren and K’Andre Miller were able to get their feet wet, which has now allowed the baby Blueshirts to dive headfirst into the deep end this season. The success the Rangers enjoyed last season came as no surprise to Quinn. He basically said it all went according to plan.

“When I took the job, it was clear from a timeline standpoint that the fourth year was going to be the year we might be able to make big [headway] due to our cap situation,” said Quinn, who amassed a 96-87-25 record with the Rangers. “My last year in New York we had 18 and a half million dollars of dead-cap money. We just didn’t have the depth. We were building toward it. When COVID hit, I felt and we felt as an organization, we felt really good about where we were. We were two points out of a playoff spot. We were playing really good hockey.

I don’t know how far off we were from what was going on last year up at that point. Obviously, they were able to make some great additions. Chris [Drury] has done a great job. Gerard [Gallant] has done a heck of a job coaching this group. And they continue to move forward. I wasn’t surprised at what they did last year.“