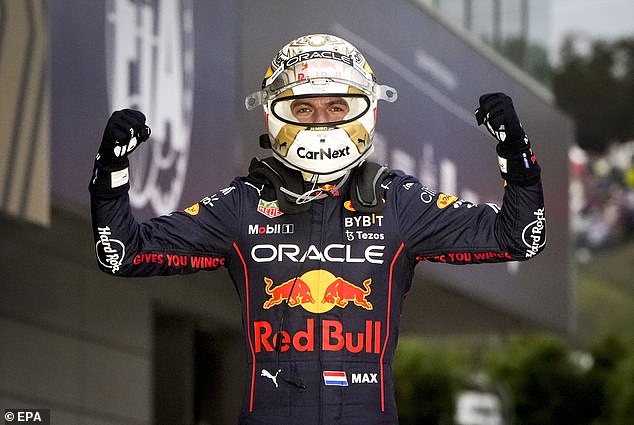 ‘What the f*** are you guys doing?’: F1 fans can’t believe how Max Verstappen finds out he has become WORLD CHAMPION in bizarre circumstances after truncated stop-start Japanese Grand Prix

Max Verstappen found out that he had become the two-time Formula One world champion in the most bizarre circumstances after an incident-packed Japanese Grand Prix.

The Dutch driver needed to be told that he had retained his title after Charles Leclerc picked up a five-second penalty for cutting the track, meaning that he finished behind Verstappen’s team-mate Sergio Perez.

Perez’s post-race interview had to be interrupted as the news broke of Leclerc’s penalty, with Verstappen awkwardly being re-summoned to be told of his feat, as the 25-year-old sealed back-to-back titles in hugely contrasting – but equally bizarre – fashions. 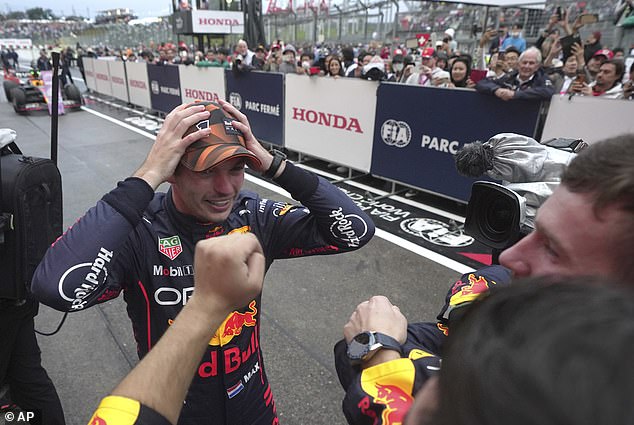 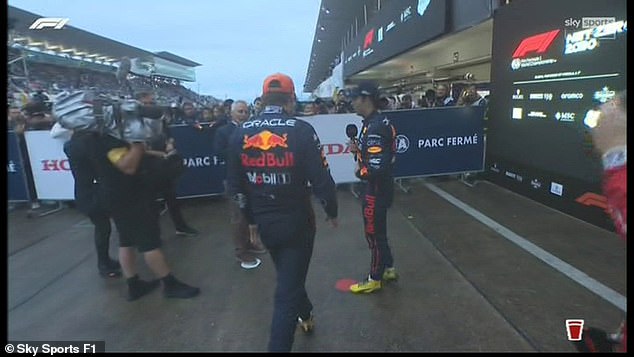 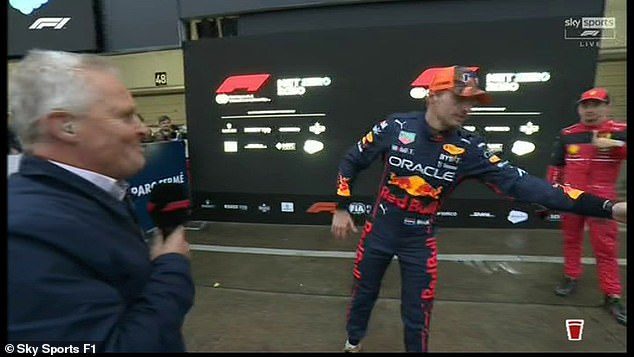 There was confusion following the end of a truncated Japanese Grand Prix, with points halved as a result of a shortened race, and many were unsure whether the Dutchman had done enough to seal the title.

And F1 fans were quick to take to Twitter to voice their shock at how events at Suzuka were unfolding, with one writing: ‘This is the weirdest title win ever. What the f*** are you guys doing?’

Another added: ‘This has to be the weirdest way to win a world title!’

A third F1 fan claimed: ‘Max Verstappen is apparently World Champion for the second time in equally bizarre and farcical fashion as he was in 2021.’

Max Verstappen is apparently World Champion for the second time in equally bizarre and farcical fashion as he was in 2021. #bbcf1

Having just won the championship, the realisation can be seen on the 25-year-old’s face as he further writes himself into the history books.

And whilst at first in clear disbelief, he erupts in emotion on the official announcement and ends the interview prematurely to go and celebrate with his team.

Verstappen dominated an action-packed Japanese Grand Prix, which was heavily delayed almost immediately after lights out due to torrential rain and several collisions. 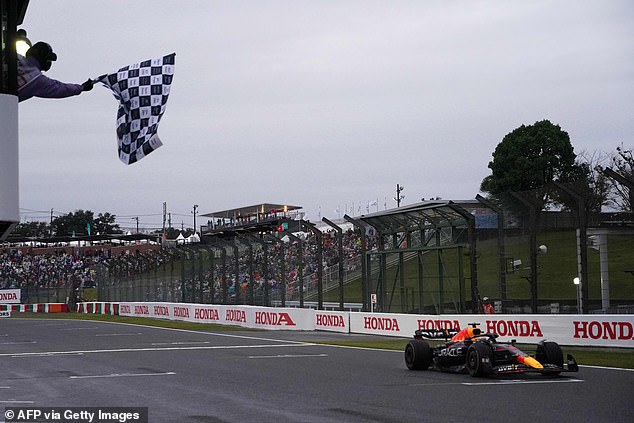 But the Red Bull star held his composure whilst chaos ensued all around him to seal out a memorable win after the race had been red-flagged at an early stage.

The race was further fuelled by controversy after a recovery vehicle was left on track with drivers racing at high speed in the torrential rain in Suzuka, sparking comparisons with the tragic incident that left Jules Bianchi comatose in 2014.

Pierre Gasly’s AlphaTauri could be seen coming close to a tractor, which should not have been allowed on track during the race, which sparked outrage from fans and drivers alike. 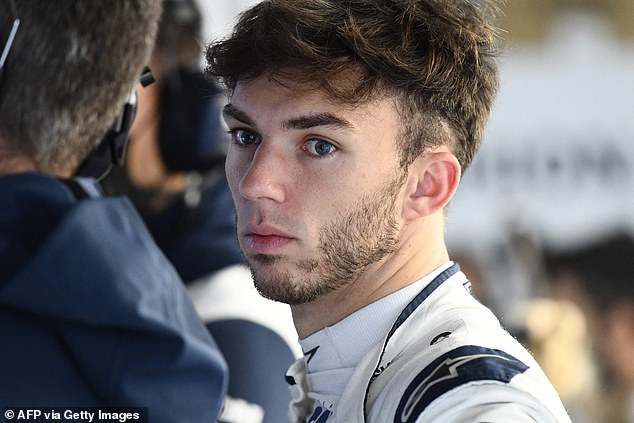 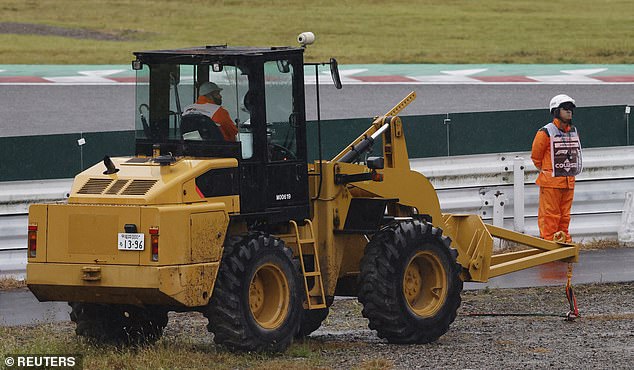