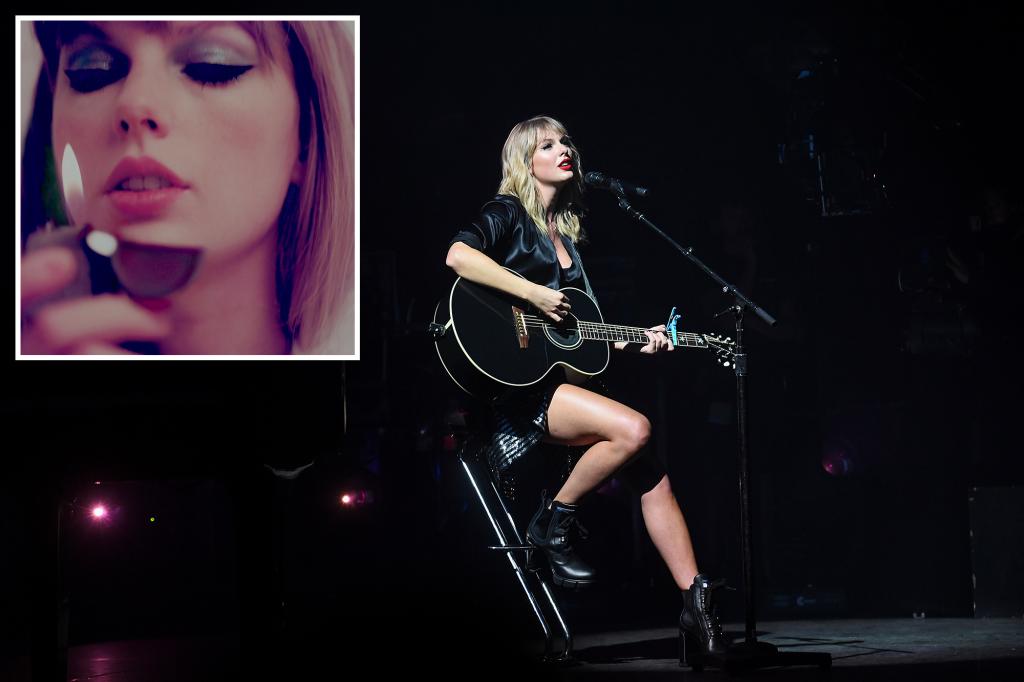 Taylor Swift fans think they’ve identified the heartbreaking meaning behind one of her new songs.

Among those is “Bigger Than the Whole Sky,” which Reddit users hypothesized may be about Swift experiencing a miscarriage.

The song is about loss, which starts with Swift singing, “No words appear before me in the aftermath / Salt streams out my eyes and into my ears / Every single thing I touch becomes sick with sadness / ’Cause it’s all over now, all out to sea.”

The “Midnights” project is said to be a concept album, and Swift has toyed around with singing songs from other people’s perspectives on 2020’s “Folklore” and “Evermore,” so it’s possible she’s doing that here, too.

Swift has never publicly announced a pregnancy. However, the “Lover” songstress and her boyfriend, Joe Alwyn, have been dating for six years, and some fans have theories that they may actually be married.

Still, hundreds of Reddit users have sounded off in a forum about the meaning of “Bigger Than the Whole Sky,” sharing their own miscarriage stories.

“Ah. Had an early pregnancy loss recently, didn’t expect this to hit me in the chest so hard,” one user said in the forum.

“I’ve had 3 miscarriages, including one in January at almost 12 weeks where I passed my daughter at home and held her,” another person added. “I’m pregnant with my rainbow baby right now. When I heard this song, I immediately just sobbed and played it for my husband who also teared up. This just 100% encapsulated how I felt (and still feel when I think about) having a miscarriage. I’ve never felt so connected to a song about this.”

“I think infertility in general could fit,” one commenter reasoned. “When you’re diagnosed it can knock the wind out of you. You think you’ll just find the love of your life and have all the babies and big dreams about the house and vacations and lots of grandkids but when you’re told it’s possible that dream will never come true, you mourn the what if.”

“This song gives me pregnancy loss as well as ‘Labyrinth,’ ” one user wrote, adding a reference to another new Swift track.

“It only hurts this much right now/ Was what I was thinking the whole time/ Breathe in, breathe through, breathe deep, breathe out,” she recited the lyrics of “Labyrinth.”

“This reminds me of giving birth. The pain of contractions and how we tell ourselves it’s temporary, it will go away. Breath in, breath out while having contractions,” the woman wrote.

Furthermore, Swift fans think the “3am Edition” song “Would’ve, Could’ve, Should’ve” is about serial heartbreaker John Mayer who she dated when she was just 19.

“Give me back my girlhood, it was mine first / And I damn sure never would’ve never danced with the devil,” Swift sings, presumably to Mayer, who is 13 years her senior.