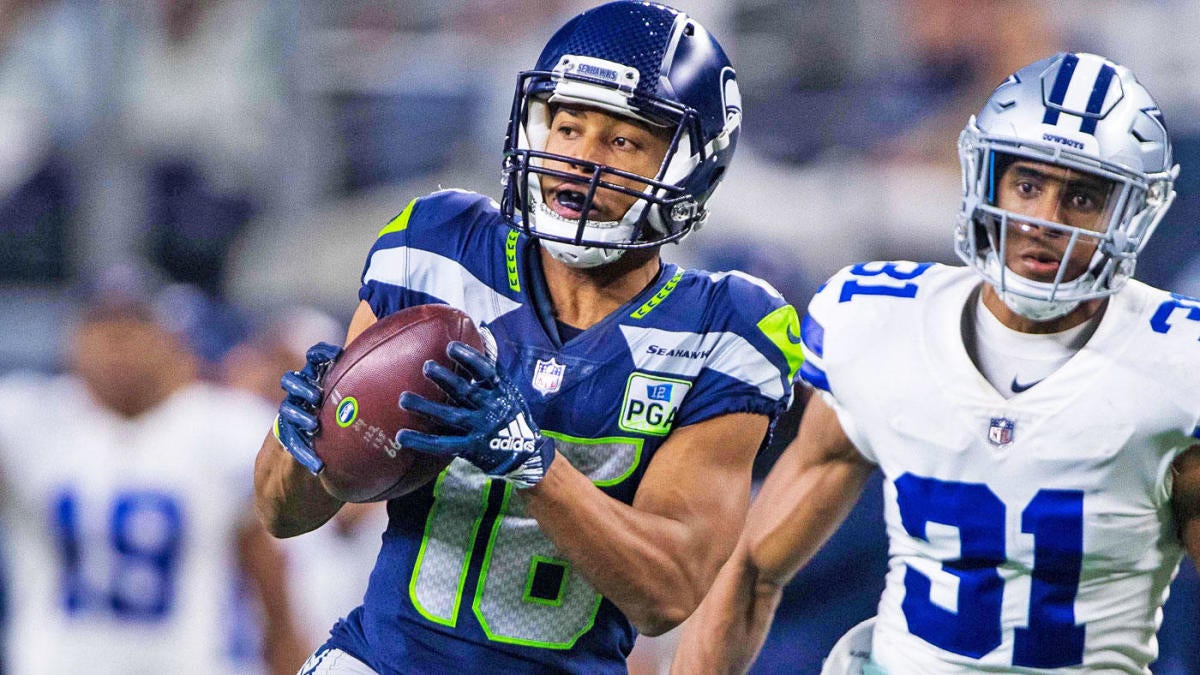 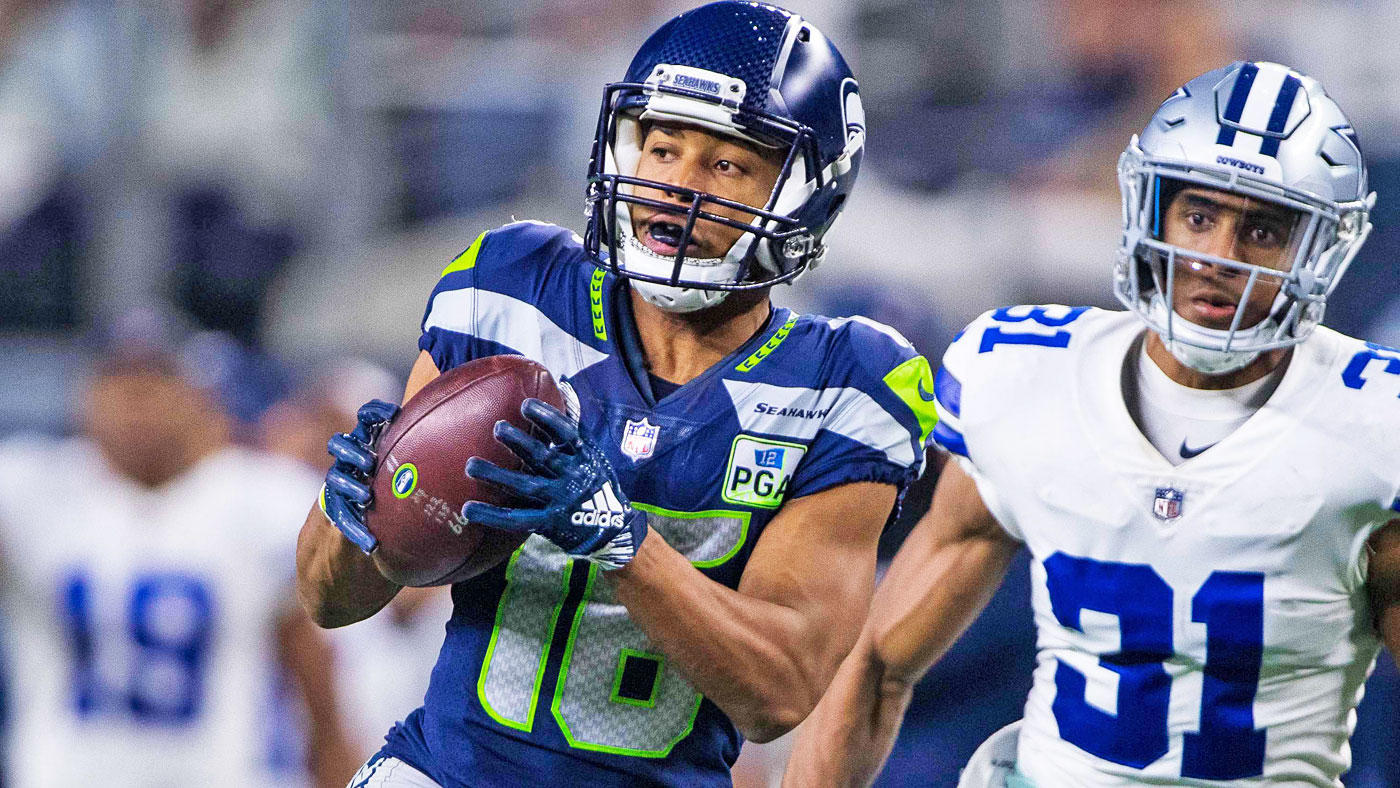 Last year, the model accurately predicted that Colts running back Jonathan Taylor was being dramatically undervalued. Taylor was being drafted behind running backs like Aaron Jones, Ezekiel Elliott and Austin Ekeler last season but the SportsLine projection model predicted that he’d outproduce all of those backs and be a fixture in your Fantasy football lineups. The result: Taylor led the NFL with 1,811 rushing yards and 18 rushing touchdowns to finish as the overall RB1 in 2021.

The same model has a proven track record providing Fantasy football tips, also identifying A.J. Brown as another sleeper in 2020 and players like Julio Jones and JuJu Smith-Schuster as Fantasy football busts last season. Additionally, it’s called past Fantasy football sleepers like Derrick Henry in 2019, Christian McCaffrey and Alvin Kamara in 2018, and Davante Adams in 2017. Anybody who banked on players like those made a run at their league title.

The model is powered by the same people who generated projections for all three major Fantasy sites, and it beat human experts last season when there was a big difference in ranking. The projections update multiple times daily, so you’re always getting the best Fantasy football advice.

Now, SportsLine has simulated the entire NFL season 10,000 times and released its latest Fantasy football rankings 2022, along with plenty of sleepers, breakouts and busts. Head to SportsLine now to see them.

One of the 2022 Fantasy football sleepers the model is predicting: Vikings quarterback Kirk Cousins. The veteran signal-caller is coming off a productive 2021 season, throwing for 4,221 yards and 33 touchdowns. He also cut down on his mistakes, finishing with just seven interceptions.

Cousins finished as the QB9 with the 10th-most Fantasy points per game last season, but Fantasy owners are sleeping on Minnesota’s signal caller again this year. In fact, Cousins is currently being drafted in the 10th round according to the latest 2022 Fantasy football ADP. However, SportsLine’s model is expecting Cousins to outperform Russell Wilson (eighth-round ADP), Dak Prescott (eighth) and even Joe Burrow (sixth). See more Fantasy football sleepers 2022 here.

The model is also projecting Falcons running back Tyler Allgeier as one of its top 2022 Fantasy football breakouts. The rookie from BYU has been solid with one start and an average of four yards per carry through three preseason games. He has 68 rushing yards and a touchdown in his appearances thus far and four receptions in the passing game.

Allgeier has been working to earn a substantial role in the offense with more than just his production, as he has also proven capable in pass protection. Cordarrelle Patterson was an impressive story last season, but the former wide receiver shouldn’t be asked to shoulder as much of the rushing load this year with Allgeier running tough. The 220-pound Allgeier should also be the first option on the goal line for Atlanta, which should help bridge the gap for his fantasy owners during weeks where his yardage numbers aren’t quite as high. The model projects that he will have a big enough role in the offense to outperform others with higher 2022 Fantasy football ADP like James Robinson and Kenneth Walker. See more Fantasy football breakouts 2022 here.

As for players to avoid, the model lists Cardinals wide receiver DeAndre Hopkins as one of its 2022 Fantasy football busts. Hopkins will miss the first six games of the 2022 season due to a suspension for performance-enhancing drugs.

He also dealt with numerous injuries last season, finishing with just 42 receptions for 572 yards, his lowest total of his career. In addition, Hopkins didn’t reach 100 yards in a game once last year and only topped 70 yards twice. SportsLine’s model ranks Hopkins, who’s being drafted in the 11th round on average, behind Marvin Jones (15th-round ADP), DeVante Parker (13th) and Treylon Burks (14th), making him one of the biggest 2022 Fantasy football busts. See more Fantasy football busts 2022 here.

SportsLine is also extremely high on a surprising quarterback you aren’t even thinking about being taken in the middle rounds of 2022 Fantasy football drafts. This quarterback is listed as a shocking top-five option ahead of superstars like Patrick Mahomes and Lamar Jackson. You can only see who it is, and the 2022 Fantasy football rankings for every player, at SportsLine.

So which 2022 Fantasy Football sleepers, breakouts and busts should you target and fade? And which QB shocks the NFL with a top-five performance? Visit SportsLine now to get 2022 Fantasy Football cheat sheets for every single position, all from the model that called Jonathan Taylor’s huge season, and find out.