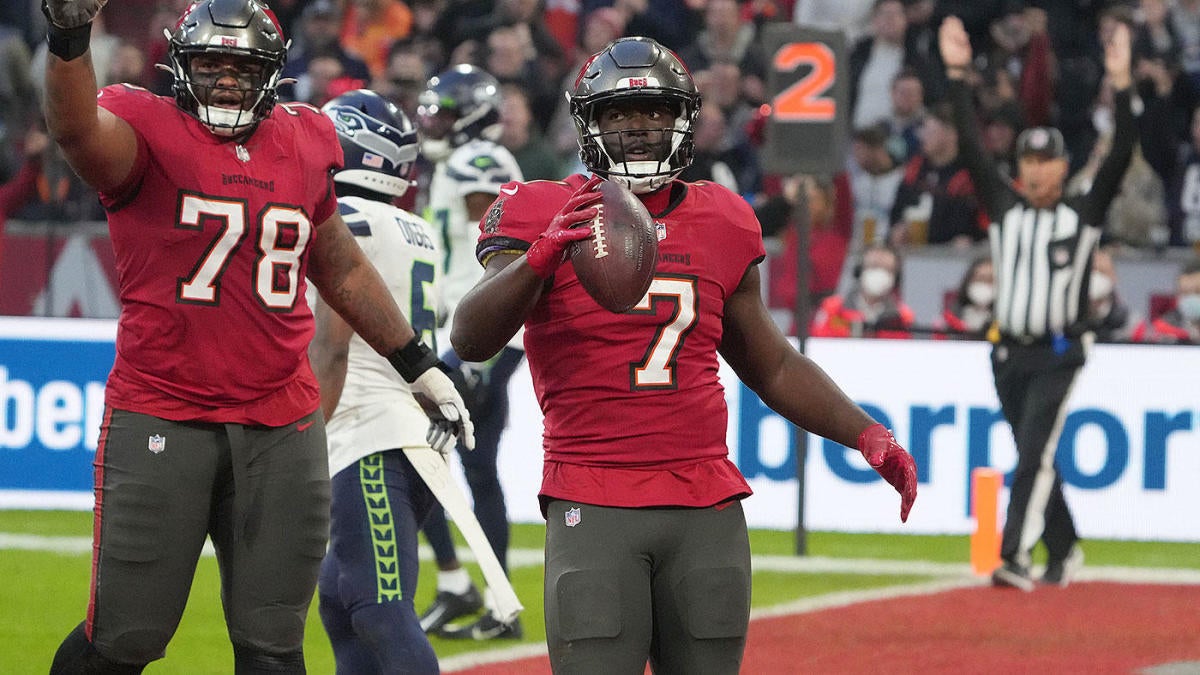 The Buccaneers split work more evenly in their backfield in Week 10 than we’ve gotten used to, with rookie Rachaad White getting the start ahead of Leonard Fournette against the Seahawks. But it’s the hip pointer injury that forced Fournette to leave Sunday’s game that could make Rachaad White one of the most valuable backs in Fantasy moving forward.

Fournette left Sunday’s game against the Seahawks in the third quarter with a hip pointer injury and was unable to return, with the Buccaneers not providing an update after he was deemed doubtful to return. Through the first three-quarters of the game, White had played 32 snaps to 21 for Fournette, though their usage otherwise had been pretty similar; both backs had 14 carries, with Fournette picking up 57 yards and a touchdown, while White had a slightly more efficient 65 yards. Fournette also had the only catch between them for the game – and he also had an interception on a trick play that saw him throwing Tom Brady’s way for some reason.

White got the opportunity to close the game out, becoming the first Buccaneers back since Week 1 to reach 100 rushing yards, as he finished with 105 on 22 carries. He benefited from Fournette’s absence, obviously, but the Buccaneers also made a point of getting both backs more involved, and White was serving as the lead even before the injury. That could hold even if Fournette is fine, and it would make White a viable Fantasy option moving forward.

However, if Fournette’s injury lingers beyond the Buccaneers’ Week 11 bye, that’s where White could have significant upside. The Buccaneers offense hasn’t been nearly as good as expected so far this season, but their backfield is still a pretty valuable one – Fournette and White have combined for 75 targets in 10 games along with 19.5 carries per game. If the bulk of that goes to White, he’s got top-12 upside.

Of course, the bye week gives Fournette an opportunity to get healthy before he has to miss any time, and it makes White a less pressing priority on the Week 11 waiver wire if you need immediate help. If you’re going for the upside, however, White is the clear top pick, and someone who is probably going to cost a pretty penny in FAB bidding this week.

He could be worth it.

Here are the other injuries we’re tracking coming out of Week 10: