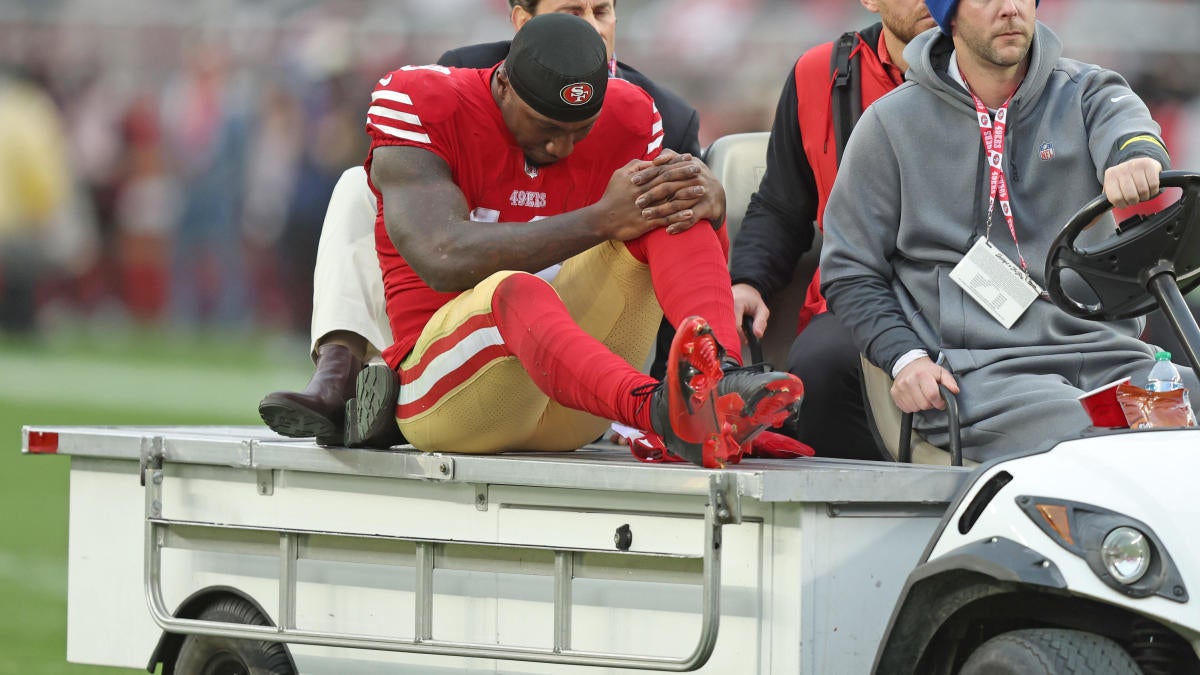 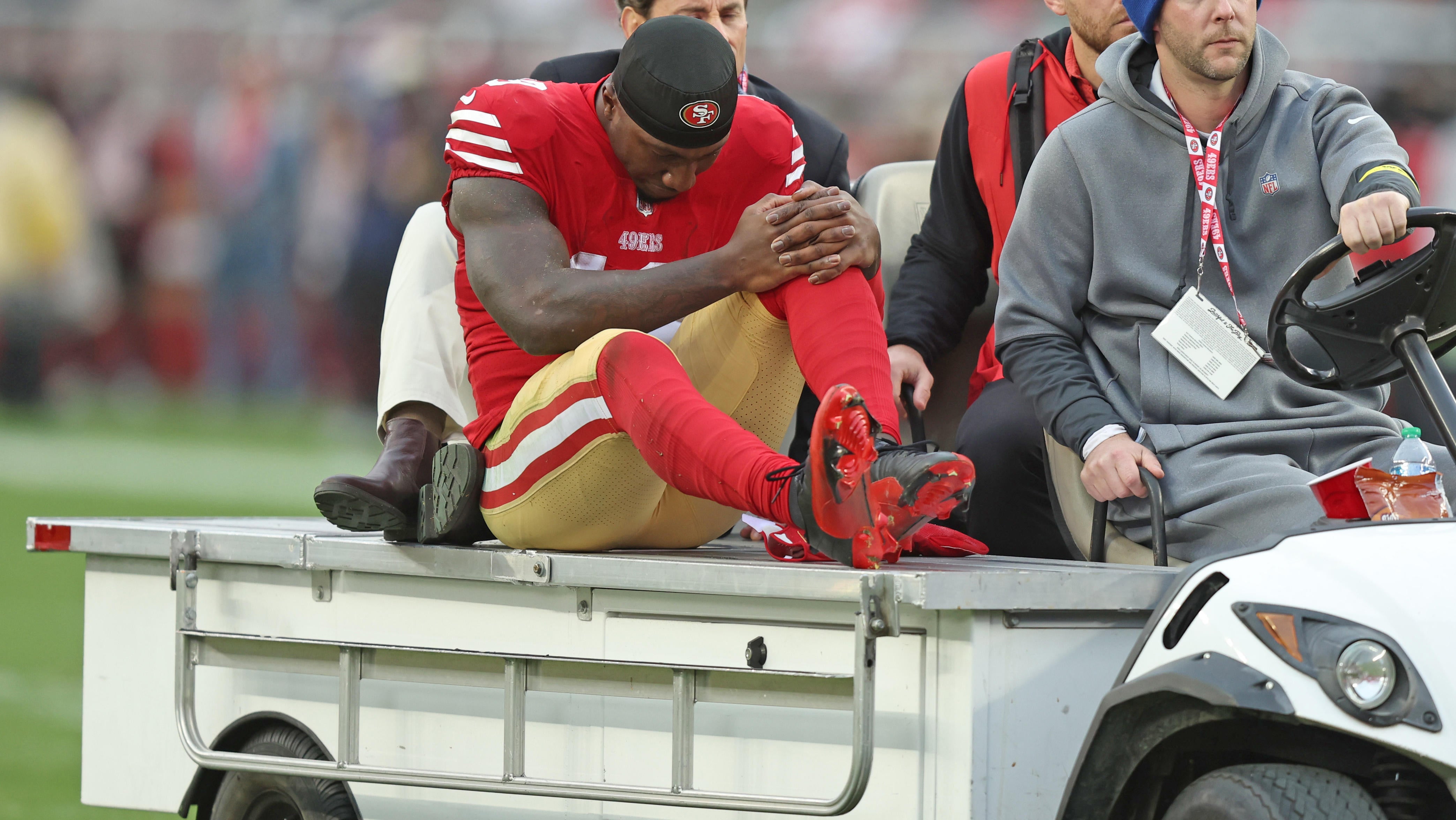 It wouldn’t be a big week in Fantasy Football if there weren’t some unfortunate injuries, and those of us who were relying on Tee Higgins in Week 14 drew some of the worst luck possible.

Higgins was added to the injury report mid-week with a hamstring injury, but he was cleared from the injury Friday and was taken off the injury report in advance of Sunday’s game against the Browns, so it looked like he was in the clear. Instead, he ended up playing just one snap in Sunday’s game – and Bengals coach Zac Taylor told reporters after the game that even that participation was not part of the game plan.

Apparently, Higgins suffered some sort of setback during pre-game warmups and was unavailable to play – though Taylor also said the Bengals had some goal-line packages available to use Higgins in if they needed to, which only adds to the confusion.

But the point is, we thought Higgins was fine, and it turns out he wasn’t. Whether they knew entering Sunday that he wouldn’t be available or he simply suffered a setback isn’t clear, but that’s really of no consequence for the players in 96% of CBS Fantasy leagues who started Higgins Sunday, many doubtlessly playing for a playoff spot. It’s an incredibly frustrating outcome, though it was far from the only injury-related pain point of the day.

Here are the other Fantasy-relevant injuries we’re going to be tracking coming out of Sunday’s action, starting with a potentially severe injury to another elite WR:

Deebo Samuel (leg) – Samuel got rolled up on awkwardly during the second quarter of Sunday’s game, fumbling as he went down on a rush attempt. Samuel was in obvious pain, reaching for his lower leg, and though he tried to hop off the field with some help, the 49ers ultimately had to bring the cart out for him to go to the locker room. Samuel’s day was done with the injury, and though he avoided a broken bone, the team fears he suffered a high-ankle sprain, per Kyle Shanahan. That isn’t a worst-case scenario, but it very easily could mean the end of Samuel’s Fantasy season. The 49ers have no shortage of weapons, and Brandon Aiyuk figures to step up as the No. 1 WR, while George Kittle should see a few more looks. It could also help someone like Jordan Mason see a larger role in the running game, though you’d have to be pretty desperate to use him as long as Christian McCaffrey is healthy. Aiyuk will be in the WR2/3 discussion the rest of the way while Kittle remains a viable starting tight end, though likely not the elite one he once was.

Jeff Wilson (hip) — Wilson had to be carted to the locker room, so while we don’t have any updates on the extent of the injury as of Sunday night, it’s fair to worry that this could require an absence. The Dolphins didn’t do much to get their running game going against a porous Chargers defense, with Wilson and Raheem Mostert combining for 63 yards on 15 carries. I think that’s about what I would expect from Mostert if Wilson has to miss Week 15 against the Bills, and it would put him in the RB2 discussion.

Dameon Pierce (ankle) – Pierce suffered an ankle injury during the second half and tried to play through it, ultimately rushing for 78 yards and a touchdown on 22 carries. However, he was held without a catch and watched from the sidelines late as Dare Ogunbowale was in to try to get the Texans back in. The severity of the injury is not yet known, but it’ll be something to keep an eye on heading into Week 15 and the Fantasy playoffs, with the Texans set to face the Chiefs next week. Pierce has little to prove after a very productive rookie season, so if this is a multi-week injury, they could opt to hold him out. Rex Burkhead and Ogunbowale would likely split work, and neither would be much more than a desperation RB3 if you needed one.

Russell Wilson (concussion) — Wilson took a very tough hit while scrambling near the goal line and went down in a daze. He was able to come off the field after trainers came to check him out, but he wasn’t able to come back to the game, with Brett Rypien going 4 for 8 for 16 yards in his stead. The Broncos offense has struggled mightily all season, and Wilson has been playing through all kinds of injuries, so there’s always some risk of him being shut down at some point. Rypien would be a downgrade for Jerry Jeudy, but Wilson’s absence isn’t as impactful as it once was at this point.

Tyler Huntley (concussion) – Filling in for Lamar Jackson (knee), Huntley took a big shot in the third quarter while rushing, and though he was listed as questionable to return, he never got back. With Jackson’s knee injury putting him in doubt for Week 15 as well, per Sunday reports, the Ravens could be down to third-string, undrafted free agent rookie Anthony Brown out of Oregon to start against the Browns next week. Brown fits the system as a rushing QB, but you’d have to be pretty desperate to start him – Huntley and Brown combined to go 11 for 17 for 104 yards, with 26 rushing yards.

Kenny Pickett (concussion) – On the other side of that game, Pickett was knocked out much earlier, finishing with one incomplete pass attempt and two rushes for 16 yards. Mitchell Trubisky came in and predictably struggled, throwing three interceptions to one touchdown. Trubisky isn’t a notable downgrade for the Steelers offense as a whole, but that’s not really a point in his favor.

Mike White (ribs) – White gutted it out Sunday, leaving the game at multiple points due to rib issues, and he went to the hospital after the game for evaluation. This was expected to be a precaution, but he clearly took a beating, so we’ll have to keep an eye on his status for Week 15. White would be a viable QB2 for the Week 15 matchup against the Lions if he’s able to play.

Tyler Boyd (hand) – Boyd made it through just two snaps before suffering an injury to one of his fingers, and he was unable to return. Down two of their top three receivers, Ja’Marr Chase played all over the field, racking up 125 yards on 11 touches, because he’s a stud, while Trenton Irwin stepped up with two catches for 58 yards and a score. Those were his only two targets, and he would not be a recommended starter for Week 15 against the Buccaneers even if both Boyd and Higgins were out.

Corey Davis (head) – Davis was ruled out of Sunday’s game with what seems likely to have been a concussion, so he’ll have to go through the concussion protocol to be cleared to play in time for Week 15 against the Lions. That’s always an iffy proposition, though Davis did end up returning a week later the last time he suffered a concussion back in 2019.

Daniel Bellinger (ribs) – Bellinger caught all three passes thrown his way for 19 yards before suffering the injury, and he was shortly ruled out. He had only just returned last week from a scary eye injury, so this is more bad luck for the rookie, and if he has to miss any time moving forward, you can probably just cut him.

Dontrell Hilliard (neck) – Hilliard was injured while making a tackle on a punt return Sunday, and he had to be carted off the field. He was able to sit up after a few minutes, but this will obviously be a situation to monitor moving forward. Julius Chestnut was the backup to Derrick Henry Sunday with Hilliard out, but I would expect Hassan Haskins to be active if Hilliard has to miss any time next week.