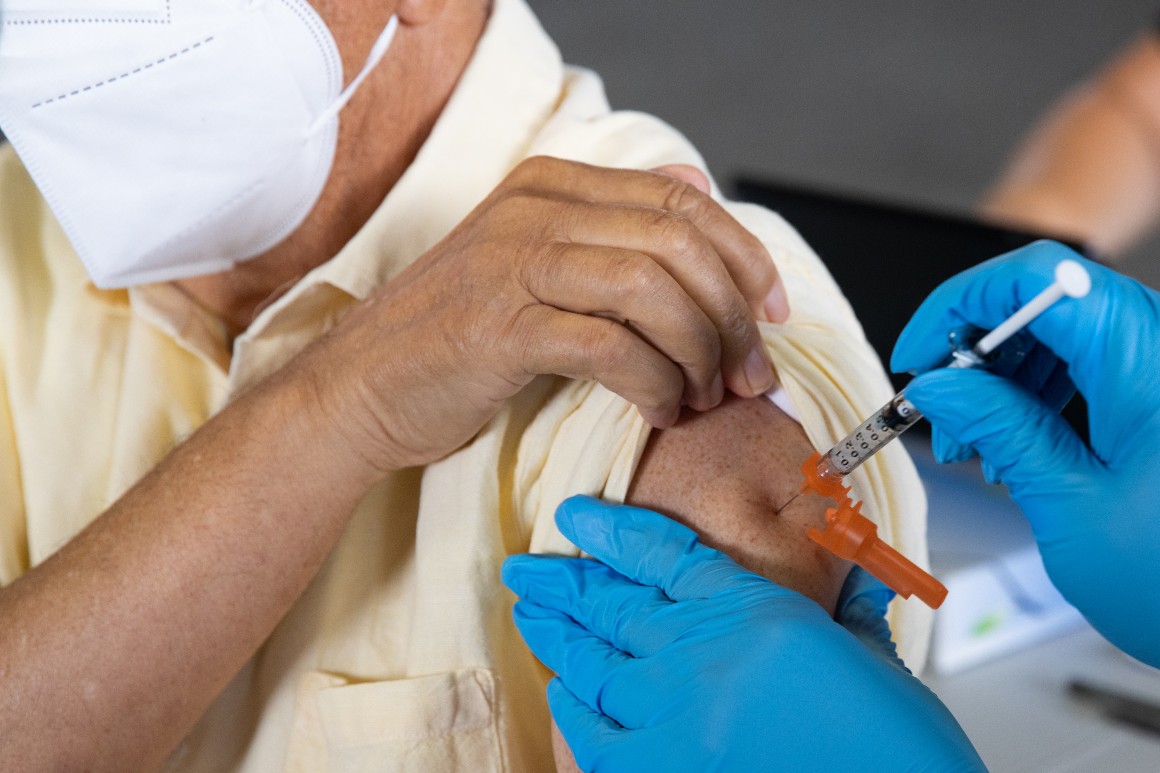 But FDA said observational studies don’t unanimously support the suggestion that the shot’s efficacy declines over time, while data overall show that all three vaccines authorized or licensed in the U.S. — from Pfizer-BioNTech, Moderna and Johnson & Johnson — still protect against severe disease and death.

“There are many potentially relevant studies, but FDA has not independently reviewed or verified the underlying data or their conclusions,” the agency said, adding that some of those studies — including data from Israel — would be discussed Friday.

The Israeli data, some of which is set to be published Wednesday, has shaped the Biden administration’s effort to begin offering boosters to most adults next week. In its absence, federal scientists and other public health experts have questioned the move toward boosters when available data shows that the vaccines still offer high protection against severe disease, hospitalization and death in most age groups.

“Known and unknown biases” can affect the reliability of observational studies, FDA cautioned.

“Furthermore, US-based studies of post-authorization effectiveness of [the Pfizer-BioNTech vaccine] may most accurately represent vaccine effectiveness in the US population,” the agency said.

Still, FDA acknowledged that the companies met the pre-defined success criteria in their booster study.

Pfizer’s booster shot application would apply to individuals 16 and older. If members of FDA’s vaccine advisory committee vote to recommend boosters, FDA and the CDC’s own outside advisory panel could act within days to permit use of the Pfizer booster. FDA is not bound by its advisory committees’ recommendations but often follows them.

The Biden administration’s goal of rolling out boosters by Sept. 20 has stirred controversy within FDA. Two of the agency’s top vaccine scientists, Marion Gruber and Philip Krause, recently decided to retire this fall — in part over frustration with the planned booster launch.

Gruber, director of FDA’s Office of Vaccines Research and Review, will give a presentation Friday at the FDA advisory committee meeting.

More on side effects: About 5 percent of study subjects — predominantly female — experienced swollen lymph nodes within four days of the shot, Pfizer said. All but one case of the condition, a known side effect of the vaccine, were considered mild.

“As Dose 3 is a booster, it is not surprising that stimulation of a lymph node reaction by vaccination would be present in the setting of a significant increase in neutralizing antibodies observed after Dose 3,” Pfizer said.

No participants experienced myocarditis or pericarditis, two heart inflammatory conditions that have been linked to the vaccine, especially among males 30 and younger.

Pfizer is also recommending that its booster dose be given six months after a patient’s second of two initial doses, rather than the eight months that top Biden administration health officials have suggested. The final decision on timing will rest with federal regulators at the FDA and CDC.

What’s next: FDA on Wednesday will post the questions that the advisory committee will consider at its meeting on Friday. In addition to the booster-shot application from Pfizer and BioNTech, the agency is considering a booster application from Moderna.