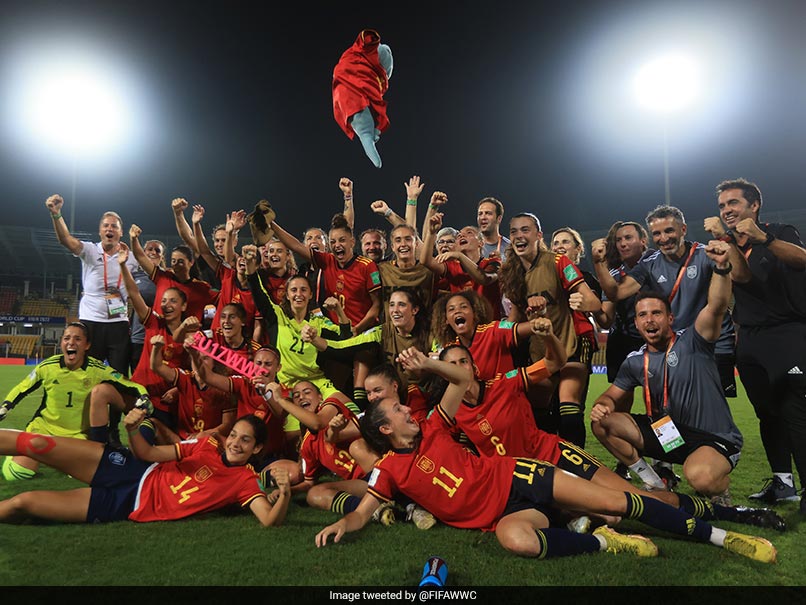 Spain beat Japam 2-1 to reach the semi-finals of the FIFA U-17 Women’s World Cup.© Twitter

Colombia defeated a nine-member Tanzania 3-0 in the quarterfinals of the FIFA U-17 Women’s World Cup at the Jawaharlal Nehru Stadium on Saturday. With the win, the South Americans entered the semifinals of the showpiece following four successive group stage exits, including in 2018. Colombia made the first breakthrough within three minutes , with captain Linda Caicedo finding the back of the net.

The second goal came 13 minutes later, as Cristina Motta’s cross from the left was headed into the goal by Yesica Munoz.

Colombia added to Tanzania’s misery with a spot-kick in the 32nd minute.

In the day’s other quarterfinal, Spain rallied to beat Japan 2-1 and make the semifinals of the tournament.

Momoko Tanikawa put Japan ahead with his 66th minute strike, but Vicky Lopez (87′ and 90 3) scored twice to seal the issue in his team’s favour.