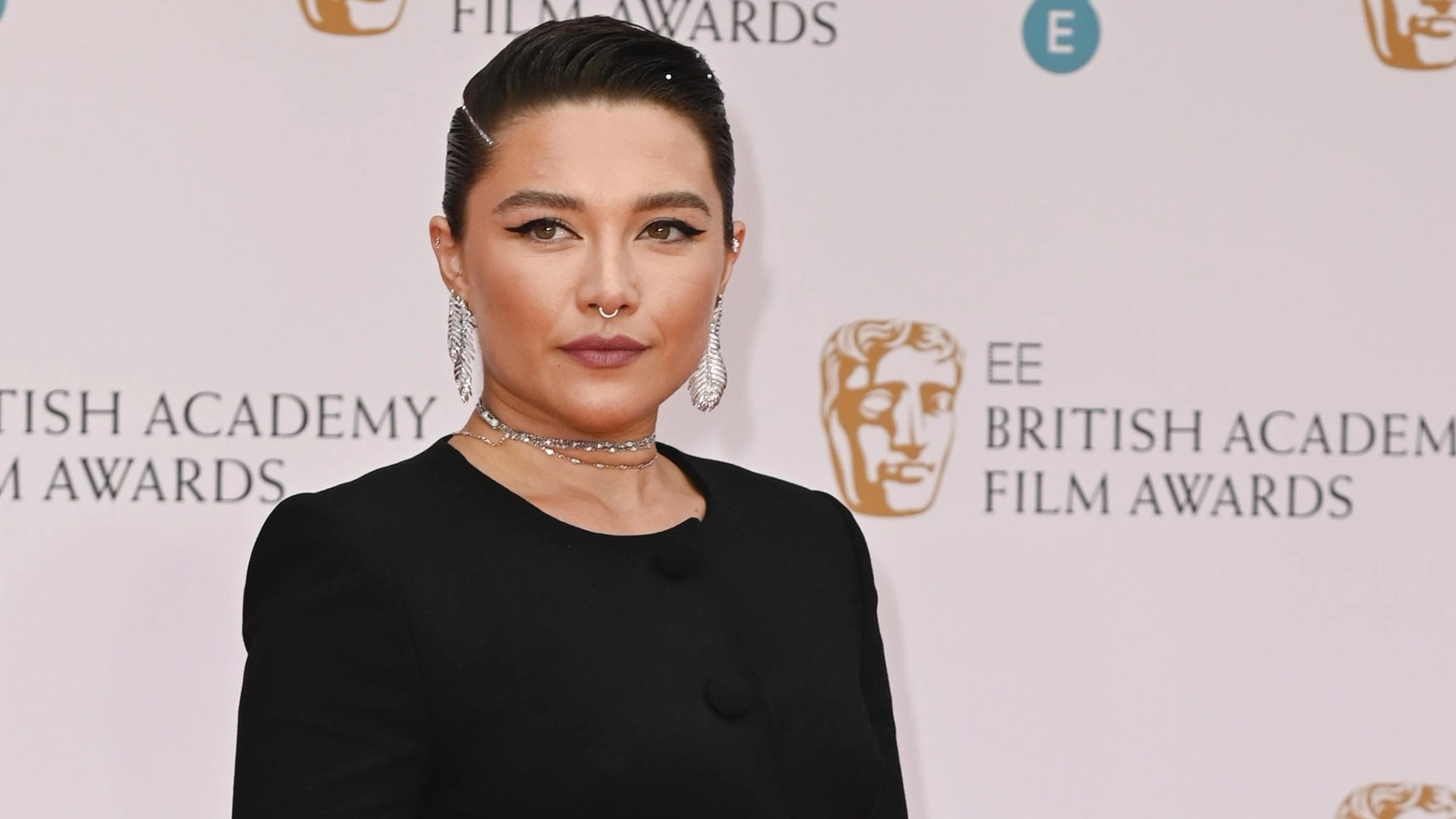 It comes after director and actress Olivia Wilde’s public spat with the film’s original lead Shia Labeouf — which Florence has been dragged into as collateral damage.

Now we hear that Florence is declining to do any interviews for the movie, while she films Dune: Part Two in Budapest, and wants to avoid the red carpet altogether at the movie’s premiere at Venice Film Festival next month.

A source said: “Florence is disappointed with this narrative and she doesn’t want to be dragged into the squabbles between other talent.

“The movie is getting everyone talking for all the wrong reasons and she doesn’t want to fuel that any more by dealing with awkward questions.”

It comes after US website PageSix reported last month that Olivia and Florence had fallen out over the director’s romance with Harry Styles, who replaced Labeouf, which some on set called “unprofessional”. 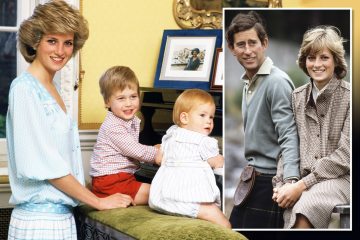 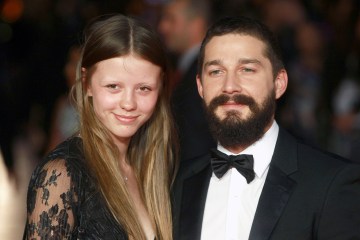 It all kicked off after Olivia told Variety that she had fired troubled actor LaBeouf because of his “combative energy”.

But Shia has hit back with his own version of events, and has the receipts to back it up. He has released emails explaining his decision to leave the project, claiming he didn’t have time to rehearse with the cast.

A video Olivia sent him, begging him to reconsider is also at large, where she alludes to a disagreement between Shia and Florence, far left, saying: “I want to figure this out. You know, I think this might be a bit of a wake-up call for Miss Flo.”

In the letter sent from Shia to Variety he wrote: “Firing me never took place, Olivia. And while I fully understand the attractiveness of pushing that story because of the current social landscape . . .  It is not the truth.

“So I am humbly asking that you correct the narrative as best you can.

“I hope none of this negatively affects you, and that your film is successful in all the ways you want it to be.”

The drama surrounding the film might be better than the flick at this rate.

Is that Megan? Corset is

MEGAN THEE STALLION was never going to step out for her festival sets in a cosy cardigan.

And she lived up to expectations by hitting the stage in a black leather corset, leaving little to the imagination.

The NDA rapper rocked the racy outfit for her performance at Reading Festival on Friday, before headlining the Leeds Festival’s Main Stage West last night.

And she made it a night to remember for two groups of “hotties” at Reading after inviting them to join her on stage – despite organisers banning her from doing it.

No arguments from us.

SUMMER NOT HOT ON PAUL

PAUL HOLLYWOOD’s ex-girlfriend Summer Monteys-Fullam has launched a stinging attack on the Great British Bake Off judge – branding him “average.”

Former barmaid Summer, who dated Paul for two years before they split in August 2019, was quizzed by fans online on whether she would date an average builder.

And she replied caustically: “I dated an average ‘baker’ sooo…” Ouch.

Summer also went on to tell followers that moving away from Kent, where she lived with TV star Paul, to the Cotswolds was the “best thing” she’s ever did.

So it’s safe to say there’s no love lost there then.

Paul, who is now dating another barmaid, Melissa Spalding, will be back on our screens soon with the new Bake Off series.

We know who won’t be tuning in.

OTI MABUSE has told how she wants her next TV project to be about . . . civil engineering.

The ex-Strictly pro, who as a youngster juggled training as a civil engineer with competing on the ballroom scene, opened up about her experience in an interview to promote The CHER Show, which is now touring the UK.

Oti – who has choreographed the musical, telling the life story of the US singer – said: “Engineering and dance are both about problem-solving and precision and I love them both equally. I’d love to do a TV show about it.”

Speaking on The One Show in 2018, South African Oti revealed: “I went and studied civil engineering for four years and then I started working. Then because the hours were so long I couldn’t dance any more.

“I just missed dancing so much but at that time you couldn’t really do it in South Africa and make a living out of it because they just saw it as fun entertainment at dinner tables.”

Unable to give up the dancing bug, Oti moved to Europe and got spotted by Strictly bosses.

Since leaving the BBC show in February she has landed a series of TV jobs, but so far none involving clipboards, hard-hats or high-vis jackets. Over to you, TV bosses.

The Yellow hitmaker was approached earlier this year by former Australian X Factor star and pal Emmanuel Kelly about a role in his new TV project.

And sources say he may take an advisory role in series The Outlyers, which will feature ten contestants with incredible life stories.

Chris is already an adviser for Emmanuel’s entertainment firm, The Outlyer Group, which aims to champion differently-abled talent.

One source said: “Emmanuel has known Chris for many years and when he told him about this TV series, he was very supportive. He is hoping he can get him involved. He is already on the advisory board for Emmanuel’s company.”

Emmanuel, who is differently-abled, was abandoned in a shoebox as a newborn in war-torn Iraq. He was raised in an orphanage in Baghdad and, at seven years old, was taken to Australia by a humanitarian for surgery, which helped him to walk.

He shot to fame after auditioning for The X Factor in 2011 and has been friends with Chris for six years.

Soon after meeting the chart-topper invited Emmanuel to join him on stage with Coldplay in Melbourne.

Chris later produced tracks on Emmanuel’s album and recently invited him to open for the band on tour in Australia and New Zealand. Speaking last year, Chris said of Emmanuel: “He’s a beautiful soul. Before you get to what he’s been through or how he’s differently-abled, he’s just a sweet person who’s always looking to see the light in situations.

“And he’s a very good singer. His voice is beautiful . . . then once you learn about his story, he’s living alchemy in terms of someone most people would’ve written off, who instead turned into this bright star. He’s very inspiring.

“It’s impossible to be around Emmanuel and complain about stupid s***.”

Chris’s involvement in the series would mark his first reality TV contribution since he appeared as a guest mentor on The Voice in America in 2014.

The Outlyers, which is Emmanuel’s brainchild, is currently being pitched to UK TV channels and has received an enthusiastic response from several. Watch this space.

Vick’s Feast for the eyes

VICK HOPE looks far from blue as she grins in double denim.

The Radio 1 DJ donned a matching jacket and shorts for The Big Feastival, which saw Basement Jaxx, Sam Ryder and Anne-Marie hit the stage yesterday.

We can’t argue that the star, who is engaged to Calvin Harris, has plenty to smile about.

LOVE Island’s Ikenna was having the time of his life taking selfies with fans at Reading Festival.

An onlooker told us: “Reading used to be all about rock but it’s gone reality.

“Ikenna was enjoying the attention, showing off his arms in a sleeveless anorak and dancing like crazy.”