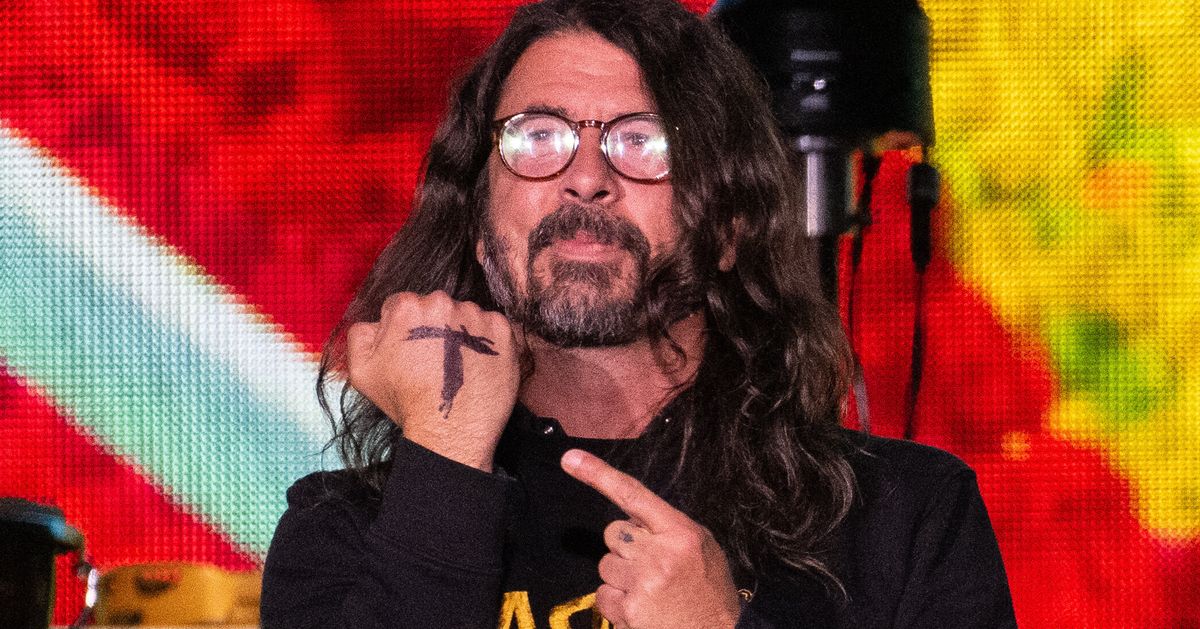 The band headlined a tribute concert in London on Saturday that featured the appearances by Paul McCartney, Liam Gallagher, Dave Chappelle and Hawkins’ 16-year-old son Shane.

The nearly six-hour event — which was backed by the band and Hawkins’ family ― honored the late drummer who was part of the band for roughly 25 years.

Grohl, during a performance of “Times Like These,” broke down in tears while singing the Foo Fighters’ song.

He took a pause from singing to regain his composure before continuing to rock out with supporting bandmates.

You can watch a clip of the performance below.

Grohl also held back tears as he led off the concert and fans chanted “Taylor” ahead of the litany of musical performances.

Hawkins’ lasting legacy wasn’t lost on the crowd on Saturday, either, as his 16-year-old son Shane played drums during a performance of the Foo Fighters’ hit “My Hero.”

Grohl, at one point during the performance, looked on with a smile as his late bandmate’s son went to town on the drums.

It wasn’t the only family affair captured on stage, either.

Dave’s daughter Violet sung a Jeff Buckley cover song as her father played the drums during the tribute event.

The Foo Fighters will embark out west to perform another tribute concert for Hawkins at Los Angeles’ Kia Forum on Sept. 27.