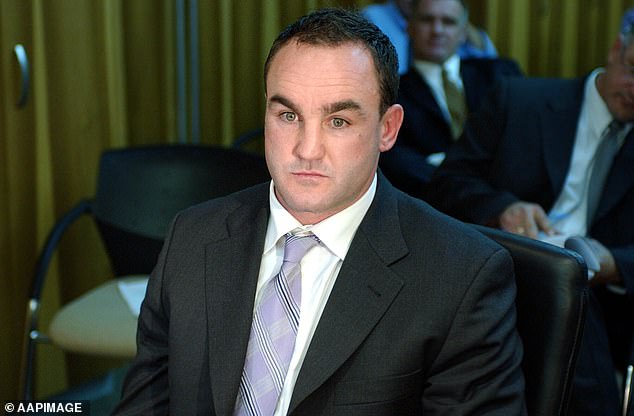 A former NRL enforcer has been convicted after he smashed a glass over a woman’s head at a popular Sydney pub.

Danny Williams, 49, played for Melbourne Storm and North Sydney Bears during his professional career, and was known for his uncompromising physical style of play.

A court heard on Wednesday how the former footy star hit the victim after she complained about his loud singing and swearing while she and two other women were watching a basketball game at The Oaks Hotel in Neutral Bay on October 1.

He pleaded guilty in Manly Local Court to assault occasioning actual bodily harm and the attack left the woman with a cut on the back of her head. She did not require hospital treatment.

Williams now lives in Brighton, Victoria, where he runs a cleaning company. He made headlines in 2004 when he struck Wests Tigers rival Mark O’Neill with a ‘king hit’ that knocked him out. He was suspended for 18 weeks.

On Wednesday, his barrister said the nature of the injury to his victim was at the mid to lower end of the scale, and that the incident was out of character for Williams.

He entered the Oaks Hotel at 1pm on the Saturday afternoon and drank at the venue’s Taffy’s Sports Bar. At 3.45pm the victim entered the bar with friends and sat in a large booth facing a TV screen to view the Woman’s Basketball World Cup. 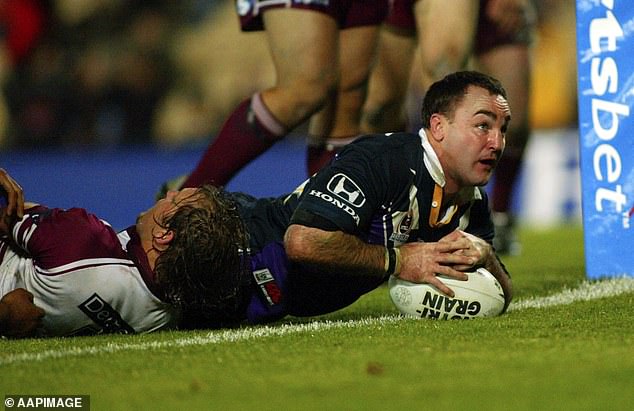 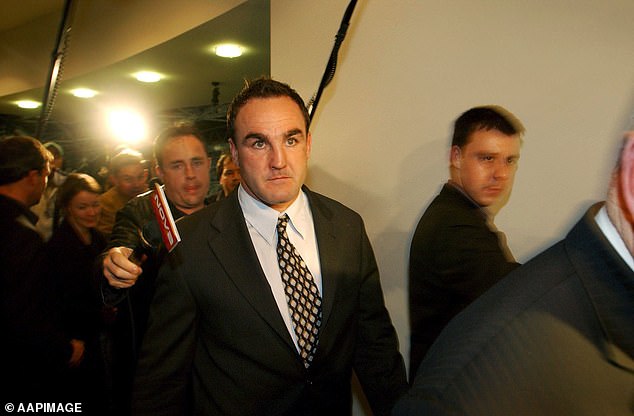 Williams and his friends were stood behind the booth and he was heard ‘swearing and singing loudly’.

The victim said to Williams: ‘Hey mate, you’re singing really loudly and you are right in my ear.’ However, the 49-year-old continued singing and at 5.25pm she tossed beer from a glass over her shoulder onto Williams.

He responded by throwing beer back at her and ‘then placed the now empty beer glass in his right hand and proceeded to smash it on the back of the victim’s head with such force as to cause the glass to shatter,’ the court heard.

Williams fled the bar with his mates while the woman was treated for a small cut. Police found him at a nearby pub and he was arrested.

Magistrate Robyn Denes convicted Williams and handed him an 18-month community correction order to be of good behaviour, plus a $1000 fine.