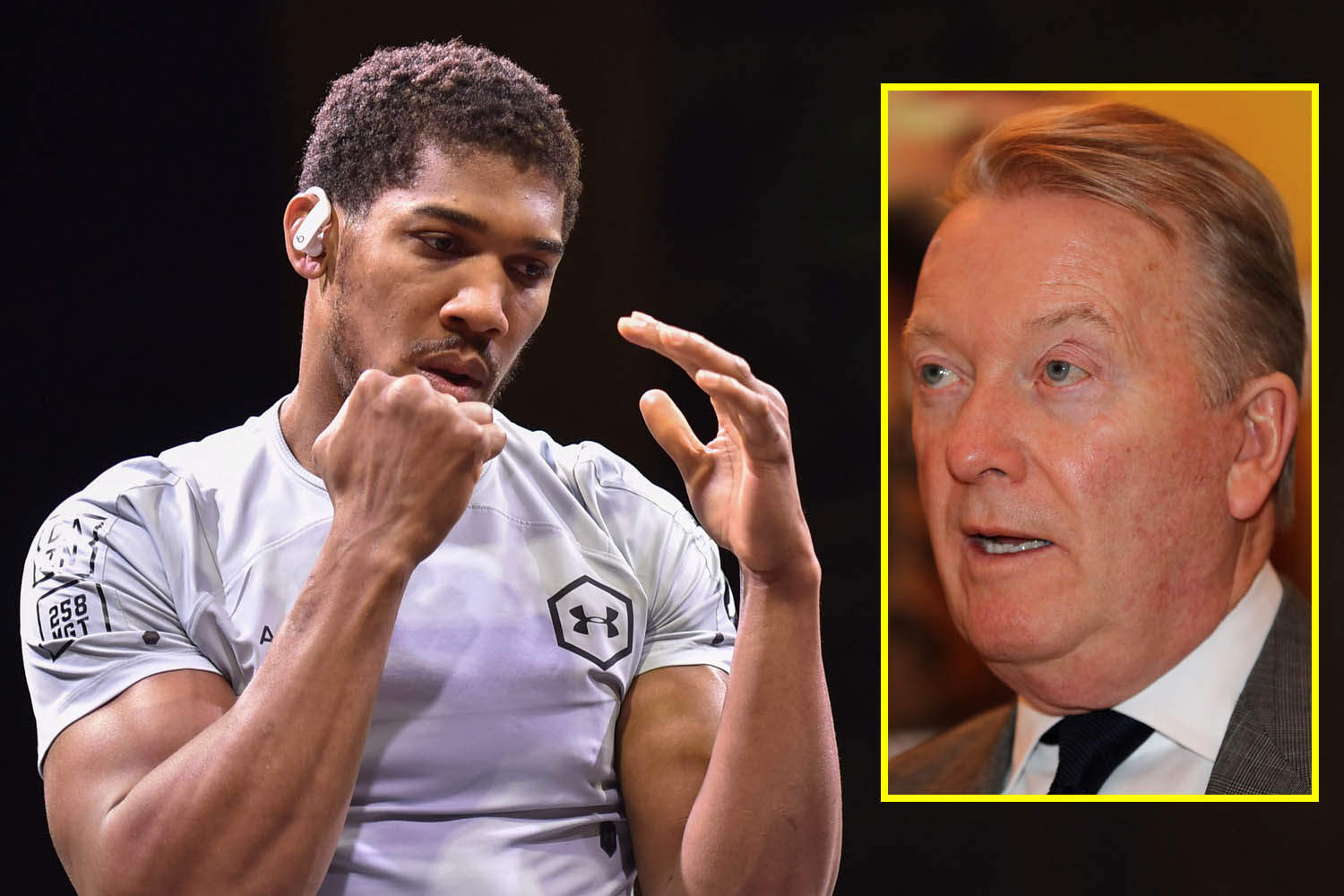 Frank Warren has revealed his top five heavyweights and it has caused some controversy, with Anthony Joshua not making it.

They all made the cut, while IBF, WBA and WBO champion Oleksandr Usyk and Fury’s famous adversary Deontay Wilder completed the list.

“The number one for me is a no-brainer, that’s Tyson [Fury]. I think he’s head and shoulders [above the rest],” Warren told BT Sport Boxing.

“I think the next one is probably [Oleksandr] Usyk and then I would say [Deontay Wilder].

“Then I would say Joe Joyce and I would also put in Daniel Dubois.”

Warren was then asked why he had decided not to include Joshua and he replied: “He’s not in the top five of any governing body at the moment, based upon losing two of his last three fights.”

This may be a slightly unfair metric by which to judge ‘AJ’ considering that Warren has included Wilder in the top five, who has also lost two of his last three fights.

The inclusion of Dubois over Joshua is also somewhat unjustified given that ‘Triple D’ has not beaten anyone of particular note.

But when you consider that AJ is promoted by Eddie Hearn and Matchroom, the list begins to make a bit more sense.

With that being said, besides switching Dubois and Joshua, the list is fairly solid.

It is almost impossible to argue that Fury and Usyk shouldn’t be number one and two.

There are also reportedly ongoing talks for this pair to battle it out for the undisputed heavyweight crown in March 2023 in Saudi Arabia.

In terms of Wilder, his valiant performance in the third fight with ‘The Gypsy King’, as well as his astonishing one-punch knockout power means he can never be counted out.

As for Joyce, his most recent victory over Joseph Parker was a real break-out performance and it showed that ‘The Juggernaut’s’ relentless style and iron chin can hold up against the elite of the heavyweight division.