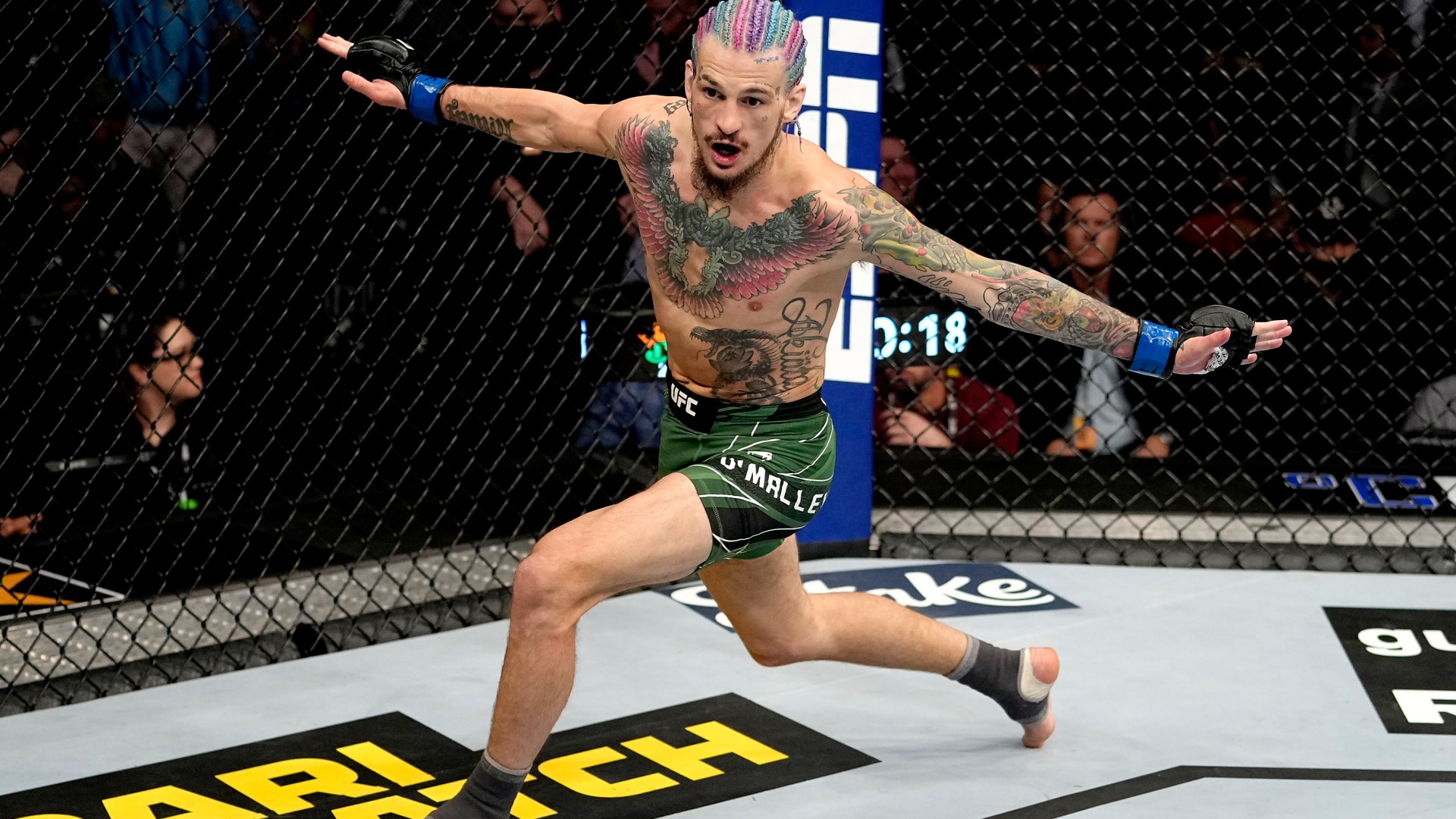 On Saturday, ‘Sugar’ will face the toughest test of his career when he squares off against Yan in a title eliminator at UFC 280 in Abu Dhabi.

One look at O’Malley and it becomes clear why he is one of the most recognisable people in the UFC and on the verge of superstardom.

The 27-year-old tattoo-covered contender changes the colour of his hair and how it is styled every fight to stand out from his peers – and it is certainly working.

O’Malley is one of the most popular fighters on the roster even though he is yet to pick up a win over anyone in the top 15 during his entertaining five-year UFC run.

The 14-1 fighter suffered a first-round knockout loss in his first true test when he injured his foot before being stopped inside five minutes by Marlon ‘Chito’ Vera at UFC 252 in August 2020.

Since then, he’s had three knockout wins over modest opponents and a no-contest with perennial contender Pedro Munhoz who took an inadvertent eye poke and was unable to continue their UFC 276 fight in July.

Doubts remain about O’Malley’s ability to become a true title contender but the man himself is confident he has what it takes to become a champion and displace Conor McGregor as the biggest star in the MMA.


O’Malley vs Yan LIVE: UK start time and how to follow bantamweight clash at UFC 280

“I will be bigger than Conor [McGregor] 100 per cent. The UFC has grown massively in the last two years,” O’Malley told talkSPORT ahead of UFC 276.

“The amount of eyeballs when Conor was building his way up was half what it is right now. So, if I continue to do what I do, there’s no reason I’m not twice as big as Conor.”

When he’s not chasing glory in the Octagon, O’Malley is using his newfound fame to strike up friendships with the likes of Hip Hop legend Snoop Dogg, YouTuber-turned-boxer Jake Paul and controversial rapper 6ix9ine.

6ix9ine was facing 47 years in jail before he began cooperating with law enforcement and his sentence was reduced to just two years.

Last year, 6ix9ine struck up a friendship with O’Malley which was cemented when the Brooklyn-based musician tattooed his name on the MMA fighter’s back after they partied together in Miami.

As well as being a top bantamweight contender and friend to many famous faces, the UFC 280 star is a long-time partner to Danya Gonzalez and the father of a little girl called Elena who was born in 2020.

Unsurprisingly, O’Malley has a unique relationship with Gonzalez which he spoke openly about during a recent appearance on the Full Send podcast.

“Everyone’s definition of an open relationship is different. I like to think of ours as just an open-minded relationship where we don’t own each other,” he said.

“I don’t own her, and she doesn’t own me. When I first met Danya, I told her, ‘I don’t know why anyone would f** the same chick for the rest of their life, I can’t do that.’

“So, she knew she wasn’t in love with a phony me. We’ve had some dope threesomes. Every relationship should be okay with it, that just needs to happen.”

O’Malley is certainly a unique character and it’s easy to see why the UFC boss has such high hopes for him. But he face’s the not-so-easy task of beating Yan before he can reach the superstar status he has been dreaming of.