Furious BTS ARMY takes Twitter by a storm; asks HYBE to ‘SPEAK UP FOR Jungkook’ as the latter gets reported for under-the-table advertising’ – view tweets 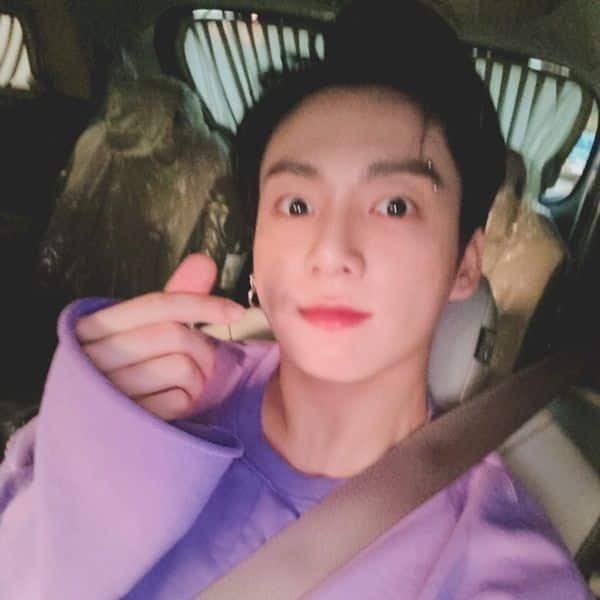 BTS member Jungkook has come under the scanner after a Korean netizen accused him of carrying out ‘under-the-table advertising’ of a clothing brand, Six6uys. The netizen filed a report to the Fair Trade Commission against Jungkook claiming that the BTS member was manipulating and influencing consumers. Also Read – BTS: From Kim Taehyung/V’s Goth look in My Universe MV to Jimin’s trademark smokey eyes – here’s show the septet inspires makeup enthusiasts — view pics

“Six6uys launched the clothing brand, Graffiti On Mind early September this year and Jungkook wore the brand’s shirt on broadcast. A few days later, he wore the same shirt in a different color in a selfie uploaded to Twitter and Weverse. BTS is a top boy group that represents South Korea and has an astronomical status. Even if Jungkook did not personally share a review of the product or ask fans to buy it after uploading the photo to social media, just by giving the brand exposure often, he could cause a raise in the profits beyond imagination. As such, this is an incident that could detriment a fair and free market and this is something that the Fair Trade Commission also strictly prohibits. I request that the Fair Trade Commission look into the matter carefully,” the netizen stated, according to a report in Koreaboo. Also Read – These amazing facts about BTS and Coldplay‘s ‘My Universe’ music video will BLOW YOUR MIND!

However, ARMY is really not happy about the current development. They have been venting out their anger on Twitter questioning HYBE over their silence on the matter. Check it out. Also Read – My Universe: Meet the super-hot band members of Supernova7 who played aliens in BTS And Coldplay’s music video

So Korean netizens filed a report to the trade fair commission against jungkook for “under the table advertisment”. lol he didn’t even mention the brand name, Why people always misinterpret everything. it’s so senseless!! SPEAK UP FOR JK#StandForJK
BIGHIT PROTECT JUNGKOOK pic.twitter.com/UWQwgl2a1p

SPEAK UP FOR JK he didn’t deserve all of this, back off haters! BIGHIT PROTECT JUNGKOOK like what you said, he can wear what ever he wants!!! pic.twitter.com/O4j2SBAfOE

we all know that what and how precious he actually is. So please stop blaming him.
Protect him….
BIGHIT PROTECT JUNGKOOK
SPEAK UP FOR JK pic.twitter.com/lq7u5Nr6RW

Like literally you’re jealous cause you can never reach that peak of success but being this much toxic?If you think you can put him down by doing this shitty things then sorry you are making a fool out of yourself.Wake Up!?‍♀
BIGHIT PROTECT JUNGKOOK
SPEAK UP FOR JK#StandForJK pic.twitter.com/SQdC7VwLYT

First of all Jungkook never mentioned the brand that he uses Armys are the one who find out the brand of everything
Second of all whoever did this is just trying to bring Jungkook and BTS down and we won’t let them
•
BIGHIT PROTECT JUNGKOOK
SPEAK UP FOR JK #StandForJK pic.twitter.com/9ymCry4yc5

It remains to be seen if Jungkook will face any consequences in the aftermath of the netizen’s report.

One in TWENTY children had Covid on any day last week

15 Saddest Movies That Are Certified Tearjerkers

Genetics can determine how much methane cows release when…