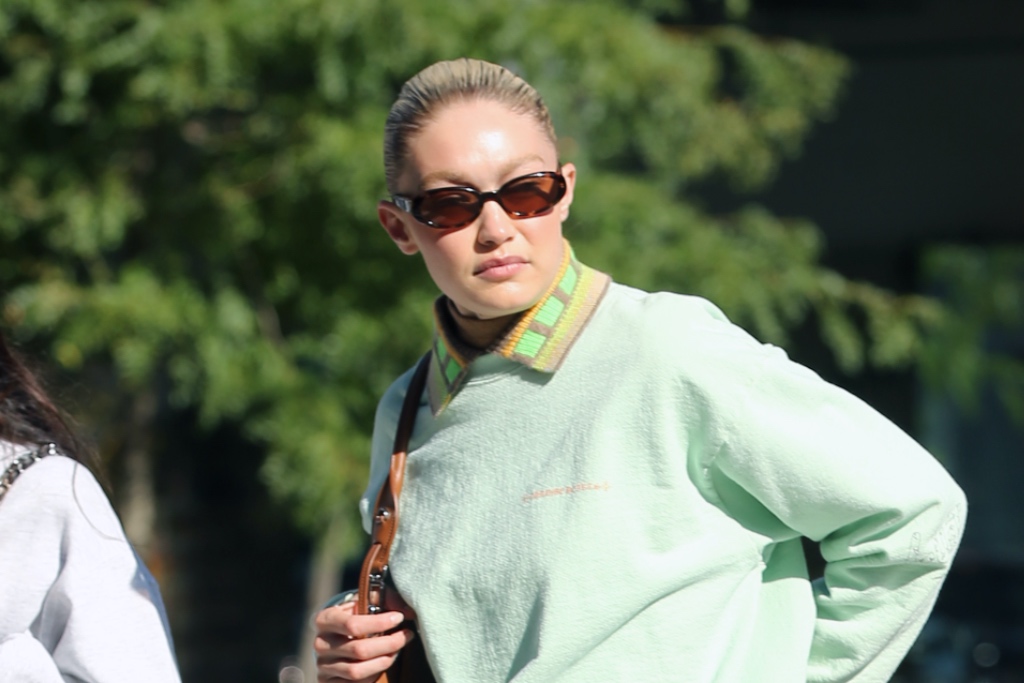 Gigi Hadid went with a menswear style for a recent outing. The supermodel stepped out in NYC after wrapping up a long fashion month where she walked in Milan, Paris and of course, New York. For her outing, she threw on a cozy look.

Hadid wore a light green oversized sweater with a crewneck worn over a green collared shirt. She paired the layered tops with brown baggy trousers. Her high-waisted pants featured a front pleat. She added sunglasses and a brown leather shoulder bag to the look.

Hadid completed the ensemble with a pair of brown leather loafers. Her shoes featured a chunky lug sole and a leather band across the top of the shoes. Loafers were first popularized in the 1950s amongst men, yet evolved over time into many styles and silhouettes. For men, loafers tend to be business-casual shoes; for women, they can also be lug-sole shoes synonymous with schoolgirl style.

Hadid’s shoe choices typically run on the casual side. The Maybelline muse often wears sneakers by Converse, Nike, Puma and Reebok, which she collaborated with on a capsule collection in 2018. Slides are one of her longtime favorites, which she’s worn from brands like Adidas, Ugg and Alexander Wang. However, Hadid’s also known to style show-stopping heels, especially pointed-toe pumps, boots, and strappy sandals by Stuart Weitzman, Giuseppe Zanotti and Christian Louboutin for formal occasions.

PHOTOS: Check out the gallery to see more of Gigi Hadid’s best street style looks over the years.