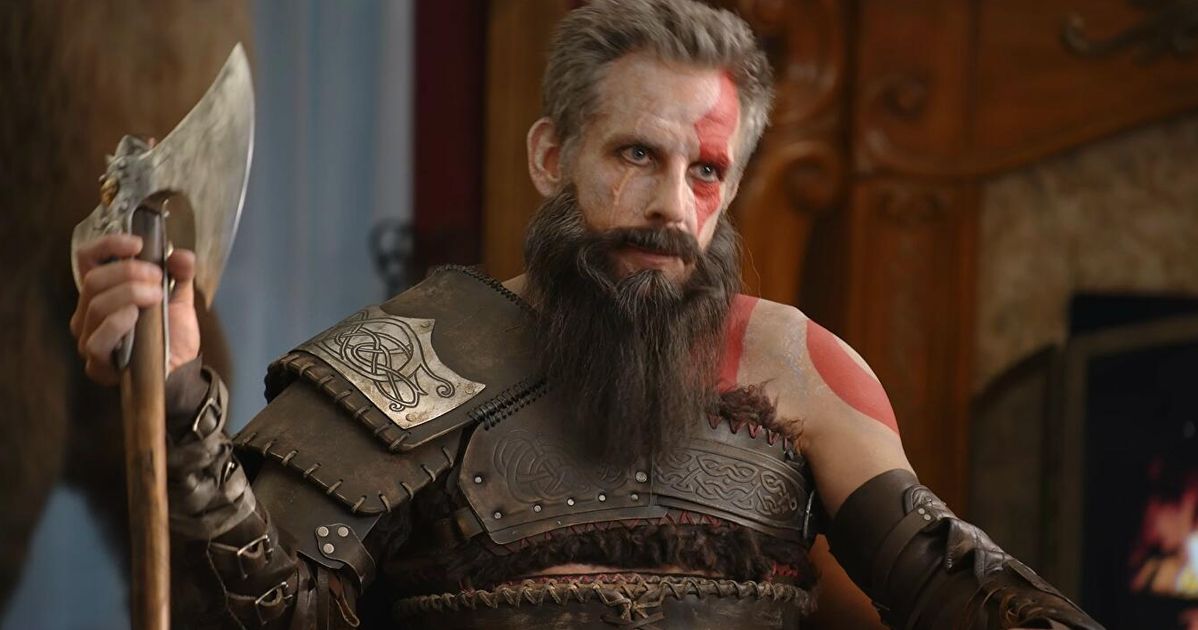 The release of God of War Ragnarök is on the horizon, and Sony just dropped a new star-studded live-action trailer starring Ben Stiller, John Travolta and basketball legend LeBron James ahead of the release of the epic Nordic adventure video game.

The action-adventure game, developed by Santa Monica Studio and published by Sony Interactive Entertainment, focuses on Kratos and his son Atreus as they take on the Nine Realms.

With the father-son relationship as a key story element in the game, the hilarious trailer shows Stiller portraying Kratos as he leads a father-child support group with Travolta, James and their children.

Completely dressed in the garb and with the face and body paint of the character based on Greek mythology, Stiller discusses the relationship challenges facing Kratos and Atreus in their latest adventure before pointing to their bond to encourage the Hollywood stars to better communicate with their children.

“The God of War dynamic plays out in every parent-child relationship. When that clicked for me, I picked up my Leviathan Axe and felt truly close to my son for the first time,” Stiller quipped in the ad.

In the clip, which also features James’ son Bronny, Stiller’s son Quinlin and Travolta’s daughter Ella, Stiller delivers some laughs to promote the otherwise serious game, including when he calls James and his son’s revelation in their relationship a “LeBreakthrough.”

God of War Ragnarök marks the eighth game in the God of War main series. Ahead of its arrival, Sony revealed Tuesday that 2018′s God of War has sold more than 23 million units worldwide.