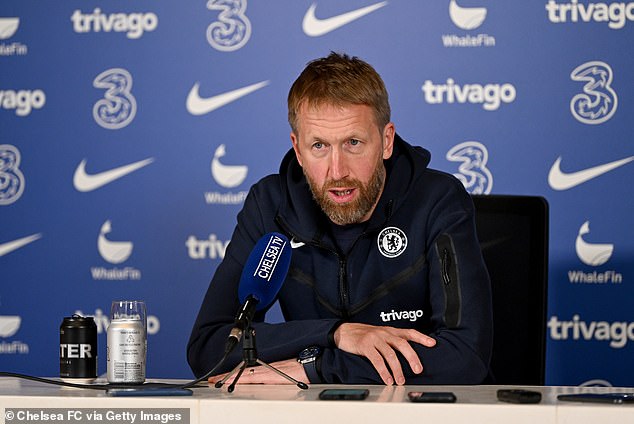 ‘Eddie has done a fantastic job’: Graham Potter praises Howe and former Brighton colleague Dan Ashworth for the job they are doing at Newcastle as he reaffirms his belief that successful clubs do not hinge on one individual

Graham Potter has praised the job being done at Newcastle by Eddie Howe alongside Dan Ashworth, the Chelsea boss’s former Brighton colleague.

Newcastle, against most early season predictions, currently sit third in the league with the chance to go nine points clear of Chelsea heading into the World Cup break.

Speaking ahead of Chelsea’s trip to St James’ Park on Saturday evening, Potter said that Howe, who on Friday was crowned October’s Manager of the Month, was doing a ‘fantastic’ job at the club and inferred that Ashworth’s presence reaffirmed his belief that football clubs operate best when there is a strong club structure.

‘I think it’s more of a reflection of the job they’ve done. I think Eddie has done a fantastic job. He’s improved the players there and have spent some money to reinforce the team,’ he said. ‘I can speak for half an hour about how good I think Eddie is as a person and as a coach. I have huge admiration for him.

‘He’s galvanised the team there, there’s a fantastic support up there at St James’ Park and it’s a club moving forward.’

Asked about Ashworth himself and his influence, Potter appeared slightly reluctant to praise him directly but said his presence was indicative of a strong football club from top to bottom.

‘I always say, as I said at Brighton, it’s not one person – it’s a football club. You need a good organisation, you need a good structure [and] you need to align all of the resources that you have. Dan (Ashworth), I’m sure, will help with that,’ he said. 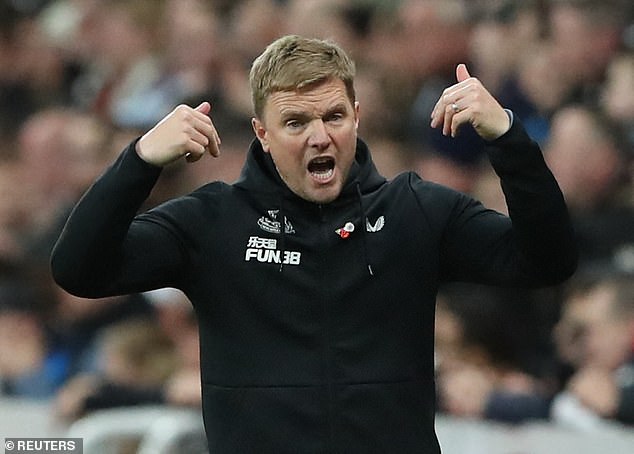 Potter worked alongside Ashworth for two years at Brighton before the sporting director upped sticks to work for Newcastle. He only began this summer after gardening leave from Brighton prevented him from beginning his role any earlier.

Potter has already faced Newcastle once this season with Brighton all the way back in August.

The Chelsea boss said he believed his side played well that day. Were it not for some characteristic wastefulness in front of goal, they could have won the game. 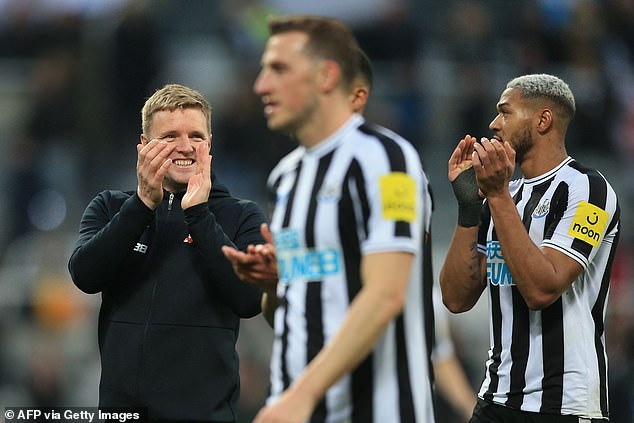 Meanwhile, Potter admitted to his side having struggled in recent weeks. They are four games without a win in the league and Potter said their performance was not up to it against Arsenal on the weekend.

‘I think we recovered well against Zagreb but then didn’t play so well against Arsenal, I think that’s fair. Our performance was not good,’ he said. ‘I thought we played well against Manchester City.

‘It’s always a process, finding out what the players can do, what they’re comfortable to do. Where their strengths are and how you can balance the team. 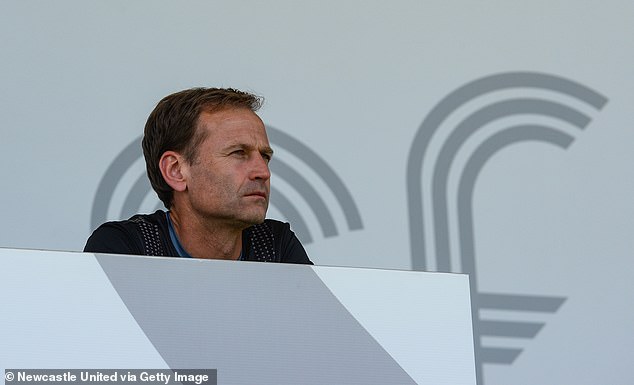 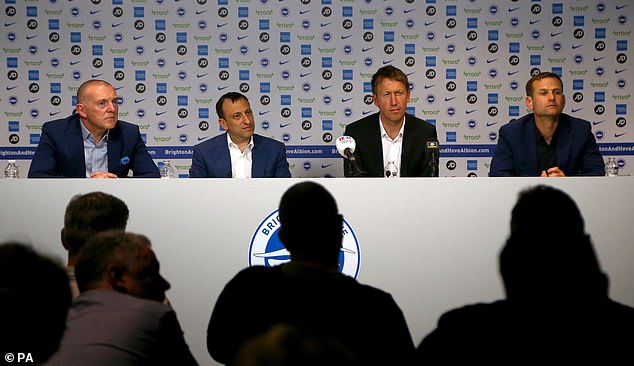 ‘I’m pretty sure there’s going to be loads of things that enter the head as you reflect and go game to game, trying to prepare the team. But, in the six weeks we’ve had since the international break, it’s been incredibly intense and challenging.’

Potter also revealed that he will likely meet with the owners – as he does regularly – when the season breaks for the World Cup to discuss the past and future.

‘Yeah, I’m pretty sure we will. We have a regular dialogue anyway. Sometimes you need to reflect, think and analyse,’ he said. ‘Absolutely, we need to think about what’s happened and what we can do to improve.’ 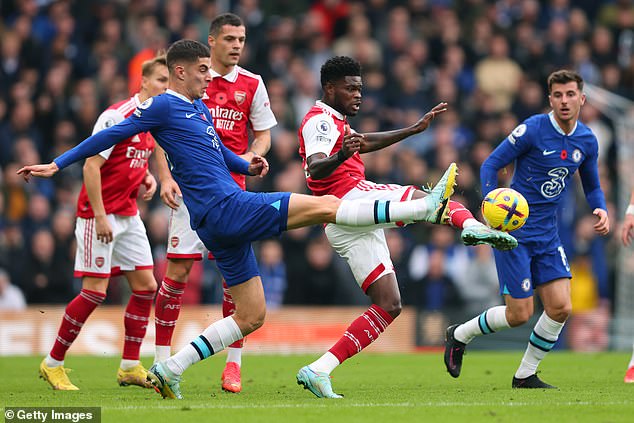