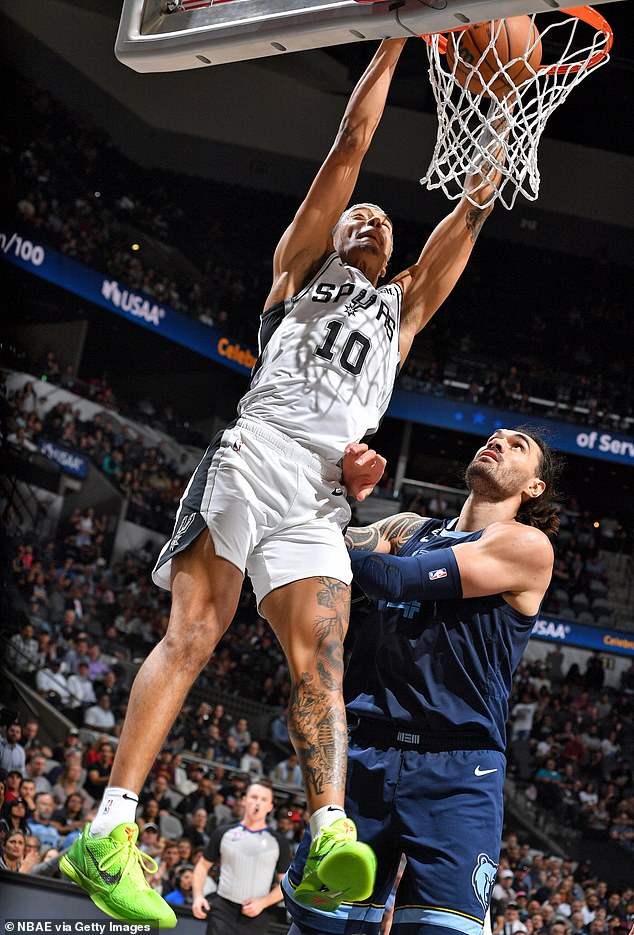 The high-flying Grizz finally toppled a young Spurs team in overtime 124-122, but not before Adams let Sochan know after he deployed an interesting tactic.

It has since been revealed by Adams that the San Antonio youngster pinched his nipple in an attempt to disrupt the giant New Zealander.

‘In the last play of the game, he was messing me around — pinching me and stuff,’ Adams said. 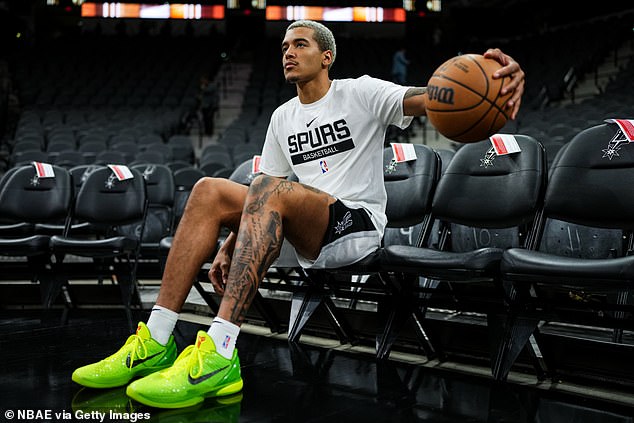 Sochan has impressed for the Spurs organization in his rookie season since being taken ninth overall in the 2022 NBA Draft.

Adams is in his 10th season in the NBA and second as a Grizzlies player after a brief one-year stop in New Orleans, and seven prior in Oklahoma City. 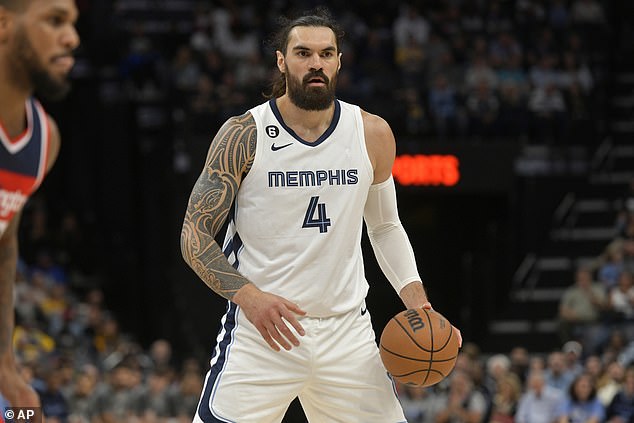 Adams is a 10-year NBA vet from New Zealand, he has played for OKC, New Orleans & Memphis