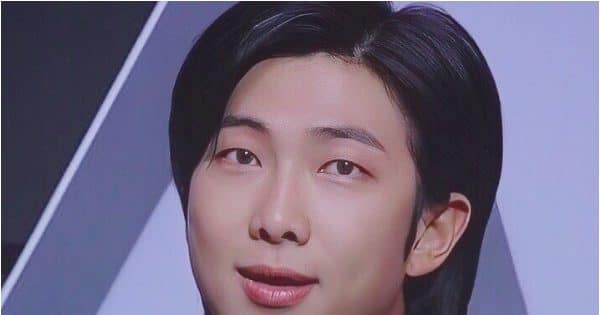 The Fact Music Awards 2022 was a treat for BTS fans as the members of the band, Jin, Suga, J-Hope, RM, Jimin, V, and Jungkook performed there, and also won multiple awards. While ARMY was super happy about their performance and victory at the awards, there have been reports of the K-pop band members joining the South Korean military soon which means that for a few months they won’t collaborate for making music. Reportedly, it has become a topic of debate whether the band should be exempted from military service or not. Also Read – BTS: RM aka Kim Namjoon drives ARMY crazy as he posts a bathtub pic; fans say, ‘Google how to be water’ [View Tweets]

BTS always makes it to the headlines in the Hollywood news, and amid all this, RM, the group leader, gave an emotional speech at TMA Awards 2022. According to Indian Express, RM in his speech said it has been a long since they have been to awards like this. They met countless cool artists who were there with them at the awards, but they are not sure if they have been cooler artists or have had better promotions than others this year. He further said, “Which is why I feel really apologetic.” Also Read – BTS: K-pop band members to join South Korean military soon? [Read Deets]

RM further mentioned that because they have worked hard for these 10 years, they feel the fact that they are able to think about this is due to the huge amount of love they received throughout these years. He further said, “We wish that we could talk about many things through our style like we usually do and always have done. But right now, we are unable to do so. Once more things are sorted out, we will be able to convey our true selves to you like we always have.” Also Read – The Fact Music Awards 2022: BTS member Kim Seokjin being carried on stage by Jimin and J-Hope is the cutest thing on social media [Watch Video]

One of the highlights of the TMA 2022 was Kim Seokjin being carried on stage by Jimin and J-Hope. The video of the same has gone viral on social media.

Check out the video of BTS member Kim Seokjin below…