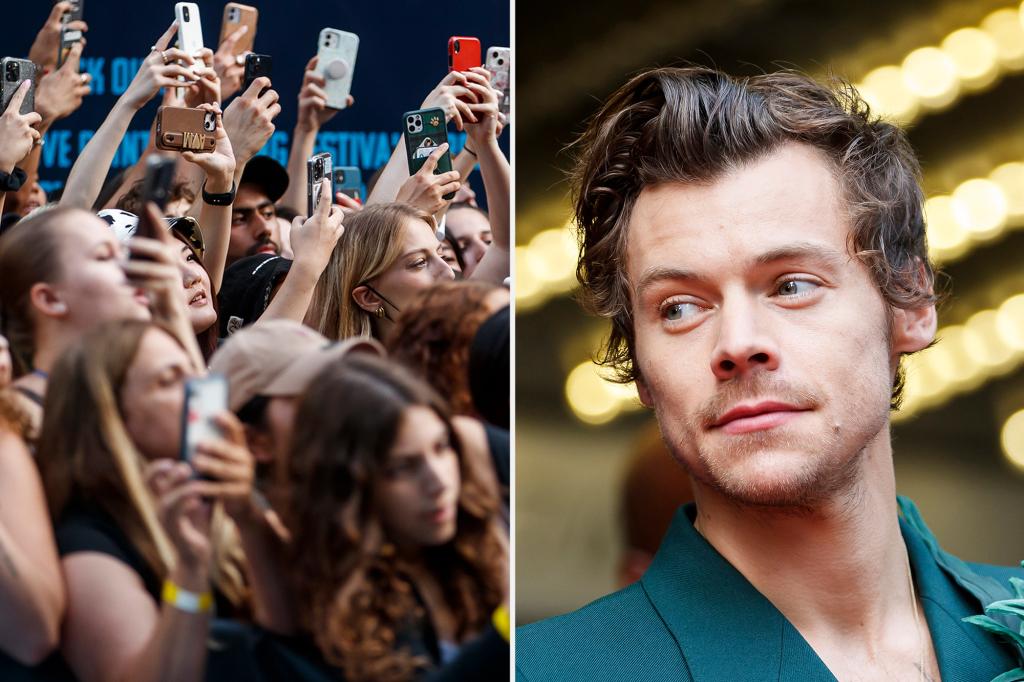 That’s what one moment in the pop star’s very serious “My Policeman” would suggest, anyway — and it had the premiere audience in stitches Sunday night when it gave his good looks a “Watermelon” shrug.

Styles, 28, plays a gay British cop named Tom during the 1950s, and his secret lover Patrick (David Dawson) is a museum curator and artist. When Tom’s girlfriend Marion (Emma Corrin of “The Crown”) notices a drawing of Tom by Patrick on the wall, she expresses her shock that her so-so beau was the chosen subject.

Tom shoots back: “Patrick says ordinary people are the best faces to draw!”

The Toronto International Film Festival crowd at the Princess of Wales Theatre roared with laughter at the line, knowing full well that Styles, who was in attendance, has graced covers of Vogue, GQ and Rolling Stone and regularly has headlines written about him such as “Harry Styles Is ‘Uncomfortable’ as a Sex Symbol.”

This summer, Styles has been everywhere. Besides his 15-night Madison Square Garden concert series in New York, the former One Direction singer has been traveling the world promoting his two new upcoming films.

“Don’t Worry Darling,” directed by his girlfriend Olivia Wilde, premiered at the Venice Film Festival earlier this month — where Styles insisted he did not spit on co-star Chris Pine — and hits theaters Sept. 24, while “My Policeman,” which debuted in Toronto, will be released Oct. 21.