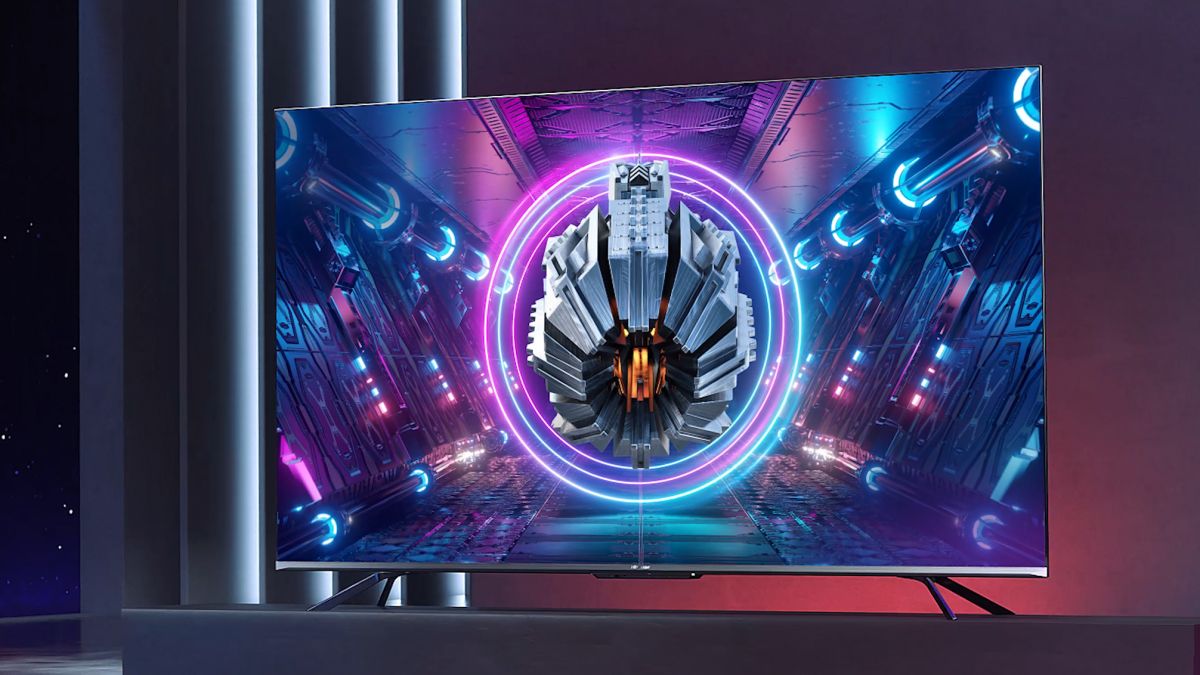 Television sets like the U80G, U8G, U9DG and A6G have proven that Hisense can manufacture premium-like devices that won’t crush your bank account. While those sets offer a little something for everyone minus preferential differences in feature sets, the U7G sits in an interesting position amongst its siblings. Described by Hisense as a “TV that makes gaming smooth like butter,” the U7G focuses on improving gamers’ experiences in some meaningful ways.

This includes a high 120Hz display, Game Mode Pro to help reduce input lag, an Auto Low Latency Mode, Variable Refresh Rate, Variable Refresh Rate and Freesync for PC gamers. All of those features should definitely help serious gaming enthusiasts or aspiring esports players looking to have the biggest advantage possible. Helps that the U7G features many standards to Hisense’s U Series line-up including Dolby Vision, IQ and Atmos alongside HDR10+.

Long story short? PC Gamers or individuals lucky enough to get their hands on an Xbox Series X or PS5 will appreciate the U7G’s capabilities.

On its own merit, the TV functions as a great general-use screen outside of gaming thanks to both great Android TV implementation and beautiful display. After spending a week with the U7G, here are our takeaways.

Compared to other UHD TVs, the U7G impresses across the budget brand spectrum. Though priced nearly $200 higher than the cheaper TCL R635, the U7G can run games at 4K/120Hz. More premium TVs like the Vizio P Series cost significantly more and utilizes its proprietary SmartCast operating system which isn’t as good as Android TV or Roku.

In terms of the design, the U7G shares a lot in common with its higher priced U8G relative: from far away, the two look nearly identical until the legs come into play. While the U8G utilizes the wider and legs that extend out enough to take up more than enough space, the U7G has slimmer boomerang style legs. As a nice touch, there are two slots per side about a few inches apart which helps in space management. Screwing the legs in also didn’t take much work, either.

Other aesthetic similarities with the U8G include the thin bezels outside of the bottom center where the off/on switch for the mic is located. Slightly smaller in size and weight than the U8G, maneuvering it around a mid-sized apartment wasn’t difficult. Placed against the wall, the rear also doesn’t stick out much either.

For a gaming focused television, proper port layout is important. Though the power cord sits on the right side, everything else sits on the left. This leaves you with a vertical slab for four HDMI ports including one eARC, two USB inputs, RF input, RCA composite and 3.5mm audio port. Digital audio output and LAN port are located on a horizontal section nearby. PS5 and Xbox Series X|S owners are going to get plenty of usage out of the two HDMI 2.1 ports that’ll allow 4K/120Hz gaming. The other two HDMI ports support 4K/60 which is fine for other consoles like the Nintendo Switch or Amazon Fire device. If you’re a multiplatform gamer and PC gaming enthusiast, that’s going to require either a HDMI 2.1 splitter or manually switching ports which may be annoying for that segment of gamers. Having a third HDMI 2.1 port could have simply solved that.

In an era where Roku and Apple TV remotes are small enough to get lost in an instant, much respect to Hisense for making theirs big enough to reasonably keep track of. Offering backlighting in dark rooms is an added touch that’s appreciated too. Expect standard Hisense Android TV controls including the bigger Google Assistant button, home, back and menu button. Then there is the standard input button, media controls, and streaming service hotkeys.

Depending on how invested you are into Google’s ecosystem, you’re either going to love or hate Android TV. Starting with the initial set-up, all Android users have to do is log-in through their Gmail account and everything from Wi-Fi to streaming apps is pulled from your Android phone. It’s something really sleek about not having to deal with the “new TV” moment where users spend time trying to remember passwords that they haven’t entered in months.

Because Gmail account information is saved, this means that saves and points from compatible Google Play Games carry over to Android TV. Gamers who play Crossy Road, Asphalt Racing and the likes don’t have to start over. Android TV users who want to play more complex games or Google Stadia can just use a compatible Bluetooth controller.

Past the start up, testing didn’t reveal any much sluggishness or slow prompts. Going from streaming service to streaming service was a fast and zippy experience. Standard apps including Netflix, Prime Video, Hulu, Disney+, Paramount + and Peacock worked without any issues. The only notable issue was Sling TV freezing where the power plug had to be removed for a restart.

Chromecast worked well regardless of streaming from phone, PC or Chrome web browser. Compared to other devices with television streaming solutions, there weren’t any high levels of lag when viewing videos or using the U7G as a second screen from a PC.

The bad news? Mileage may vary for voice controls. On a basic level, media controls for volume, stop, pause, play, rewind, fast forward and play work well enough. However, the U7G will get confused if users have multiple smart TVs, Android devices and Google Home pods close to each other. Users who don’t want to use voice controls can, of course, easily switch the mic off.

Unsurprisingly, games look absolutely beautiful on the U7G. Doesn’t matter if users have a PS5, Xbox Series X|S, Switch, PC or all four, there’s so much to love with the 4K/120Hz display: colors are vivid, blacks are deep and the contrast feels almost perfect. Having 1,000 nits of peak brightness and 72 local dimming zones ensures visuals look amazing all around. Through and through, gamers are going to be extremely satisfied with the U7G.

One of the first pieces of software tested on the display was the well regarded Matrix Awakens Unreal 5 tech demo. As one of the most visually polished releases for current-gen consoles, there isn’t a better way to show it off on a budget than the U7G.

Most importantly, Game Mode Pro will definitely give gamers an edge in both refresh rate performance and latency improvement. This is definitely more noticeable in first-person-shooter games like Halo Infinite and Call of Duty: Warzone where extremely smooth experiences.

Games that support 4K/120Hz like Ratchet & Clank: Rift Apart, Dirt 5 and Halo Infinite are a real treat to watch in real time.

PC Gamers with the right set up who require a large screen are definitely going to be in for a treat with higher visual fidelity titles like Cyberpunk 2077 and Metro Exodus Enhanced Edition. Helps that U7G has Variable Refresh Rate alongside Freesync capabilities for AMD graphics card users

For general television and film watching, the U7G shines bright as well. Netflix nature films like Night on Earth does a wonderful job of displaying how well colors contrast to blacks during night scenes. Due to various motion settings, sports from football to racing provide crisp, clear and smooth running visuals.

More colorful films including The Eyes of Tammy Faye and Don’t Look Up do a great job in showing off the U7G’s richness. Meanwhile, more action heavy content like Disney+’s The Book of Boba Fett provides vivid colors that don’t wash out during fast-paced action.

Similarly to the U7G and other newer sets from Hisense, audio quality is where things consistently fall flat. Gamers are most definitely going to make sure they have a high quality headset or pair of earphones when gaming and everyone else might want to invest in a soundbar or speaker system as the built-in speakers don’t completely cut it.

The good news, thankfully, is that the TV can get loud but quality drops once volume levels reach past 20 points.

Dolby Atmos support does sound great when volume levels are around 15 point range in a small to medium room. Larger rooms might have some issues if trying to hear audible nuances, though.

Should you buy the Hisense U7G Series?

You are a console gamer looking for a affordable 4K TV
A 55-inch 4K TV with a native 120Hz refresh rate under $900 bucks with the feature set that rivals bigger, more expensive brands is nearly a steal.

You like Android TV
Android phone owners will love how seamless the initial set-up experience and log-in process is with Android TV.

You want a quality visual experience past gaming
Beyond the gaming focus, the UG7 gives phenomenal visual performance for film and television.