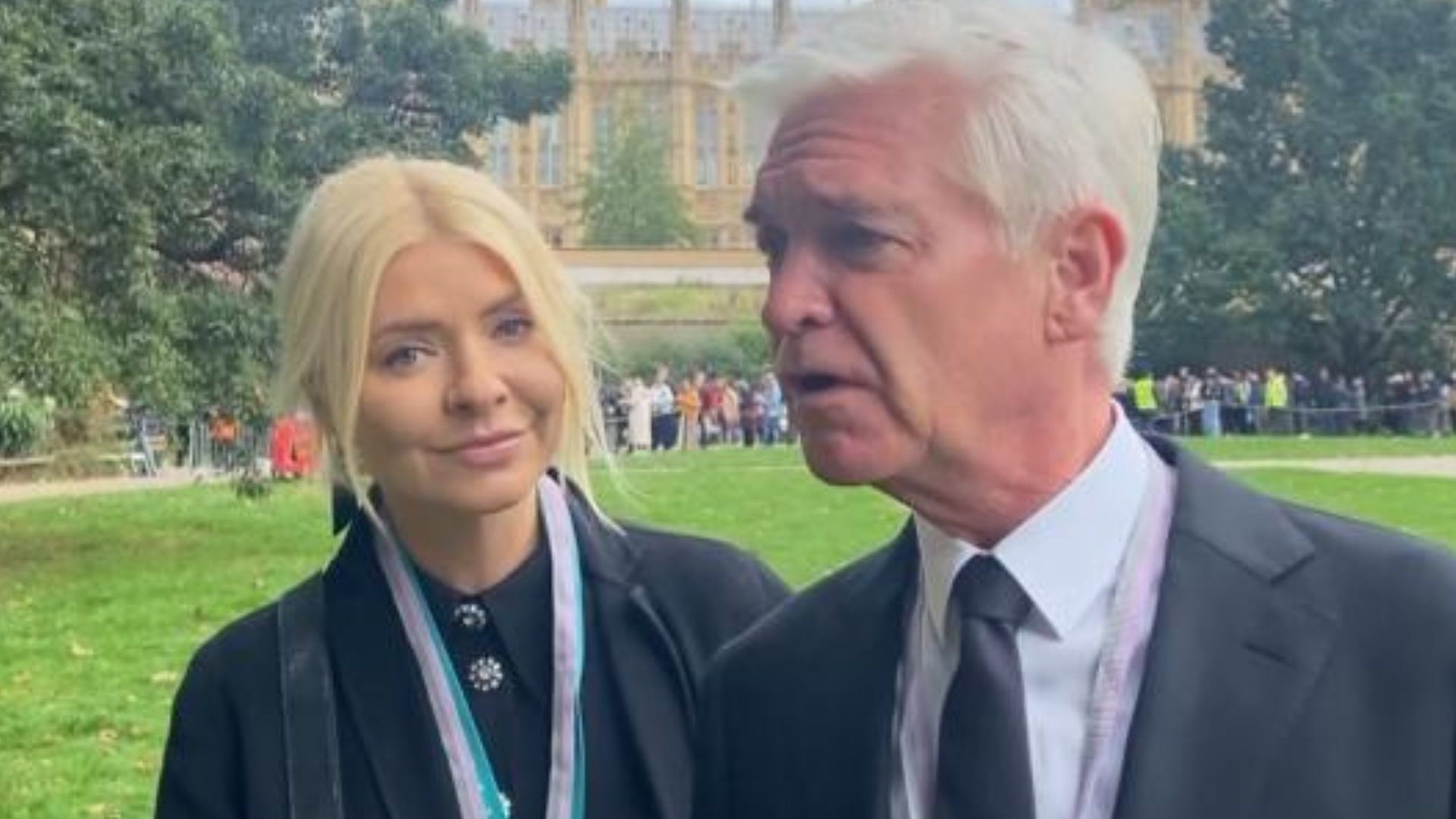 Holly and Phil were ‘heckled’ by Brits in queue, source claims

A Brit who was in the queue when Holly Willoughby and Phillip Schofield cut to the front has claimed the iconic duo were “heckled” by fuming Brits.

Joe, from Nottingham, waited a staggering 14 hours to pay his respects to the Queen.

He told The Sun: “We were in the zig-zag line right at the end of the queue when we saw Phil and Holly.

“They walked straight past us all and a few people started shouting.

“People were saying, ‘Oi, Phil, Holly, get to the back of the queue!’. Phil looked around and smiled as if to say, ‘We can do what we want’.

“It angered a lot of people. People were saying, ‘How can they do this?’ There was a real hatred for them, it wasn’t right.”

“We had queued for 14 hours right next to the Thames in freezing temperatures.

“People were tired, frustrated, some were crying, we all had to keep each other going, it was a graft. So to see those two sail past without a care in the world really angered us.”